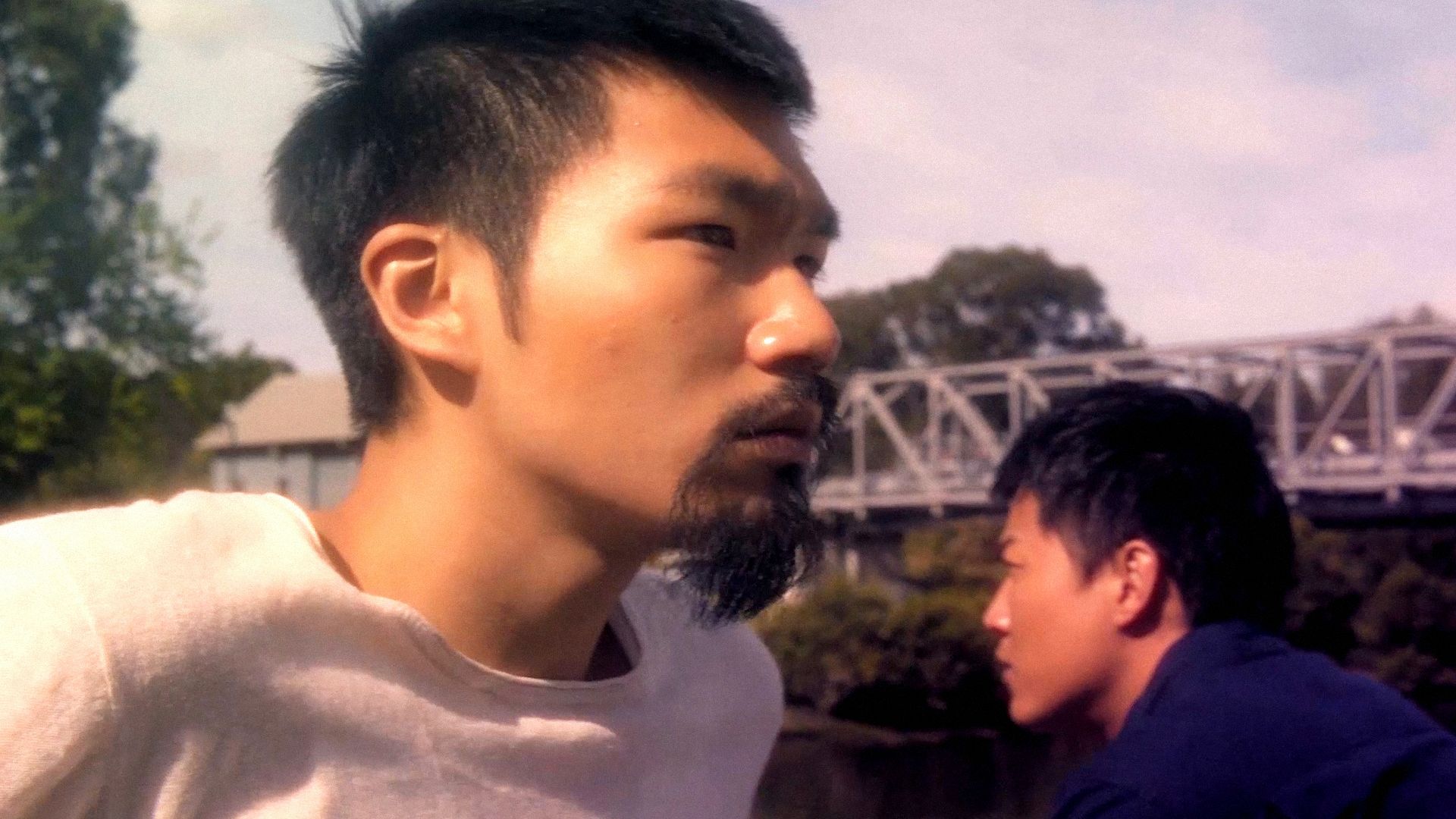 I Miss You When I See You is a tender and courageous film about the complexity of adolescence, identity, sexuality and struggles with cultural conformity by director, Simon Chung. I Miss You, breaks the silence with an intimate portrayal of lost innocence, friendships and burgeoning love between two young high school boys discovering their sexual identities that clashes with the socio-cultural norms and the realities of depression and homosexuality.

International Examiner: Can you tell us how this film emerged, reflecting on your earlier films and how your work evolved over the years ?

Simon Chung: I’ve made four featured films and three shorts. One of the inspirations for this film is a short called Stanley Beloved from 1997. The initial inspiration was to visit these characters and imagine what their lives would be like ten years later. The original story has to do with two kids who are in secondary school named Kevin and Jamie, Jamie is Caucasian and Kevin is mixed Chinese and Caucasian, very good friends in high school. Kevin has to leave to go to study in England, tells Jamie one night and has a kiss.

The I Miss You two main characters are also named Kevin and Jamie who were good friends in high school, and Kevin has to immigrate to Australia with his mother, so it echoes like the earlier story. In terms of how it evolved, I think as I get older, my films are less to do about myself per say.

IE: How did you find your voice as a storyteller?

IE: When did you become aware of your own sexual identity?

SC: A bit earlier before I moved to Canada, when I was about 14 or 15 years old. Like Kevin in my movie, I also had like a high school affair which prematurely ended because of my move to Canada. I had to rediscover my sexuality within the disparity of white society, that was interesting.

IE: How was it dealing with your family and parents in Asian culture?

SC: In the west, people believe in coming out. Whereas that need is not as urgent in many Asian families. I never had to say I am gay to my parents, but somehow it’s understood and it’s unspoken…. unspoken acceptance? Well, I am not sure because we don’t talk about it, so I don’t know how much they know. After a few years my father would still be saying, “Why don’t you get a girlfriend?” Not like a high-pressure thing, just mention it.

IE: Breaking the silence is never easy especially around stigmas that exists in our communities and in society. Can you talk about the role art and artists can play to break the silence about depression, mental health and LBGT and other social cultural issues?

SC: To me, depression and homosexuality are issues that are closely tied because in both conditions the person feels very isolated and feel they are the only person in that state, and they are both very lonely sort of conditions. Also, I have suffered from depression on and off throughout my life, and that is very much tied to my sexuality because it has to do with me wanting connection with other people, wanting love. I feel these issues are very important for the gay community, so I want to explore that with this film.

IE: In writing this script, what challenges did you face in telling the stories of Kevin and Jamie?

SC: First depression is very hard to deal with because it is a very internal condition. Often times in real life, you don’t really know a person is depressed because they don’t really show signs or they hide themselves away or sleep for 16 hours. So that isn’t very cinematic. The challenge was to present this condition within a storytelling medium to make it somewhat dramatic.

The other thing is the budget. This film was five years in the making. It is a very difficult film to fund because of the homosexuality content and especially within the current movie-making business in Hong Kong. We have become reliant on the Chinese market and a lot of films made are co-productions with Chinese companies and meant for release in China, so films with homosexual content can’t be shown in Chinese theater or on Chinese TV.

IE: How did you navigate to find the balance between the sensitive and hard topics like the scene of getting HIV testing to the light and sweet moments of love and friendships?

SC: Not sure if it’s deliberate because you can’t make a film of complete despair that would be dull. The film is about these four characters, make them well rounded as possible and to inject different point of views and less just about Kevin and his frame of mind, so it is also about these other people and makes it less heavy.

IE: What would you like to say to the young people like Jamie and Kevin who are struggling with their identities and sexuality?

SC: I’m not sure about that. I am very leery about giving advice to people, I think people should find their own paths. If I was a younger person, the last thing I want to hear an older guy telling them what to do. (Laughs) Also, this film hardly gives them very high hopes about the future, it’s bleak, and there is a bright ending, but it also has to do with heavy emotions.

I think young people now days have fewer struggles. It depends on their families and where they are from in the world. There are still many countries in the world now that are very oppressive about homosexuals.

And even in America, there is a lot do discrimination and people are afraid to come out. On the other hand, I went to a school in Seattle, a preparatory school and looked at their school paper and saw they had an LGBT section.

IE: On many university and school campuses in America there is a movement or accepted culture to define one’s identity (pronouns). Is that taking place in Asia, school systems?

SC: In universities, there are gay and lesbian clubs and alliances, not sure of high school. Now when you look at Hong Kong society, people are very accepting of gay people. Yet the general attitudes of the people have become more liberal. However, the political system is largely conservative politicians, and they are fighting against the liberal legislations.

For example, we don’t have any anti-discrimination laws to protect gay people and lesbians. I have friends who are high school teachers, and they are scared of coming out because they could be fired. Not even for being gay or lesbian, now most teachers are on two-year contracts and they can simply not renew your contract with no reason. There is no recourse, you can’t sue the schools.

On the other hand, you have societies like Taiwan who is moving toward legislation for gay marriage. It’s set to be the first Asian country. Vietnam and Thailand are also considering similar legislation, so it is moving in that direction.

IE: What would you say to your younger self knowing what you know now.

SC: Not sure he would listen! (Laughter) Ahh, a lot of things I would say. Not to be so scared. Not just me, so many people are ruled by fear that they don’t know that really nobody cares, in the end.

IE: What do you hope the audience walks away with from seeing your film?

SC: In this film, it is an open ending and there is no one single message I want to give, except maybe something about hope and the future. Especially when you are depressed, you don’t think of the future, you think that this thing you are feeling or this condition will last forever and you can’t see beyond it.

Things will change. Some people don’t realize that.