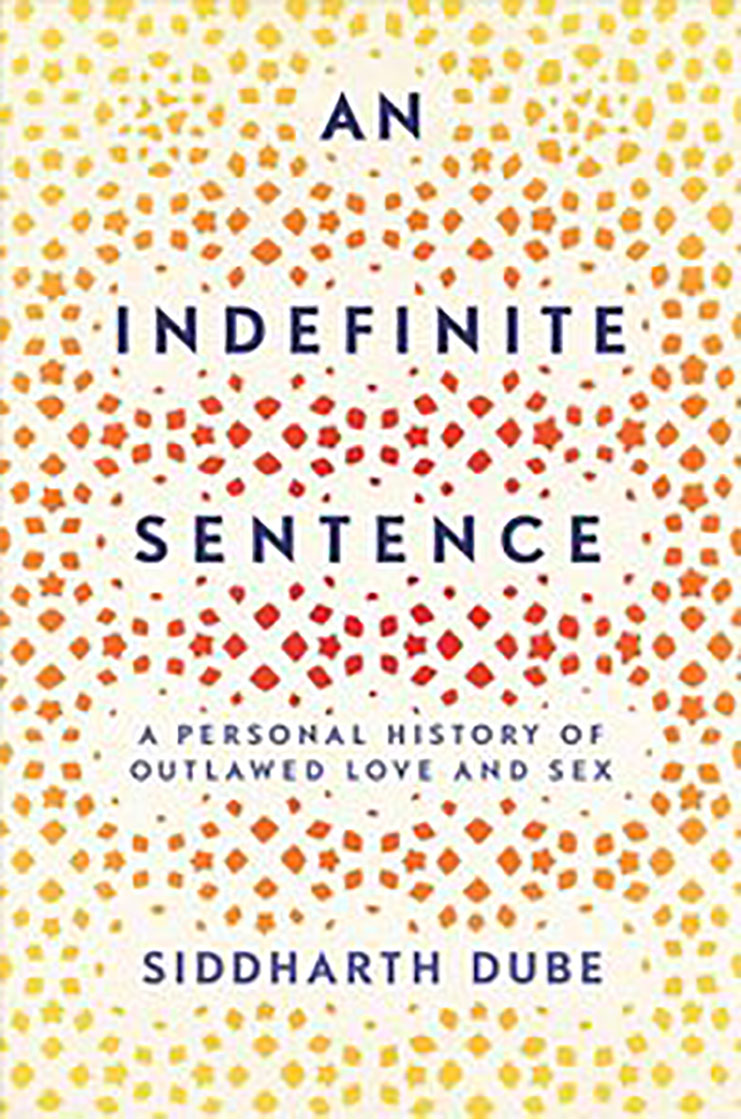 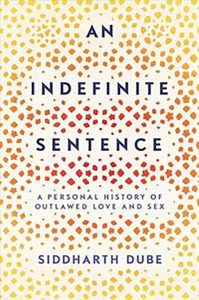 In An Indefinite Sentence: A Personal History of Outlawed Love and Sex, Siddharth Dube writes a compelling memoir of being a cosmopolitan gay Indian man in a nation that criminalized homosexuality and of coming of age in the 1980s when the AIDS epidemic was just becoming known around the world.

His narrative intertwines stories of growing up gay in India, his struggles with social and cultural marginalization both in India and the U.S., his work in public health focusing on AIDS and sex worker rights, his complex relationship with his parents, his friendships and his romantic relationships.

Born into a wealthy Calcutta family, Dube and his brothers attended elite schools, including the famous Doon school. He writes of the rampant sexual abuse and violence inflicted by older boys on younger ones. For a child who was beginning to grapple with his attraction to other boys, this was a terrifying introduction to sex. But for his kinder, older brother’s intervention, the young Siddharth might have suffered more.

In Doon, he also made his first lasting friendships and experienced romantic love. Dube writes of his struggles to identify as gay and to come out to his parents and friends in a culture that criminalized homosexuality and rendered it invisible. College in Delhi at St. Stephens allowed him to discover others who were gay and to come out to a few people. One of the most moving scenes in the memoir is when he comes out to his father who responds with both love and confusion. The narrative charts Dube’s powerful and evolving relationship with his father from early childhood to the end of his father’s life on a mountaintop home in the Nilgiris.

Woven into the story of his own sexual awakening and exploration of his sexual identity is also the story of his remarkable work as a writer, public health advocate and policy maker. Dube studied at Tufts and Harvard, and at the latter institution he worked with Jonathan Mann, “the architect of the international response to the pandemic,” who had been at the World Health Organization prior to joining Harvard.

From Mann, Dube learned much about the challenges public health workers faced with the rising pandemic where there was then no vaccine, no known cures, and little knowledge about transmission. He notes that Mann’s biggest contribution to fighting AIDS was to insist that governments adopt AIDS control strategies that respected human rights rather than relying on compulsion. A variety of grants and work opportunities allowed Dube to follow India’s response to AIDS and to meet with many organizations and grassroots organizers, including sex workers who were tirelessly engaged in peer education and struggles against the legal and cultural barriers they faced.

The personal narrative of identity, relationships, love and loss is poignant. At the same time the detailed analysis of the public health challenges, the stories of the people fighting discrimination and misinformation, the discussion of political corruption that reaches the highest organizational levels makes this an informative and compelling read. The book is well written and leaves the reader with much to think about the history of AIDS and the cultural and legal aspects of gender and sexuality.

Siddharth Dube will be in conversation with Sonora Jha at Elliott Bay Books on June 6 at 7:00 PM.