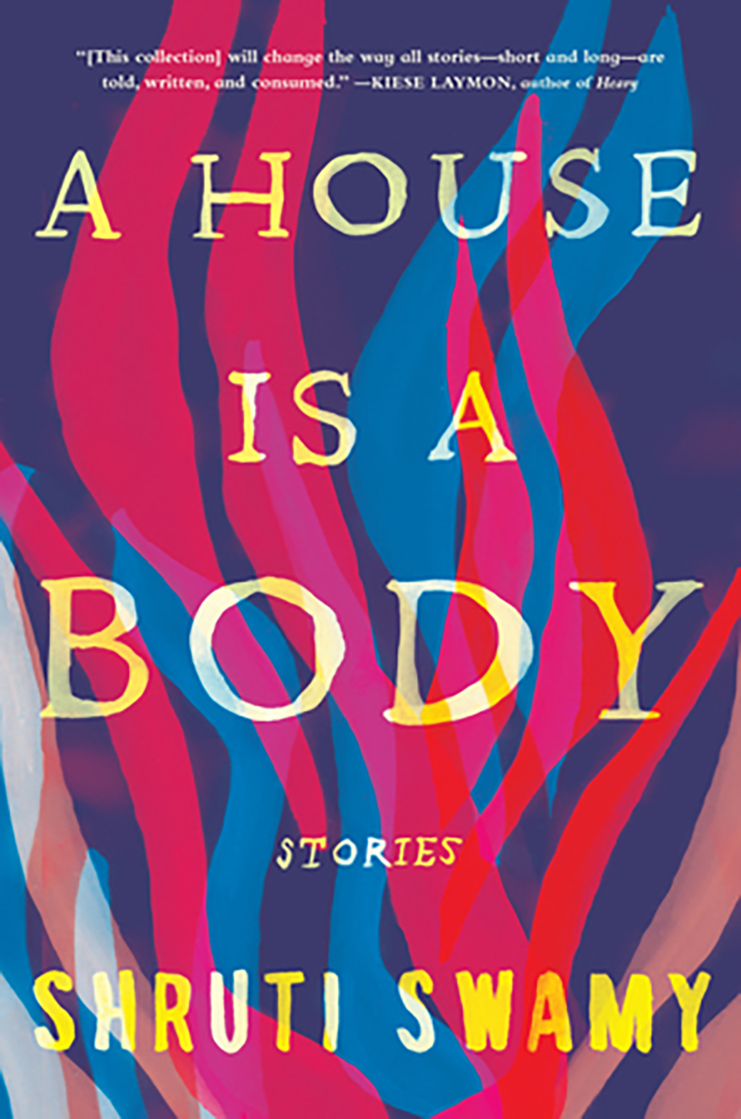 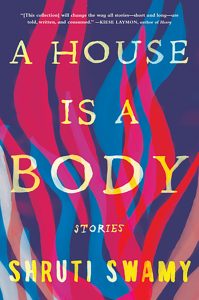 Shruti Swamy’s debut collection of short stories, A House is a Body, marks the arrival of a new voice in South Asian American fiction. The dozen stories in this collection are emotionally intense, carefully crafted, and are occasionally unsettling. Many of these stories are about loss—of home, of family, of relationships, of human connections—and the resulting emotional upheaval for the characters.

In the title story “A House is a Body,” a single mother deals with an ill child while also needing to evacuate her home threatened by a rapidly spreading wildfire. Not only is the story realistic about the everyday details of caring for an ill child, it also focuses on her mixed emotions about having to leave suddenly and trying to figure out what is important to take with her. Should she take silverware, clothes or books? How does one respond when local law enforcement is knocking persistently on your door asking you to leave right away? The story leaves the reader as anxious as the mother about the situation.

Another story, “The Neighbors,” seems like an ordinary narrative about two mothers, one white and the other Indian, getting to know one another as new neighbors. One brings cookies over to meet the neighbors, their young daughters cautiously engage with each other, the children play in the sprinklers on a hot day. In the ordinariness of this day in suburbia, Swamy subtly introduces two women who are victims of domestic violence—both bear bruises and there is an unspoken recognition between the two but a refusal from the white woman to make a connection on their shared woes. The interaction between the daughters, a seemingly small spat while playing, reveals so much about how race and domestic violence impact the young.

Two of my favorite stories are “The Siege” and “Earthly Pleasures” which skillfully weave Hindu mythology into them. In “The Siege”, the story is narrated by an unnamed queen who has to deal with her husband’s abduction and seduction of another king’s wife which leads to a war between two kingdoms. To those who know Ramayana, this is the story of Sita (Rama’s wife) and Mandodari (Ravana’s wife). Without referencing actual names, the narrative builds on the budding relationship between the two women as they work in a garden and cope with their losses and the power that men hold over their lives. There are many reworkings of the Ramayana world-wide and this one allows mythic characters to be human.

In “Earthly Pleasures”, the narrator, an Indian American artist meets Krishna who is both celebrity and the Divine god known for his dalliances with many women and his eternal love for Radha. As the narrator struggles with her work, alcoholism and loneliness, Krishna becomes patron, lover, friend and muse. By locating the mythic Krishna in the diasporic context, the writer examines the profound humanity of her characters.

Swamy’s writing is fluid, her ability to evoke the senses is remarkable, and her descriptions make the reader pause and re-read many a sentence: in “The Wedding Season” she describes the sea in Goa: “The water was thick with salt, and soft, luxuriously so, like bedsheets for the rich.” These stories are rich, moving and intense. Swamy is a new voice in contemporary fiction and one we should be reading.

Shruti Swamy will read virtually at Third Place Books on August 17 at 7:00 PM.