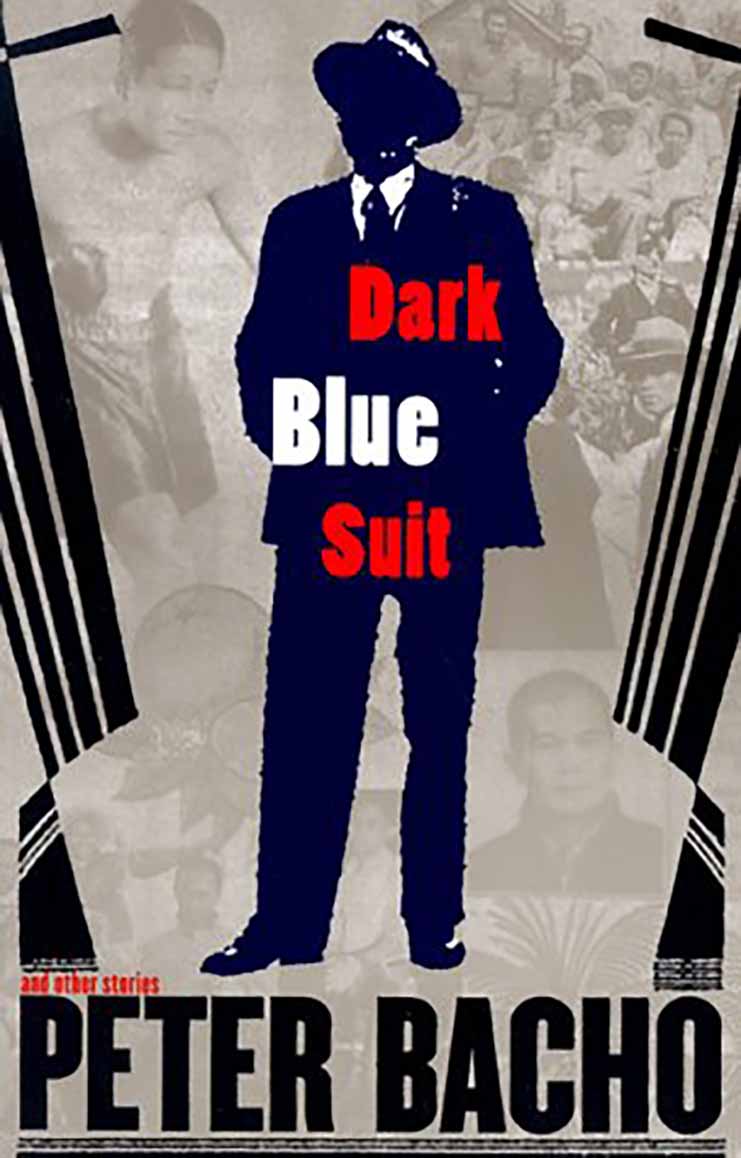 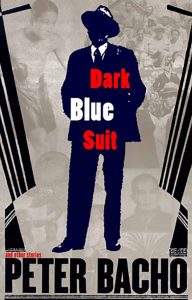 Despite Peter Bacho’s book Dark Blue Suit being published in the 1990’s, its relevance and resonance in contemporary times, particularly in the summertime in Seattle, is highly significant and worth examining. Dark Blue Suit is a collection of 13 short stories told through the perspective of a Filipino boy as he grows through childhood into adulthood. Each tale is told by the narrator as an individual, stand alone recollection of life even though there are little connections every so often weaved throughout the stories that reference back to each other.

The ultra-reflective, coming-of-age style makes this book simultaneously satisfying for pleasure reading as well as illuminating for the larger issues it brings to light. The personal touch the narrator uses to analyze his place within the larger narrative framework of immigration, cultural assimilation, identity, and race relations as a Filipino American growing up in 1960’s Seattle brings a nuanced perspective to these broader aspects of life in America.

There are parts of the book that delve into important aspects of Asian popular culture and entertainment, often to a fanatically detailed degree. One of the stories tells about the main character joining a Gung Fu institute in Seattle, the one started by the legendary Bruce Lee. This chapter goes on with numerous anecdotes that delve into Bruce Lee’s highly original and unique philosophy on fighting. Bruce Lee aficionados will recognize with pleasure the author’s obvious familiarity with the legend’s iconic, one of a kind contributions to martial arts as well as popular culture within Asian circles. There are many references dropped within this chapter that only the true Bruce Lee groupies will be familiar with, and Bacho does this with dazzling brilliance. He also does an impressive job of illuminating the cultish mystique of Bruce Lee as an entity unto itself, demonstrating his credibility with his audience. In doing this, the icing on the cake in this regard is his ability to showcase the relevance of Seattle’s centrality in the life and prominence of Lee. For Asian Americans in general but especially for those in Seattle, this aspect of the book is extremely reminiscent of a landmark part of Asian contributions to popular culture.

There are varied peculiarities throughout this work that set it apart as a must read for insiders of the Asian-American community, and in a more indirect but nevertheless equally substantive way, for the African American community.

Multiple stories in this piece chronicle the tumultuous times of the 1960’s, the era of the narrator’s childhood. One story in particular tells a narrative of the narrator’s close childhood friend, an African American man, telling him of a brawl he witnessed in which other black young men beat a Chinese person to death during a riot. Like some of the other stories, this story is dated, in this case in August of 1968, and his friend finishes by telling him that “things are changing now,” and “the revolution’s on.”

Like others in this collection, this tale gives a masterful depiction of people of color from different ethnicities interacting with each other and grappling with their differences. Far from lumping all people of color or minorities into one umbrella category, these stories portray the subtle nuances of different minorities and show the realities of how they do and do not relate to each other. By demonstrating the extremity of what life was like in the 1960’s for Asians and Blacks growing up together in the impoverished areas of Seattle, Bacho shows multiple people(s) at a crossroads, grappling with contradiction.

Given the current climate of race relations in America, including in Seattle, this work is a timely nod to the need for understanding the finer details of the plight of all people of color. It is a reminder of the utmost importance of knowing each other intimately, including some of the strained relationships that have existed between us, historically to the present. The real genius of this work is its ability to cut through to the heart of the commonalities that coexist with the distinctions between the Asian and African American communities. In illuminating this fact, I would claim that there are much more commonalities at stake, and the implications of that ought to bring the API community into conversation as well as into the trenches with the African American community, given the Latter’s current plight.

For the API community in Seattle, Dark Blue Suit is a gem that needs to be read especially considering current events, but it ought to be remembered in general as a literary jewel that is part of the cultural heritage of the API community in Seattle. Despite being a collection of short stories, Dark Blue Suit packs a punch. It is concise, but in so being it delivers powerful insight without too much wind-up. Its fine-tuned inclusion of the personality of Seattle, from the weather to the geography, brings the life of the city to light as it intermingles with the characters. This book’s depiction of the Asian-American experience in Seattle is an authentic conglomeration of race, culture, place and time.