Recently, it was revealed that Yi-Fen Chou, whose poem is included in The Best American Poetry 2015, is actually a moniker used by a white man named Michael Derrick Hudson. In Hudson’s biography note, he discussed his difficulty getting published under his real name. He decided to take on a Chinese name, which turns out to be the name of a real high school classmate. Numerous writers have responded to Hudson’s actions via social media, community forums, critical essays, news outlets, and creative work.

Inherent in Husdon’s note is his desire for attention. He writes about how he keeps detailed records of his rejections as Hudson and Chou: “As a strategy for ‘placing’ poems [using Yi-Fen Chou] has been quite successful for me.” With the story of Hudson’s yellowface act appearing in numerous high-profile places such as The New York Times, Slate, and NPR, I am concerned that the work of real poets of color are being underhighlighted. Rather than turn the attention toward Hudson, we must spotlight the work of real Asian American poets.

As an Asian American poet, I am proud to be selected by Sherman Alexie in Best American Poetry 2015. You can read my BAP 2015 poem Thaw in Birdfeast. I’d like to feature and commend the other four Asian American poets in this year’s anthology: Chen Chen, Rajiv Mohabir, Aimee Nezhukumatathil, and Monica Youn. In this way, through solidarity and literary advocacy, we can push against people who share Hudson’s beliefs and celebrate these beautiful poems and poets. 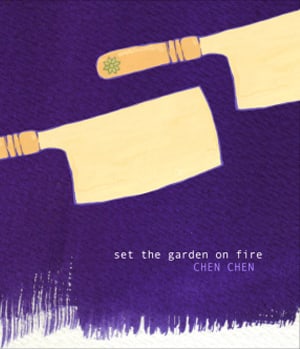 Chen Chen
“for i will do/undo what was done/undone to me” (appeared in PANK)
Chen Chen’s poem begins with a familiar refrain for those of us who grew up in America: “I pledge allegiance.” Yet, this pledge quickly turns away from a patriotic refrain toward a promise to the visceral world around him. He writes: “i pledge allegiance to the already fallen snow / & to the snow now falling. to the old snow & the new. / to foot & paw & tire prints in the snow both young & aging.” This dedication to snow demonstrates a love for the mutable: snow that will stay, snow that will melt, snow that will we touch daily. Chen celebrates the underworld of what is “left behind”: “the breadcrumbs & the blood. the toe- / nails & armpit hair of our trying & failing to speak.” I’m continually struck by the forward-moving energy of this poem and Chen’s ability to reimagine our idioms. Please check out his recent chapbook: Set the Garden on Fire (Porkbelly Press).

Rajiv Mohabir
“Dove” (appeared in Prairie Schooner)
Immediately, Mohabir’s poem stings us: “A scorpion stings me; its toxins swim my veins, / one ill prick from you and I writhe in your fever.” We enter a feverish world via language—a dream world in which the speaker takes us along with him, turning poison into a toxin full of potential. Language disperses, across nations. He writes, “I will tie messages to the feet of doves, / set them to sail at dusk with a map to your country.” We move across countries, always transnational. This lyric world of doves turns back toward a darker poison with the penultimate couplet: “So my skin never blisters with your desire, / in birdbaths I empty vials of avicide.” He asks: what does it mean to kill that which is beautiful? Often full of lush language, Mohabir’s poems raise such striking questions about loss, love, and migration. Please check out Mohabir’s forthcoming collections: The Cowherd’s Son (Tupelo Press) and The Taxidermist’s Cut (Four Way Books). 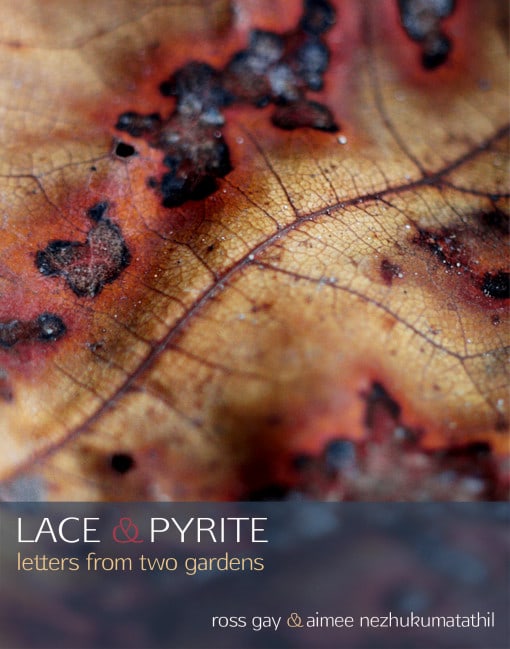 Aimee Nezhukumatathil
“Upon Hearing the News You Buried Our Dog” (appeared in Poem-a-Day)
Nezhukumatathil’s poem is a deeply alive, deeply hopeful poem; she begins with a declaration: “I have faith in the single glossy capsule of a butterfly egg. / I have faith in the way a wasp nest is never quiet / and never wants to be.” That rebellious move (“and never wants to be”) celebrates the natural world’s stubbornness. This poem finds faith in the strange world around us, with a necessary reassurance. Indeed, “a pile of forty / painted turtles balanced on top of each other will not fall.” Yet, rather than a dumbstruck kind of love for the natural world, Nezhukumatathil calls for understanding its daily occurrence. The love of science here is not so much in its precision, but in its constant messiness: “teeth grow longer / in their mouths.” This poem asks us to pay attention – to consider and love the world each day. Please read Nezhukumatathil’s recent collections, Lucky Fish (Tupelo Press) and Lace & Pyrite (Organic Weapon Arts). 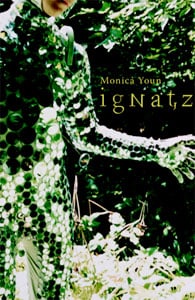 Monica Youn
“March of the Hanged Men” (appeared in The Paris Review)
Youn’s poem, which ends the anthology, is loosely based on Francois Villon’s 15th century poem, “Ballad of the Hanged Men.” As Youn writes in her note, the figure of the hanged man often signifies a moment of transformation into a predestined role. While this poem was inspired by her time in Italy and Villon’s poem, it also reverberates beyond ekphrasis. Youn’s language is immediately striking; her word choice is precise and driven from the start, with “hyperarticulated.” This word, in its multiple syllables, feels like it has “legs” so to speak. The poem gathers terror as it marches forward, with ants pouring and replaying “a tape-loop vision.” There’s an uneasy endlessness to this poem, ushered through the lack of punctuation and the speaker’s absolute authority—“… there is no stopping point for what is infinite what cannot be destroyed…” Please read Youn’s recent collection, Ignatz (Four Way Books).