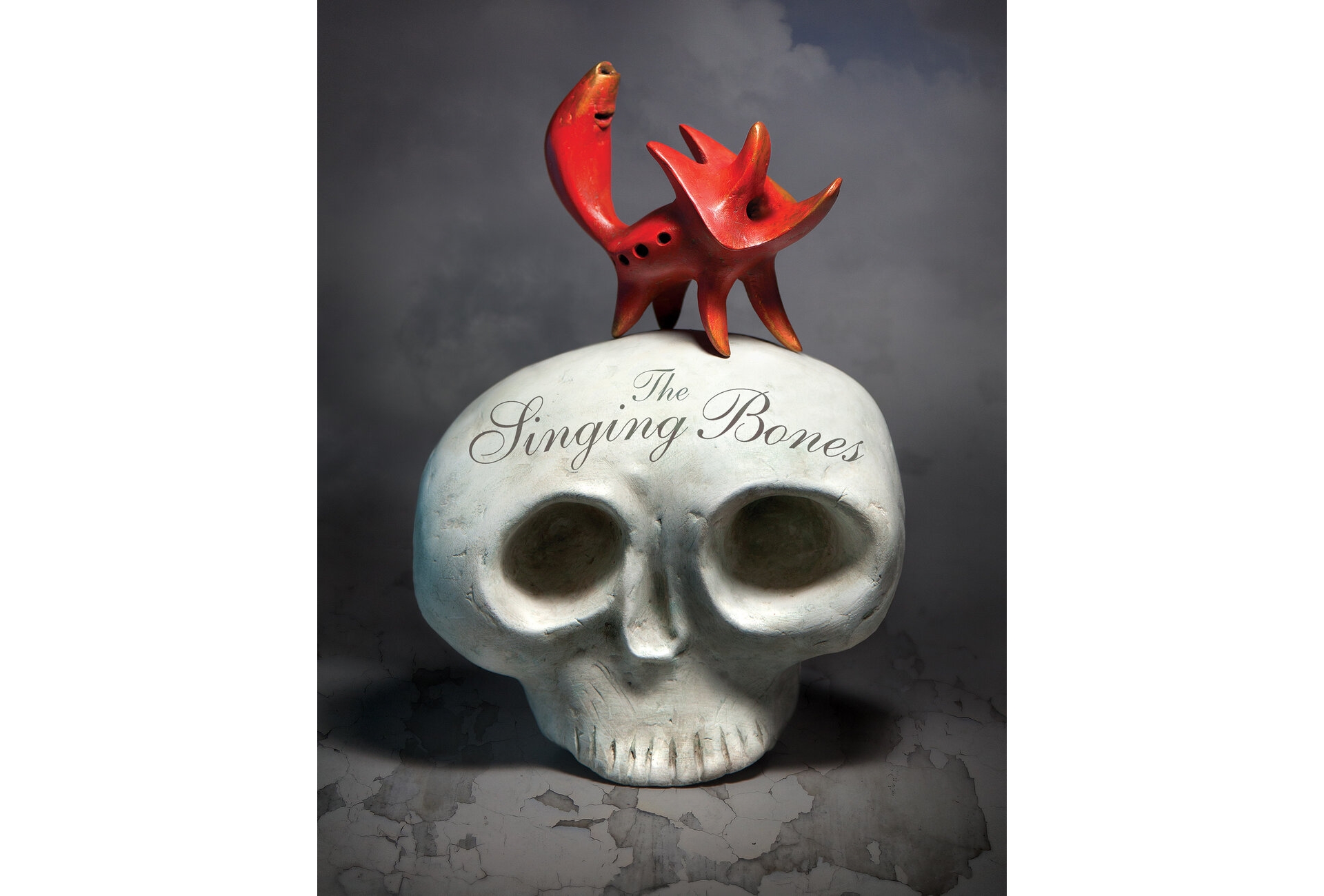 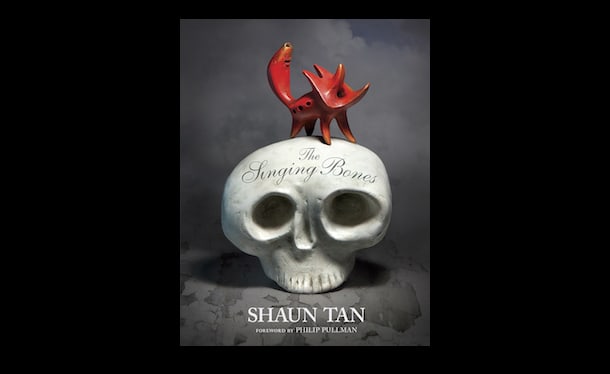 How do you spark someone’s imagination? How do you rouse them from their everyday way of looking at something, to see something both familiar and strange?

Shaun Tan can do this. The artist and writer has captivated readers of all ages and around the world with The Lost Thing, The Red Tree, The Rabbits, Rules of Summer, and The Arrival, a wordless, timeless story about leaving/fleeing and finding oneself a stranger in a strange land. His latest offering is The Singing Bones, inspired by the Grimm’s Tales.

Brothers Jacob and Wilhelm Grimm collected and published these folk and fairy tales over 200 years ago, and the stories have been translated into 160 languages and dialects. They have been told, revised, adapted, embellished and told again and again. Cinderella, Little Red Riding Hood, Hansel and Gretel, and so many others have been imbedded into our psyche by all the retellings, engraved in rigid detail by Disney.

In The Singing Bones, Tan does something quite profound—and elemental. He squishes these fixed images in his hands, and forms and carves them into simple yet evocative shapes that allow us to gaze upon these familiar characters anew. He was inspired by Inuit stone carvings and pre-Columbian clay figurines to mold papier-mache and clay into creations that seem fresh and ancient at the same time.

Author Neil Gaiman writes in the book’s foreword: “His sculptures suggest, they do not describe. They imply, they do not deliniate. They are, in themselves, stories: not the frozen moments in time that a classical illustration needs to be. These are something new, something deeper. They do not look like moments of the stories; instead, they feel like the stories themselves.”

In visual form, Tan does what great poets do: hone a story into its essence. Rapunzel becomes both forlorn child and tower, long strips of yellow cascading down from her bent head to her round base. Cinderella, so named because she was made to sleep next to the hearth, in the ashes, is rendered as another tall cylinder, this time with a blackened top and at the base, an indentation, in which a golden face rests. A solid black form is both wolf and bed, upon which stands a tiny figure with a red pointy cap.

The tales’ texts are also presented in short form, their heart printed in just a few sentences. With the barest of strokes, both text and sculpture conjure so much emotion, action, life. You are given just what you need to make of it what you will.

What if this were true and possible in the stories we tell today? Could our imaginations be sparked into empathy? Could we be coaxed into looking at people both familiar and different in such a way that we connect to their heart?

That’s what I had in mind when I went into journalism over 25 years ago. I wanted to broaden people’s ways of seeing and understanding. I wanted to shape the ways people thought about each other and the influence of government and public policies in our lives. But while many journalists’ and writers’ intent is to center human stories, people’s hearts can still get lost from being overwrought. Worse, they can be pared down into easy archetypes and stereotypes and our way of reading them becomes fixed like an old Disney movie. We become further polarized rather than drawn closer together.

Right now, we need more stories, more art that squishes those rigid ways of seeing, thinking and relating. We need our imaginations sparked, our hard edges burned away. And out of the fire, may we come away holding our humanity again.