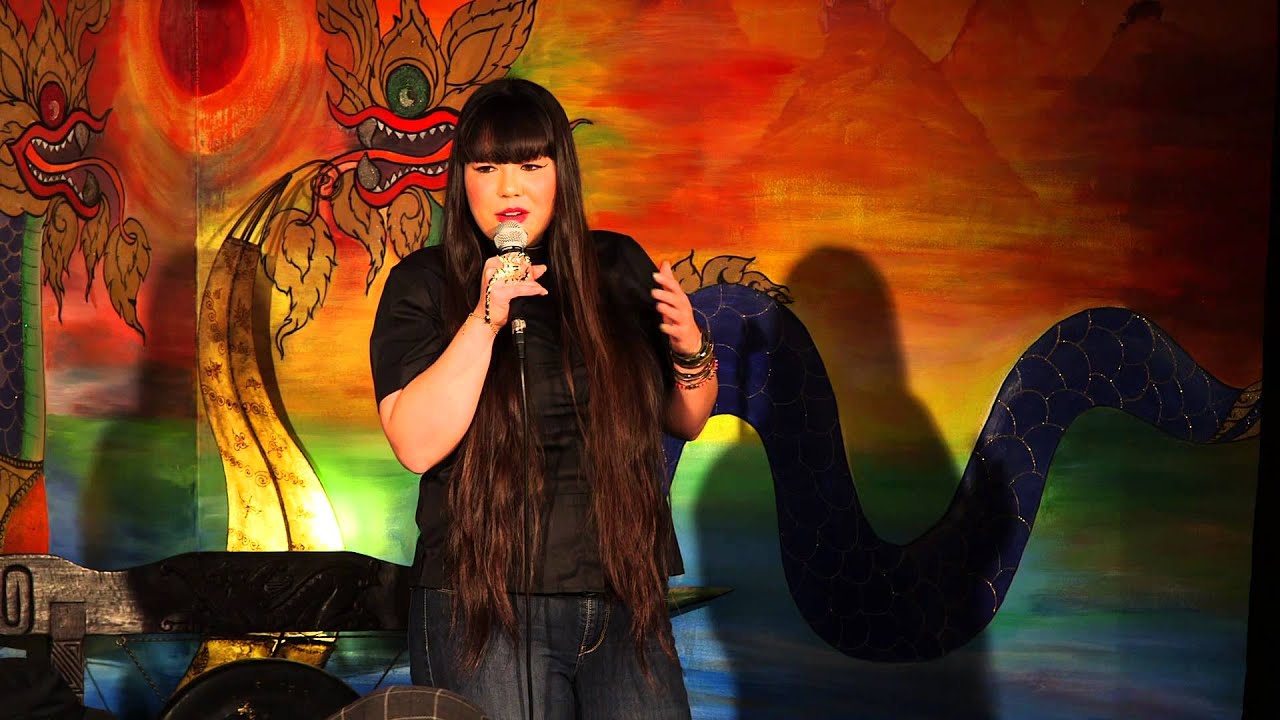 Shannon Koyano does it all. She’s a single mother who works by day and graces comedy stages by night.

Comedy has been a lifelong passion for Koyano.  “I’ve always loved comedy movies and watching SNL and other sketch shows when I was growing up,” she said.  “I thought stand-up was boring as a kid until I saw Richard Pryor’s stand-up on TV in the eighth grade.”

Since then, Koyano has found inspiration from a wide range of comedy.  “I’m inspired by web series that have been made into sitcoms like Broad City and Awkward Black Girl,” she said.  “I also love blockbuster stars like Tina Fey, Amy Poehler, Kristen Wiig, Kate McKinnon, and Melissa McCarthy.”

But she didn’t get to the stage overnight.  “I’d secretly wanted to do comedy for almost eight years before starting. I love making people laugh!” Koyano said. “But I had terrible stage fright.”

So she started small.  “I was a co-producer alongside Morgan Dusatko, on a podcast called Morgan’s Martini Hour,” Koyano said.  “It was a relationship advice variety show and much of our banter was comedic.”

This gave Koyano the confidence to take the next step. “Doing the podcast helped ease my nervousness when speaking into a microphone,” she said. “I finally went to an open mic with a friend of mine who also wanted to try it.”

Still, the transition from duo to solo comedian wasn’t easy. “It seemed absolutely terrifying and I still don’t know how I actually ever got up on that stage the first time,” she said. “But I did it and got laughs and immediately became addicted.”

That was four and half years ago, and since then, Koyano has had no trouble finding material for her shows. “My most memorable stand-up bits have always been about my real life,” she said, “jokes about my father born in an internment camp, jokes about my kids doing crazy things, my relationship with my boyfriend Andy Miller who also does stand-up.”

Koyano also got over her shyness and has enjoyed her interactions with her spectators. “I don’t often interact with the audience while I’m on stage, but I’ve had many wild interactions after performing,” she said. “People wanting pictures with me, asking me out. Recently a hair stylist asked me to be a hair model after seeing me do stand-up, and I totally took her up on it and made a friend!”

Along the way, Koyano has worked to balance her comedy with her other responsibilities. “My life is one big challenge!” she said. “Finding time to do stand-up while working and being a single mom is very difficult.”

Luckily, Koyano can draw on the support of her family. “I often have to make hard choices. Sometimes I have to sacrifice time with my children to do this,” she said. “But my mother once told me not to give up on my dream to do stand-up, because one day my children will look up to me as a source of inspiration when it comes to following your dreams.”

In return, Koyano works to return that support to other emerging comics in Seattle. “Danielle K.L. Gregoire approached me almost a year ago to be a producer of a thoughtful hate-free comedy show,” she said. “She didn’t have a name or date set. She just knew what kind of show she wanted and that it should be at The Royal Room in Columbia City, Seattle.”

It didn’t take long for this trio to develop a working plan. “Danielle, Aisha Farhoud, and I came together to create what is now Odd Babes Productions,” she said, “with the focus on bringing queer, trans, people of color, women, and allies to the stage who deserve to be on a quality show that pays them well and helps boost their career locally and give this kind of comedy to this city that craves it.”

This caliber of production has brought the Odd Babes team numerous challenges, Koyano reports. “Difficulties in producing are wide and varied!” she said. “Booking the people we want. Trying to promote it. Making sure we sell a lot of tickets. Making sure our audience has a great time and keeps coming back. Paying for everything.”

But Koyano credits her fellow producers and says that all the work and stress is worth it. “I want Seattle to be a big draw in terms of both being successful at stand-up and also for building a huge appetite for it audience-wise,” Koyano said. “I want Seattle to be a destination city when it comes to pursuing stand-up comedy. I don’t want people to feel they need to move to NY or LA to ‘make it.’”

Seattle won’t be Koyano’s last stop, though. “I want to travel more and do stand-up all over the country,” she said. “I want to do television and web shows.”

And she wants to give back to the next generation. “I want to develop a program to give teens access to learning how to do sketch and stand-up,” she said. “I love teaching and I love working with kids.”

This is because she sees comedy not as frivolous fun, but rather, as critical for healthy living.  “Making people laugh is therapeutic,” she said. “It is what makes strangers into friends.  It brings us together. Laughter is medicinal!”

In short, Koyano’s vision of stand-up comedy is nothing but expansive. “It’s in my blood,” she said. “There’s no stopping me now!”