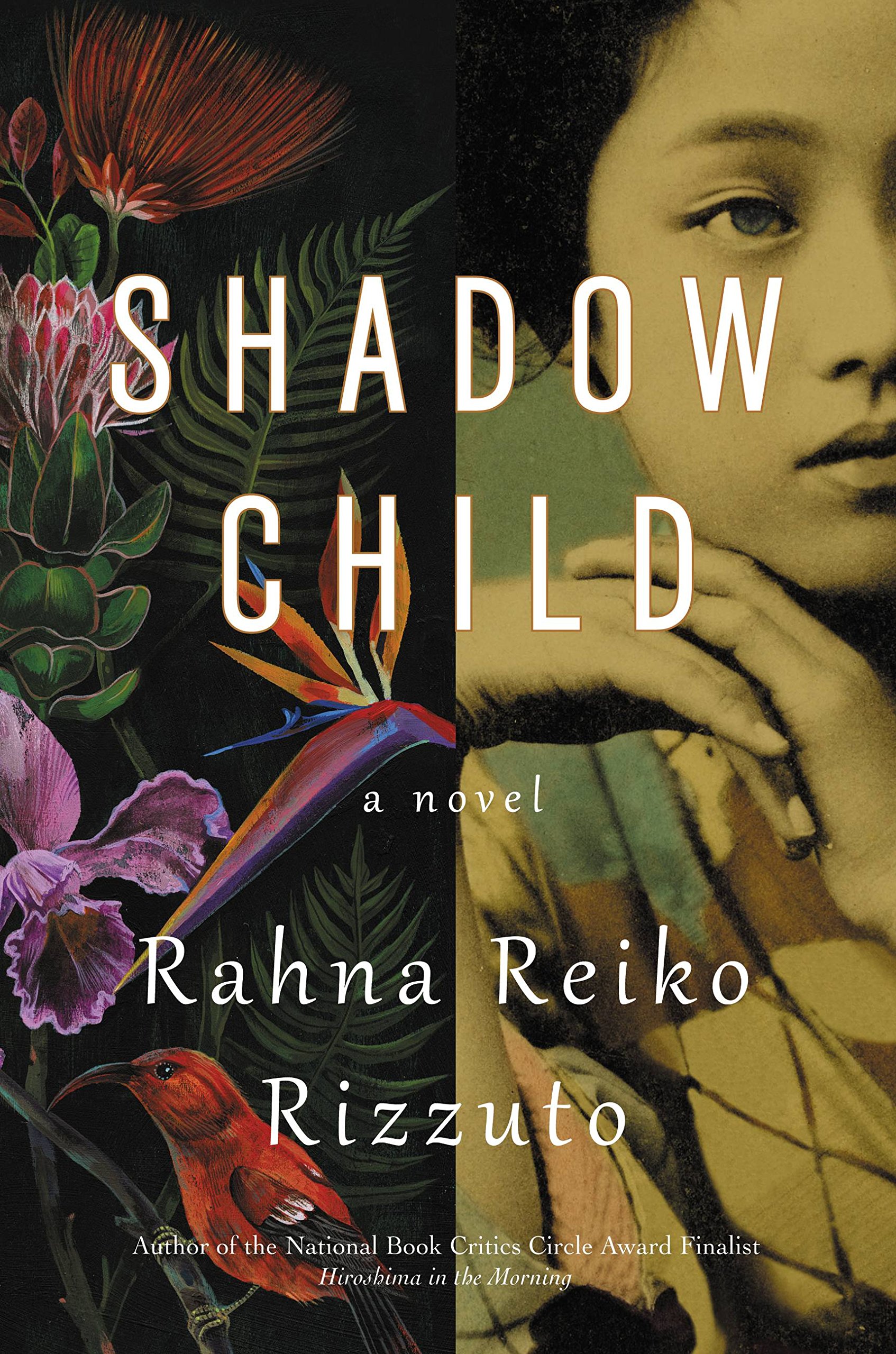 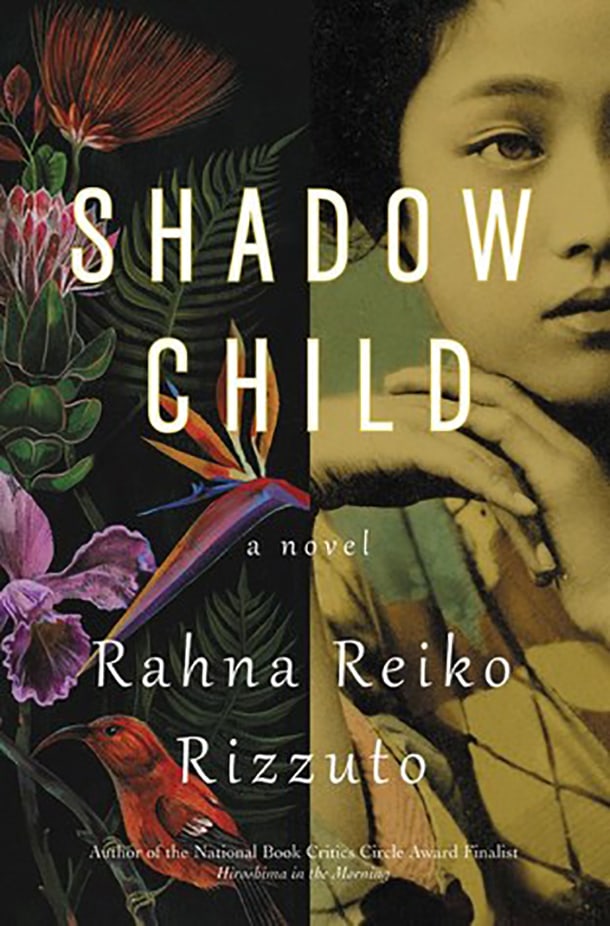 Shadow Child, by Rahna Reiko Rizzuto, lets us into the world of three women – mother Lillie and twin daughters Kei (Keiko) and Hana (Hanako). The strict timeline of the novel starts in a small farming town in California. From the outset, a whirlwind marriage picks up after a stranger who looks like Lillie meets the orphaned Lillie and takes her away from her adopted preacher’s family in the small farming community.

We read the story in a narrative of developing chapters alternating between Hana’s perspective and the lives between one or three of them from Los Angeles to Manzanar to Hiroshima to Hawaii, then to New York. The entire story takes place between 1942 to 1960. The far-reaching venues of the novel surround the characters.

The first bit of the strict timeline uncovers Lillie’s harsh life in the Japanese-American incarceration camp round-up in the Los Angeles area in 1942. Lillie becomes undone. She is viewed as just slightly off-centered in the years of Manzanar during World War II, her loss in the post-Hiroshima Japan and the isolation to secure a cocoon-like childhood for Kei and Hana in Hawaii. This is Lillie’s picture board in the story.

Although the historical or strict timeline is moving, the obvious question is on how to relay the beginning in the narrative of the story. The novel’s narrative comes to you like pieces of a puzzle; it is disorienting. There are time shifts that break up the strict timeline. The novel actually opens with a Hana chapter. In the first chapter, Hana is a young woman. Kei visits her in New York City, six years after no communication between the twins. They have had a falling-out with each other. But what confronts Hana is what appears to be a robbery in her apartment, while Kei finds her way into Hana’s apartment to wait for Hana to come home. When Hana comes home, she finds Kei unconscious in a crime scene. A crime mystery. The story eases into suspense.

The story of Kei and Hana is as involved emotionally as Lillie is the embodiment of the historical underpinning about this extraordinary Japanese-American experience. Even in Hawaii, Lillie forewarns the twins of the other kind. Lillie and the twins are not like the other kind. Shadow Child is in part historical fiction about these three women of Japanese-American heritage and in part crime novel.
Think of these relationships that grip the lives of the three women. There are Lillie’s emotional marriages. Some may say that the marriages come to be for Lillie because of her very survival. There is Hana scarred in another mysterious event, an event for which Kei seems to be responsible. There is Kei, the rebellious daughter, the foil to Hana, the good daughter. Who is the “shadow child”? Which is which?

Both twins take joy in their lives with Lillie. The mother Lillie invents stories to entertain the twins. Kei invents a pidgin language to talk to Hana, a language Kei uses to wake Lillie from another mystery, Lillie’s mysterious slumbers. During childhood, Kei and Hana fuse into one name “Koko”.
Like the familiar issue of twins in literature, is the structure of the narrative also ‘twinning’? Is it then two separate novels? One, history just so magnified in fictional details. The other, a suspense well-paced. Actually, Rahna Reiko Rizzuto may have taken two decades to complete this novel, joining two stories as one in the end. We may feel that it is an interweaving, a braiding of the complexities of relationships and family. History affects us all, and Lillie, Kei and Hana have had their lives thrown into the drama of history.

By the end of the crime mystery, we learn most of Hana’s memories, memories with which she tries to wake Kei from unconsciousness. Fair enough, the crime story-line is outbalanced by the historical path of the novel. Taken as a whole, history and crime, the story deepens into the blurred identities of the three lives of Hana, Kei and Lillie. Then remember the fused together persona of Koko and the other life under the name of “Miya”, which Lillie takes up later. By sorting through the crime, we learn that healing includes remembering personal identities.

Rahna Reiko Rizzuto writes out so many particulars of catastrophes, as it is with many historical fictions that deal with tragedies. But Shadow Child is a good read. Those sections about the deathly heat of the atomic bomb in Hiroshima in 1945 and the big tidal wave in 1960 in Hawaii are dream-like. One is the coloring of the other. The family of the three women are caught up in these two events, intrepid and suffering, slowly and sometimes weighted down with the realities.