Seven years of filmed heritage exploration were shared with the community during the third annual public documentary screening by the Southeast Asian Young Men’s Film Program.

On April 21, Asian Counseling and Referral Service (ACRS) hosted a community event culminating the hard work and self-exploration of participants in the organization’s film group for young men, whose involvement ranged from 2008 to the present.

The evening was filled with vibrant festivities. A trio from the Franklin High School Break Dance Club kicked off the night before diving into the first film. Later, NIU Roots and Ocean, one of the cosponsors of the event, performed a series of songs and dances with drumming guiding the way.

But the night was dedicated to spotlighting four films developed from the Southeast Asian Young Men’s Film Group.

The group emerged out of an in-school program led by Joseph Mills, a social worker and counselor for ACRS, which was created as a place for young men to come together to share their personal experiences, history, and culture with one another.

Kenny Setiao, 25, met Mills through the in-school group meetings as a freshman at Franklin High School.

When he transferred to Cleveland High School as a sophomore, there was no program for Southeast Asian men, so he began meeting with Mills outside of school. Mills became Setiao’s mentor.

Setiao began interviewing his mom about her life experiences in 2009, when Mills invited him to explore his heritage and culture through documentary making. His story became a piece of one of the first films that emerged in the film group, Across the Mekong.

“I had never asked her what obstacles she went through,” Setiao said.

Setiao’s mom, Nang Seng Setiao, was born in Soun Kham, Laos. She fled Laos in the middle of the night to escape communist rule. After crossing the Mekong River, she found refuge in France, where Setiao was born and she remained before moving to Seattle when he was 12.

Until the age of 18, when Setiao married his wife, Mary Setiao, he remained an undocumented immigrant. Unable to work, Setiao felt like he could not contribute to his family or start his own.

Before beginning the film project, Setiao struggled to understand why he faced these limiting circumstances. Making the film brought context to his life, allowing his mom an opportunity to vent and bringing the two of them closer together, Setiao explained.

Across the Mekong also includes the stories of four other men whose families fled Laos. The making of the film spanned the course of seven years, ending with each man’s accomplishments as of 2015.

“It was really eye opening,” Setiao said. “I learned to embrace my ethnicity and culture a lot more now.”

This is the intent of the film group, which offers Southeast Asian men an opportunity to explore their heritage and educate the community.

As a board member at ACRS, Diem Ly, the community investment manager of Comcast, learned of the film group about three years ago. She was immediately interested in funding the program through Comcast.

“Part of the reason we sponsor the film program is that technology really empowers people,” Ly said. “We want to put technology in the hands of young people so they can share their stories.”

In addition to Across the Mekong, the screening included Chanthadeth, Why I Don’t Smoke, and Model Minority Stereotype.

Chanthadeth is 19-year-old Chanthadeth Lucky Chanthalangsy’s exploration of his biracial Cambodian and Laos heritage. Through this film, Chanthalangsy learned to appreciate where each of his parents came from and how this contributed to who he is.

“My family has been through a lot and I have benefited from their strength,” Chanthalangsy said during a Q&A following the film.

While these two films exposed intimate explorations of family heritage, struggle, and the cultural gap often experienced between Southeast Asian immigrants and their American raised children, Why I Don’t Smoke and Model Minority Stereotype offered a variety of voices and perspectives.

Both spoke to larger issues within the Southeast Asian community.

Why I Don’t Smoke was directed by Ricky Nguyen, Christian Carmen, and Kevin Ha. The students included their personal experiences with marijuana and why they choose not to smoke, and also offered other youth an opportunity to voice their reasoning.

“A lot of youth are scared,” Nguyen said, referring to peer pressure, “but there are people that choose not to smoke.”

Ranging from youth who had previously smoked and chose to quit to one woman who simply disliked the smell of marijuana, these young men show that there are various reasons to live above the influence of marijuana.

Model Minority Stereotype examined “the roots and implications of the model minority stereotype,” which generalizes all Asian heritage and puts unrealistic expectations on Asian students. Over the course of two years, 14 to 15 students worked to create the film, according to Mills.

The film served to point out the harm these stereotypes can cause by implying that there is one “good” minority. Instead, the film suggests that communities of color should work together as allies against racism.

Combining personal experience and an interest in exploring underlying heritage and context, the young men involved in the Southeast Asian Young Men’s Film Group have continuously discovered untold truths over the course of the nine-year program.

Mills estimates 150 or more people attended the screening, which took place in the ACRS gym in South Seattle.

Like past films produced by the group, these four films will be published online. Mills anticipates the full website with additional film and program information will be available in the coming months. Meanwhile, he says the group plans to submit the films to larger festivals in order to spread their messages to a broad audience.

“I thought it was a reflection of the impressive work the young men had done that so many peers came to support them,” ACRS executive director Diane Narasaki said.

Narasaki said she was proud of the thought provoking films produced through the film group and the overall success of the event.

“The feeling in the room was tangible,” Narasaki said, “the feeling of appreciation and inspiration in the audience.” 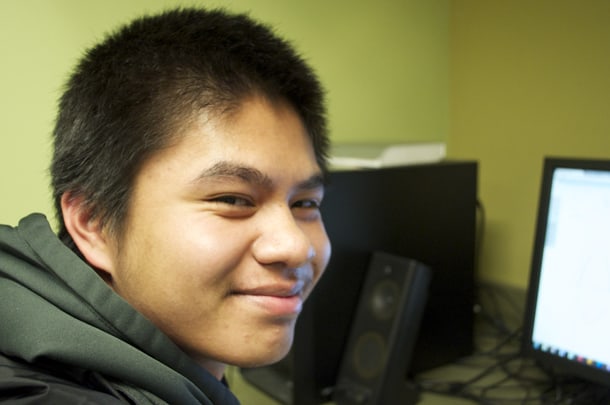