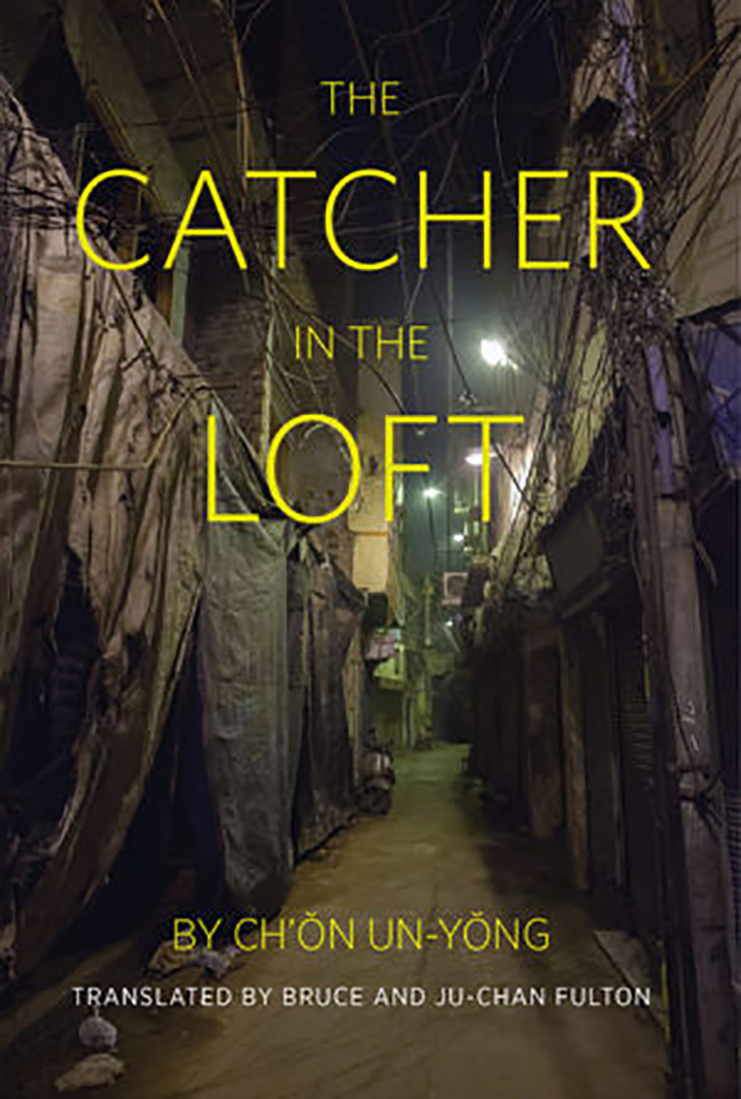 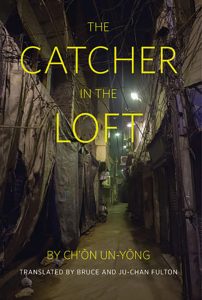 “Violence for its own sake doesn’t work. All you get from brute violence is hatred and resistance. The distillation of terror involves a sequence, it requires fundamentals. Perfect your technique, and you can bring him to his knees with the tip of your pen.” (1)

Upon reading the opening pages of Ch’ŏn Un-Yŏng’s novel The Catcher in the Loft (translated by Bruce and Ju-Chan Fulton), the reader might expect a thriller to soon unravel. Indeed, the story begins in a breathless sequence: we are introduced to An, a torturer whose enjoyment of his work is clear. That is until something goes wrong. He is interrupted mid-electrocution by a junior colleague; a rookie in the department, evidently, has made a costly error and An’s identity has been exposed. His boss, Pak, orders him to take off, stay hidden until things cool down. Where and how long matters not. An is now persona non grata. He goes on the run.

Ch’ŏn’s story is situated in the late 1980s. South Korea is capping a decade of extraordinary economic strides that have all but transformed daily life. Though having arrived on the world stage, discontent percolates. Massive student protest movements embroil the cities as young people demand regulation of government excess and police brutality. Those in charge respond by branding these students as communists and attempt to stifle any opposition, through deadly force if necessary. An is a part of this machinery and believes wholeheartedly in his mission: to protect his country from those seeking its destruction (in other words, communists).

“To obtain a confession from the forces of evil it’s sometimes necessary to turn their evil against them” (168).

Eventually, in his bid to evade authorities, An seeks refuge in plain sight, so to speak — home. He takes up residence in the loft above his wife’s beauty parlor, a space formerly occupied by his only daughter, Sŏn. At this point, what began as a thriller shifts to a carefully rendered psychological examination of the ramifications of the regime’s activities on one family. The novel unfurls as a dual narrative, keenly exposing the psychological battles wrought by a man coming to terms with his past and a daughter who must reckon with her father’s transgressions.

As An’s world is unwinding, Sŏn’s is just beginning. She has gained admission to university and hopes with youthful naivety during her school days to take part in something meaningful. Instead, she finds herself taking up the role of “the Catcher in the Loft”. In an instant, the father who she idealized is no longer a god in her eyes. She scarcely recognizes the man who lives above her: “No, that’s not him. That’s not the dad I remember, who took out my tooth with his Monami pen, who hooked up my light. That’s not a man, it’s an animal with gummy, fear-ridden eyes that looks like it’s starving, a riled-up animal that wants to charge.” Her mother may serve as apologist for her husband, but Sŏn is intractable. She refuses to accept her father’s deeds.

Thus, the bonds of loyalty that connect child to parent begin to fray. Tension between whether to conceal or to concede one’s crimes draws a stalemate between generations. An refuses to accept his part in any crime and plans to wait out the statute of limitations. He maintains markedly steadfast faith in the organization he served and Pak, who he treats as an omnipotent pseudo-father. Meanwhile, Sŏn drops out of university and becomes more savvy and assertive, especially where concerns An. She is steadfast in her belief that he must accept punishment for his transgressions. For his part, An laments this fraying relationship: “Sŏn is no longer in my bosom. Just like my member is no longer mine, she’s removed herself from my control. I hear her voice. If he committed a crime, he has to accept punishment for it — isn’t that right? He himself taught me that, remember? I’m afraid of her, she scares me to the bone.”

The relationship between An and Sŏn is a microcosm of that between South Korea and its populace. In a world where often it is children who must pay the price for the sins of their parents, is “just doing one’s job” a satisfactory explanation? How can blame be assigned to parties who believed themselves to be on the right side of history? To process and come to terms with trauma, what should be swept under the rug and what must be exposed to the sun? For not being able to come to terms with the implications of troubled times will push the relationship between people and society, child and parent to a breaking point.

As one of An’s victim’s remarks, “If we try to bury the mistakes of the past, they eventually jump out like ghosts and repeat themselves.”