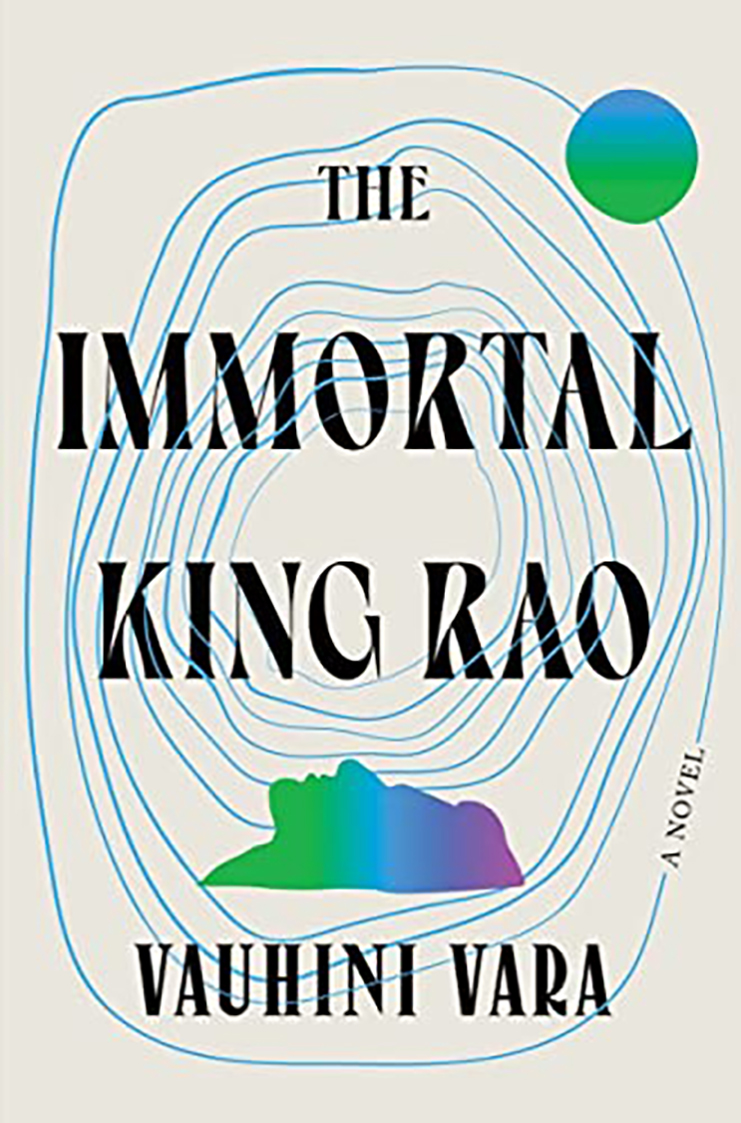 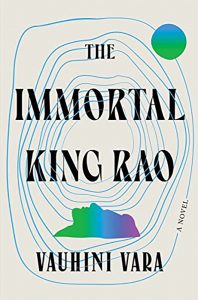 The Immortal King Rao by Vauhini Vara is a futuristic novel set in Seattle where climate change has ruined the planet, and national governments have been replaced by a globalized corporate governing body.

The world is divided between the Shareholders, citizens in this new political structure who subscribe to extreme neoliberal capitalism, and the Exes, rebels who have retreated to islands around the world and are pioneering a socialist model of governance focused on sustainability and equity. The man who triggered all this is a tech wizard named King Rao who pioneered a computer and software system called the Coconut. The Shareholders live in Seattle and the Exes are on Bainbridge Island. King Rao has withdrawn completely from the world he created and inhabits a mansion and estate on Blake Island, raising his daughter, Athena, and working on his grand technological innovation.

The narrator is Athena, King Rao’s 17-year-old daughter, who is in jail in Seattle and is having to fill out her profile on their system because has been raised completely off the grid by her paranoid father. As she fills in her social data, we learn of her father’s history in India.

A Dalit from Rajahmundry in Andhra Pradesh, King was born of a forced marriage between his biological parents. When his mother dies in childbirth, her sister marries his widowed father solely for the purpose of raising King Rao. His paternal family members were Dalit sharecroppers to a Brahmin family, the Raos, and through a series of twists and turns inherit the Rao estate and change their name to the upper-caste one.

King’s grandfather and eventually his uncle build a successful agribusiness in coconuts by drawing on the labor of their extended family. King leaves India and comes to the University of Washington for graduate school. His mentor is a pioneer in developing computer hardware in the 1970s and 1980s. Rao’s programming genius, the mentor’s pioneering work, and the mentor’s daughter Margaret’s business skills help launch the Coconut, a powerful personal computing machine. Rao also marries Margaret, and together, they build a tech empire.

Rao’s greatest dream is to inject people with “Harmonica,” a drug through which a person can connect to the internet and download all their memories and become immortal. Rao’s experiments lead to the death of many patients. These deaths trigger the large-scale protests and eventually lead to the current state of the world.

When Rao withdraws to Blake Island, he carries out embryonic experiments and successfully births his daughter through a surrogate. This child has a gift; she is the living proof of the success of his dreams and has the ability through the “Clarinet” to access all information about her father, the world, and anyone’s stories through the internet. Athena tells us the history of King Rao and how the world became what it was. She also narrates her escape from Blake Island and her life with the Exes in Bainbridge Island and tells the story of how she ends up in jail.

Vauhini Vara has created a compelling narrative that asks us to consider where we are headed as a planet. The dystopic world of the Shareholders is remarkably like our own. Seattleites will recognize the rise of Microsoft and Google, the growth of Amazon and its campus with the spheres, the WTO protests and such significant moments in our recent history that are reinvented by Vara.

As a Dalit herself, Vara also breaks new ground in reworking the story of Indian-American tech entrepreneurs by making a Dalit man its center. Thus she calls attention to the immense caste-privilege that has shaped the tech industry and also presents us with a story of Dalit advancement facilitated by capitalism both in India and in the diaspora.

This novel is a thought provoking one, and we may not be too far away from the world that Vara imagines. For Seattle readers, this novel will hold a special charm.