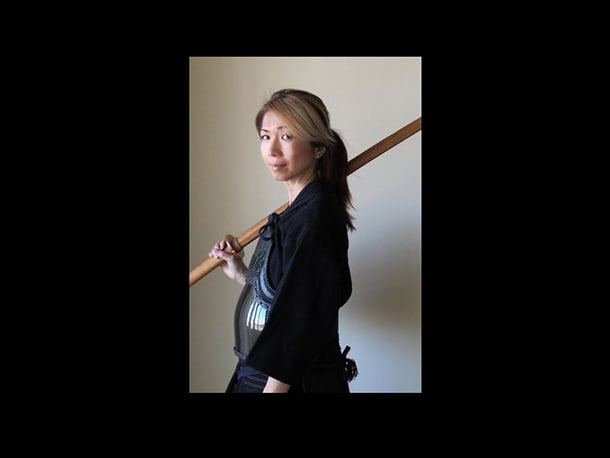 Trained as a set designer at Carnegie Mellon, she then made the leap to designing for television in Hollywood, and has earned an Emmy Award for her art direction for the Showtime comedy House of Lies. But her journey wasn’t short or direct.

“I was a broadcasting major when I came to the U.S. to study,” Suzuki said. “In broadcasting classes, we covered a lot of aspects of news programs. I was more interested in entertainment side of broadcasting.”

So after making the big decision to study in the United States at San Francisco State University, she made her next transition into theatre. “I wanted to become a costume designer,” she said.  “I was always interested in fashion and makeups. However, the costume class I wanted to take was full and I couldn’t register for the class.”

This required another shift. “To earn the theatre arts degree, I had to take classes in other crafts such as lighting design and set design,” Suzuki said. “So, I took a set design class to check off the list of requirements, and I was hooked.”

After completing her undergraduate degree, Suzuki applied to Carnegie Mellon, expecting to design stages for Broadway. But she was in for another surprise: “What I realized during those years at the Carnegie Mellon was that I didn’t really belong to the theatre world,” she said. “Then I met a production designer from Hollywood, and decided that I wanted to come back to California.”

Suzuki has found the world of TV full of challenges. “It is very fast, and it requires a lot of attention to details,” she said. “Also I need to be very good at multitasking.”

The schedule itself can be very demanding. “I tend to start a day very early when the production is on a location. I wake up in the dark and come home in the dark,” she said. “I think the earliest call time I’ve had in my career is 3:00 a.m. Then I think I went home around 6:30 p.m. that day.”

But the schedule is not the only challenge, since television set design can be affected by locational factors. “I’ve had a situation where we were supposed to shoot a particular location on Monday, and we lost the location on Friday,” Suzuki said. “There was no time for us to react to the situation and we had to be very creative to adjust what we’d already planned to the new location.”

Budgetary restrictions are always a factor, too. “What kills me in this business is that we reward people in the power too much. Rich people are getting richer,” she said. “We ‘below the line’ support the system if we like it or not. That’s the part I don’t like and I wish we could change that.”

But for now, Suzuki is focusing on enjoying the rewards of her success so far. “I could always work on bigger and better projects and receive more awards, for sure,” she said. “However, now I’m trying to concentrate on a better life for myself.”

Balance is the key, she is finding. “I’ve sacrificed so much to achieve my goals,” she says. “Life is short. Now, I’m trying to enjoy my life more.”