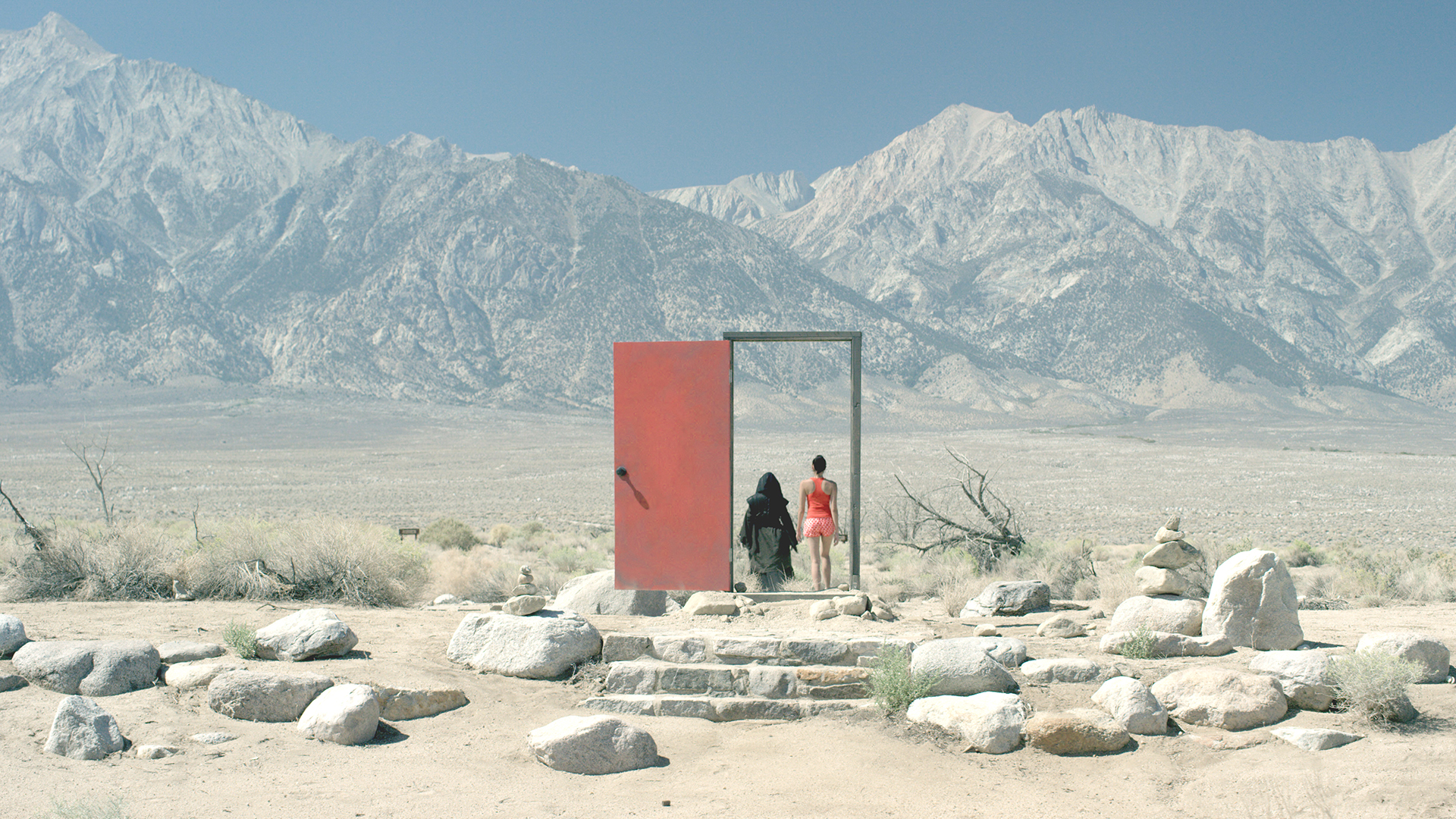 “During World War II, the U.S. government forced over 110,000 Japanese Americans into prison camps. Four generations later, their families live free but the darkness of the camps still haunt.”

The opening of director Daryn Wakasa’s experimental supernatural thriller makes no pretense of the point he wants to drive home to his audience: Yes, concentration camps happened and are a part of American history, and yes, even though they happened over 70 years ago, the trauma that was endured continues to pass on, generation after generation.

Through a partnership with Densho, a non-profit organization in Seattle that collects video oral histories and documents about the U.S. incarceration of Japanese Americans, the Central Library will hold an event on October 7 called “Haunted Healing: Confronting Intergenerational Trauma through Film and Poetry” where Wakasa will be screening his 2017 short film Seppuku.

“The reason why this film is important to Americans in general is because this is their story, too,” said Wakasa. “The Japanese American experience is the American experience and we need to recognize how damaging the concentration camps were so that we can understand the consequences of our actions today.”

Although he is worried that people will forget about Executive Order 9066, the order President Franklin D. Roosevelt passed that put Japanese Americans into camps after Japan bombed Pearl Harbor, he thinks the bigger concern is that many people don’t seem to know the concentration camps even took place and that the ones that do are often not aware of the intergenerational affects it has on Japanese Americans.

“Both have given way to history repeating itself,” he said. “Travel bans, detention centers for immigrants, and parents being separated from their children are all eerily similar to what happened in the 1940s, as well as other time periods throughout American history.”

Wakasa himself was affected by the turmoil wrought from Executive Order 9066. His great-grandfather lost two coffee shops he owned in downtown Los Angeles and was separated from his wife and five children. “It ripped my family apart by taking my great-grandfather away from his family, it eradicated a generation’s worth of hard work and achievements, and it left the haunting presence of ‘not being good enough’ looming over my family,” he said. “Four generations later, I battle certain insecurities that I believe are very much linked to the intergenerational trauma of the concentration camps.”

“My family’s background is the reason why I’m a storyteller,” he continued. “The injustice that my family fought through has created a burning desire to use storytelling as a tool to fight the racism, misogyny and bigotry in our society.”

Wakasa has a background in design, animation and film. Prior to starting his own production company Foment Films in 2010, he worked with industry bigwigs through Mirada Studios, a multi-platform storytelling company co-founded by Guillermo del Toro, where he was able to flesh out his portfolio and put his multidisciplinary skills to use by working on various projects that ranged from experience design to film development. Frustrated with the lack of time he had for his friends and family and the desire to see more Asian American representation, he left the commercial industry in 2014.

“I was at a point where I either went against the grain to follow my heart and soul or give into societal pressures by maintaining a path of ‘normalcy,’” he said. “As I went through that painful journey, I became more grounded in my culture, family, and in turn, found my calling. This personal journey is reflected in Seppuku…I [also] knew that if I did not start working independently, then I would always be telling someone else’s stories and never my own. I came to a point in my life where I knew that going independent was the only way to get a Japanese American voice on screen.”

“Seppuku” is a form of ritualistic suicide that was common among samurai to restore honor by disemboweling themselves with the use of a short blade. The protagonist of Wakasa’s film, Mari Yoshimori (Akemi Look), finds herself faced with the decision to commit this act as she unknowingly embarks on a spiritual journey to face her deepest fears. She is the U.S. Olympic record holder for the 400-meter time in track and field. Despite suffering from a hamstring injury before the Olympic trials, she wishes to continue her training against her parents’ and doctors’ wishes.

From the first scene, it is evident that Mari is a frustrated, rebellious and determined person. “This must make you so happy,” she declares to her parents after finding out she needs to get surgery. “You always wanted me to fail.”

“Don’t be ridiculous,” her mother replies. “We only want the best for you.”

“The best?” she says disbelievingly. “According to who?”

In some ways, the film sets to seek out the answer to this question. Although she at first looks like a stubborn, reckless and overachieving athlete, it is evident as the film goes on that Mari faces enormous pressure to succeed, not only from her own inner demons and her need to prove her parents wrong, but also from the Asian community at large and her need as an American to uphold Western society’s expectations to not give up when presented with a challenge (“Fall seven times, stand up eight”).

As she fights to put these pressures at bay, Mari struggles with her own identity as a Japanese American.

When a fan asks for her autograph, she signs it “Marie” instead of Mari.

“I thought your first name was Mari,” the fan says with a quizzical expression on her face.

As her dogged training reaches a breaking point, she is joined by a spiritual, voiceless companion named Bettari. With her face hidden and dressed in otherworldly, almost space-age attire, Bettari, communicating with her through wooden placards, leads Mari on a journey through Manzanar, one of the ten concentration camps for Japanese Americans during World War II. Here, Mari comes face to face with her deepest fears and disappointments, and it is through these challenges that she must make the ultimate decision to relinquish herself from her generational bondage.

Seppuku is a hauntingly beautiful film, from its breathtaking and scenic shots in Manzanar to its traditional sets, costumes, original music and its use of color. Seppuku reminds us that trauma and hardship resulting from government decisions can trickle down and affect generations of families in ways that are subtle and not easy to fathom.

“The film has sparked a lot of dialogue about the trauma that many camp descendants feel,” said Wakasa. “This dialogue is important because intergenerational trauma is not a topic that the Japanese American community has talked about openly. I think the conversation about trauma is opening up more because of how the younger generations feel and because of everything happening around us.”

“My only hope is that we can use art and story to help exorcise some of this trauma so that we can heal as a community and stop the trauma from being passed onto future generations…There are some amazing organizers, community leaders and artists emerging through the fog, so I am hopeful that we can find a way to break this oppressive cycle.”

Daryn Wakasa will have a screening of Seppuku in the Seattle Central Library alongside poet Melissa Bennett who will be reading poems about her family’s experiences as Native Americans in the boarding school and the mental health systems on Wednesday, Oct. 3 in the Microsoft Auditorium at 7:00 PM.