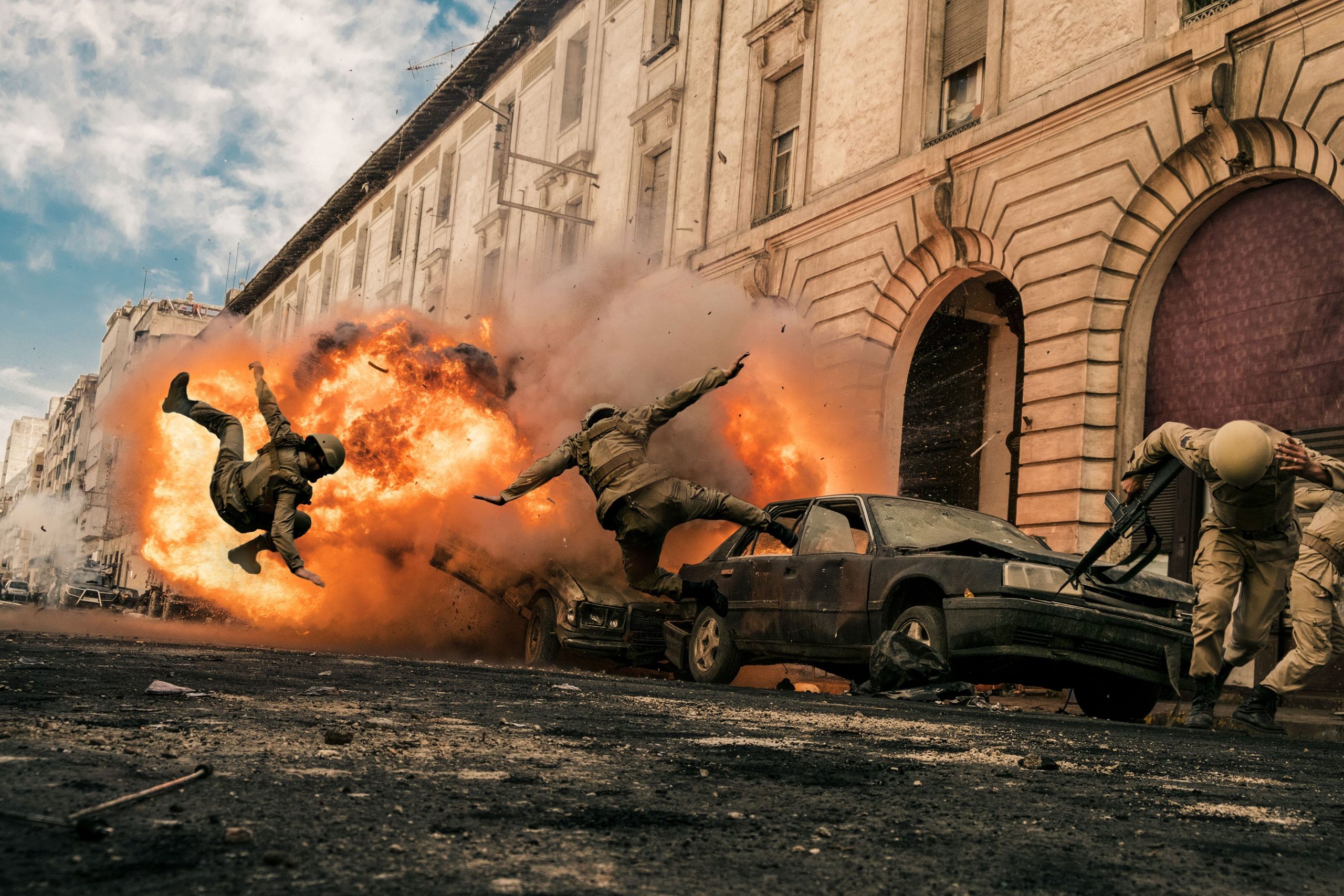 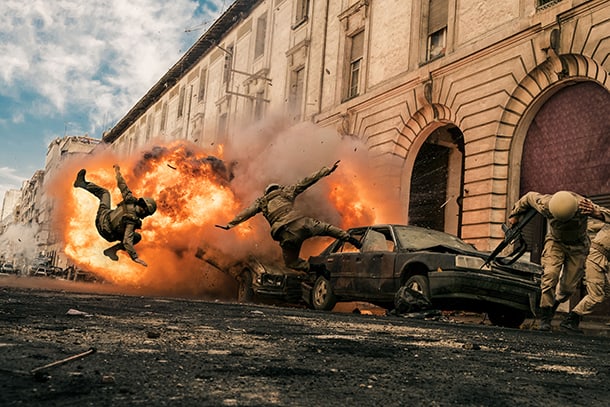 Among several newly released films playing in Seattle in March and April are a guts-and-gore action flick, a modern-day dramedy about a desperately lonely woman and a documentary about Japan’s trending favorite food.

For those into heavy action, Operation Red Sea (which could describe the color of the ocean once the bloodbath begins) is brutally violent. Opening with a scene that pits the Chinese Navy’s eight-man Jiaolong Assault Team against Somali pirates, the narrative begins in a hail of bullets. While the marauders clutch several helpless hostages, the steely-eyed snipers accurately blow off their heads with aplomb.

Barely finished with their sniping assignment, the navy is then ordered to the fictional Republic of Yewaire to assist in evacuating a captive Chinese population after a civil war has broken out. Although the film is based on the true story of the People’s Liberation Army freeing Chinese hostages in Yemen in 2015, Hong Kong director Dante Lam (“Operation Mekong”) takes liberties in telling his version.

For one, there’s a new recruit, nervous and insecure, who’s replacing an injured spotter to a cocky, elite sniper who chastises him mercilessly. And a female reporter who’s uncovered the real reason behind the coup in Yewaire (terrorists acquiring nuclear matter called “yellowcake” to create a dirty bomb) is also on the roster.

Lam doesn’t spare a single inch of celluloid to such mundane activities like eating or sleeping, so the navy is constantly in battle. Every scene is wracked with tension as the troops attempt to diffuse bombs or rescue civilians strapped with explosives. Soon, limbless torsos and gushing blood become a common sight. Widely lensed to show off roaring tanks, striking mortar rounds, and even men in wingsuits, the film also delivers lofty crane shots for 180-degree views, infrared gadgetry and bullets sailing in slow motion towards their targets.

A box office hit in its homeland, Operation Red Sea has been celebrated as a patriotic film there although some argue it highlights China’s role as Neo-colonizers in Africa.

Japanese director Hirayanagi Atsuko has been nominated for several awards for her quirky study of a middle-class, middle-aged, life-weary “Office Lady” named Setsuko (Terajima Shinobu) in Oh, Lucy. One day, while waiting on a train’s platform, Setsuko is shocked when a man leans into her, whispers something, then jumps in front of the oncoming train. This act, abruptly opens her tired eyes and when her niece, Mika (Kutsuna Shiori), begs her to buy the unused English lessons she’s already paid for, Setsuko reluctantly agrees.

But the unconventional classroom looks more like a sleazy bar and Setsuko is put off until she meets the teacher, the raffish John (Josh Hartnett). Proclaiming his style of English is uniquely American, John renames his new student Lucy and plops a curly blonde wig on her head. And when he gives her a bear hug, Lucy becomes smitten – so much so that she misses significant cues like John already being in a relationship with Mika. But after John suddenly disappears followed by Mika, Setsuko decides to fly with her sister (Minami Kaho, real-life wife of actor Watanabe Ken) to California where Mika’s postcard was postmarked.

Part road trip, part fish-out-of-water, this film clumsily attempts to examine Setsuko’s melancholy at being unloved. But a bizarre incestuous theme stymies the effort because, despite learning about John’s tryst with her niece, Setsuko throws herself at him like an animal in heat. Further, there’s the unresolved issue of Setsuko’s ex-boyfriend – another family conflict.

Things get ugly as John deflects Setsuko’s advances and there’s an attempted suicide by one of the characters. Unfortunately, Setsuko’s neediness is never fully explored so her desperation to be with a jerk like John remains unclear.

Finally, for extreme foodies, Ramen Heads is a documentary that follows Tomita Osamu, a multiple award-winning ramen chef. Imagine leaving home at 4:30 a.m., then lining up at 6:30 before the shop opens at 7:00, just to buy a ticket to assure you a seat at the lunch counter later that day. That’s the reputation Tomita’s ramen has in Chiba-ken Japan.

At work, Tomita obsesses over creating the finest broth and openly shares his recipes including revealing the head of a pig inside the thick soup. Later, he makes noodles determining the length and curliness best for slurping because, unlike in most cultures, slurping noodles in Japan is an acceptable way to display gratitude to the cook.

Although the word “ramen” likely derives from the Chinese “lamian” and was brought from China to Japan, it’s now set to take over sushi in being the favorite food of Japanese. Once a hearty lunch item for post-WWII laborers, ramen in its latest incarnation is now as prized as sushi, another former street food. And, as is with sushi, few women are celebrated chefs of the dish.

Timing the cooking of noodles down to the second, Tomita plunges them into ice water leaking all the tricks of his trade. But he’s strict and demanding of his assistants, refusing to teach them except by having them watch and learn. Yet he claims to never ask of them what he doesn’t ask of himself – some days not eating or even going to the bathroom because he’s too busy making the perfect ramen. One of the film’s funniest scenes is when his assistants complain behind his back to director Shigeno Koki.

At one point, Tomita is joined by two other well-renowned ramen chefs in a quest to produce a perfect bowl of noodles. Other ramen masters are also featured in clips that highlight their specialities, including one who presses noodles with his thighs.