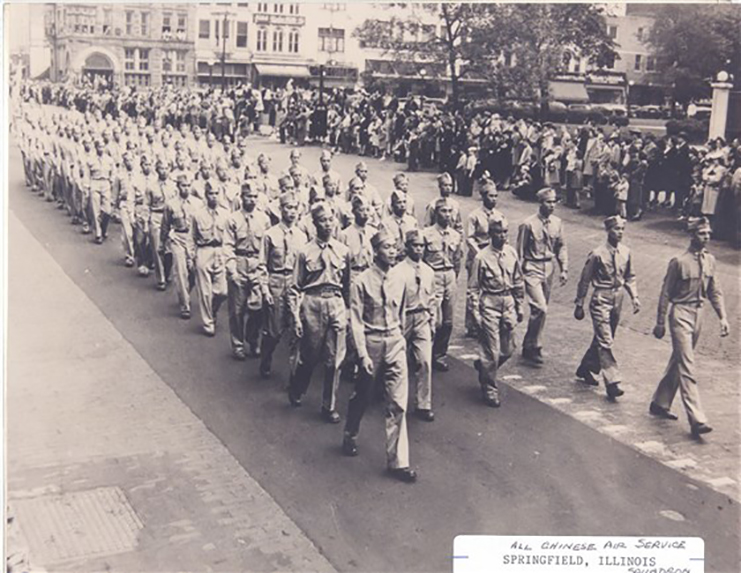 Chinese Americans are one of the last communities to be honored by the United States government for their service in World War II. Some 18,000 to 20,000 Chinese Americans served in the American military, and for more than seven decades, they went unrecognized.

Now, people all around the nation are working to honor these previously overlooked veterans.

On December 2, the Seattle Seahawks will do their part to honor Chinese American World War II veterans in their game against the Minnesota Vikings.

At the two-minute warning in the second quarter of the game, five local Chinese American veterans will gather on the south end goal line to be commemorated by the crowd. A color guard, drumline and the Seahawks dancers will all perform as stadium announcers introduce the veterans and share anecdotes and achievements from their time in service. Before heading back to their private suites, the veterans will walk down the sidelines to sign autographs and meet the crowd.

“We consider it an honor to salute these veterans,” said Seattle Seahawks vice president of community outreach Mike Flood, a 20-year veteran of the U.S. Coast Guard himself. “We want our fans to know what a sacrifice these Americans made for our country and what they went through to serve.”

The five veterans being honored at the upcoming game share deep roots to the Pacific Northwest.

Lip Mar, 92, was drafted into the military shortly after his 18th birthday. Born in Seattle, he served as a hospital corpsman in the U.S. Navy at Oak Knoll Naval Hospital, treating American soldiers fighting in the Pacific theater.

William “Bill” Chin, 94, was raised in the Chinatown International District. In December 1943, he was drafted into the U.S. Army where he served with the 93rd Cavalry Reconnaissance Squadron in the European theater. For his service, Chin was awarded the European—African—Middle Eastern Campaign Medal and the Good Conduct Medal.

Cal Fung, 95, was sworn into active service in April 1943. As a staff sergeant and general clerk, where he served in five European battles and campaigns. Along with the European—African—Middle Eastern Campaign Medal and the Good Conduct Medal, Fung was awarded the World War II Victory Medal.

William “JB” Chin, 95, graduated from Garfield High School in 1943—the same year he began his service in the U.S. military. Chin fought his way through France and the Rhineland before eventually being captured by Nazis in the Hurtgen Forest region. After returning to the United States, Chin attended the University of Washington. Among his many accolades, Chin will receive the Chinese American Congressional Gold Medal in 2020.

Thomas Lew, 96, served as an expert sharpshooter in the U.S. Army’s amphibious tank unit from 1943 to 1946. He completed his foreign service in Luzon, Philippines where he achieved the rank of sergeant. Following his discharge from the military, Lew became a mechanical engineer and worked for the Boeing Company until his retirement.

“These veterans served valiantly and with great patriotism,” said Cathy Lee, President of the Chinese American Citizens Alliance Seattle Chapter, and organizer of the upcoming Seahawks event. “We’re sad that we weren’t able to honor them sooner, but we are racing to get this done now and to recognize those that are still living.”

During World War II, Chinese Americans faced discriminatory laws including the Chinese Exclusion Act which, in 1943, was repealed in favor of the Magnuson Act, which set a quota of 105 Chinese immigrants annually.

“These veterans went a long time without being recognized,” said Flood. “They are a huge part of the fabric of this country and its time we honor them for their service.”

The U.S. Mint completed its design of the Congressional Gold Medal for Chinese American World War II Veterans in early November with the official award presentation scheduled for Spring 2020. Speaker of the House Nancy Pelosi is scheduled to preside over the Washington D.C. ceremony.