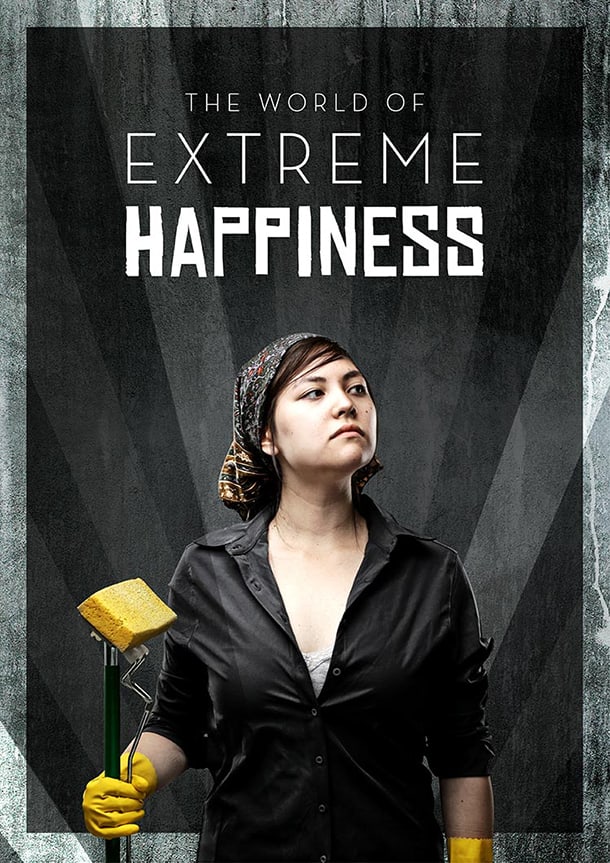 Poverty and the challenges faced by ordinary workers are familiar experiences worldwide, and one such story comes to the Seattle stage this month. The World of Extreme Happiness by Frances Ya-Chu Cowhig will be co-presented by Seattle Public Theater (SPT) and SIS Productions at SPT’s Green Lake theatre venue.

SPT Co-Artistic Director Annie Lareau states that this play reflects the new mission of that theatre company. “When Kelly Kitchens and I came aboard as Co-Producing Artistic Directors, we made the decision to change the direction of the company,” Lareau said. “We created a new vision of the company, which was to create an inclusive and intellectually curious community that actively engages with ideas and people.”

The World of Extreme Happiness centers on a young woman in China who struggles to obtain better employment through the lens of self-help culture. Lareau believes the focus on both class and gender support SPT’s vision. “Though the story takes place in China, the themes are inherent for women in particular in all cultures,” she said, “and in today’s society, we are deeply involved now in understanding individual rights versus corporate personhood.”

Once the play was selected for SPT’s season, Lareau and Kitchens reached out to Kathy Hsieh at SIS Productions. “I think the primary reason Annie reached out,” Hsieh said, “was because we had developed a great working relationship on the two other recent productions she had done that had significant themes within an Asian or Asian American context, Chinglish at ArtsWest and Hotel on the Corner of Bitter and Sweet.”

Both Hsieh and Lareau believe the partnership adds quality to the production. “One of the best ways to bring a story to life on stage is to involve artists that authentically represent the characters being depicted,” Hsieh said. “By having SIS involved, we’re able to help offer perspectives, input, and guidance that deepen the work and help it better speak to the Asian American community.”

Lareau agreed. “I think it would be remiss of us to do a piece that is so centered in a Chinese experience without involving SIS and Asian American artists to the fullest in this project,” she said “It is imperative that these voices live at the center of the piece.”

The two companies have worked together throughout the rehearsal and planning process. “SIS has been involved with the production meetings, marketing plans, and conversations and community involvement that will be surrounding this play throughout its run,” Lareau said. “We will be holding talkbacks after each performance that Kathy will help facilitate for any audience members that are moved to stay and discuss the issues that surround the piece.”

Hsieh agrees that this is the right balance of involvement in the production. “As a small, all-volunteer run theatre company without our own performance venue, SIS is only able to do a certain number of projects on our own each year,” Hsieh said. “And The World of Extreme Happiness is a show that needs far more resources than SIS would be able to easily pull together on our own.”

Beyond the pursuit of authenticity, Hsieh finds this play a great match for SIS’s mission, as well. “We’re both women-run companies that aspire to present shows that inspire audiences to engage more deeply with what’s being shared,” she said. “SIS is all about women-centered productions that explore the role of women in society and The World of Extreme Happiness does exactly that.”

The relevance of the play to American audiences was a key draw for SIS. “Even though it’s set in China, where socially and historically, it’s hard to deny the devaluing of women when so many have been thrown away in favor of boys, the themes in the play palpably parallel much of what is happening in the U.S. today,” Hsieh said. “With the last Presidential election, we here have had to question whether women aren’t further behind than we had imagined.”

Hsieh also views this production as important regarding race and ethnicity—and not just because it’s set in China. “An additional reason why a co-production is important for play like this is because a co-production models a best practice for racial equity,” she said. “Theatre in America has always been hugely inequitable when it comes to race.”

But the SIS-SPT partnership can demonstrate alternative ways of working. “Rather than having white institutions simply appropriate the stories of communities of color and poach the talent, a more equitable situation is a co-production where the POC-led company dictates what the partnership should be,” she said. “The POC-led company provides cultural credibility, community connections, and can better ensure that the production will be more authentic and inclusive. And the white-led company can provide the resources and staffing to make the production happen. And unlike the purely transactional collaborations of previous decades, the current paradigm encourages both companies to learn from each other as they build relationship with each other.”

Within this structure, local director Desdemona Chiang appreciated the opportunity to direct the piece. “Annie Lareau and Kelly Kitchens got in touch with me about directing this piece for SPT, and I’ve been a fan of the company for years,” Chiang said. “This is a piece that is dear to me as a Chinese American and a woman, so it felt like an opportunity too fortuitous to pass up.”

Chiang is confident that the play’s Chinese heroine will resonate with local audiences. “When I first worked on this piece, I was struck by how western the script felt, despite it being set in China,” she said. “The fight against a system of oppression, the individual’s struggle for visibility, our misguided notions of meritocracy and desire for personal advancement—these are also American ideas.”

She sees other links between the two major countries, as well. “There are a lot of shared values between modern China and America,” she said. “So the more I work on this play, the more I’m convinced that as our world becomes more increasingly technological, our perceived cultural differences eventually become subsumed by a larger shared notion of modernity.”

Staging non-American stories increase that sense of the world becoming ever smaller. “We have a tendency to judge certain kinds of systemic oppression in other countries and think that such injustices couldn’t possibly exist here,” Chiang said. “I hope audiences will be able to see the ways in which the world of this play may not be so different from our own world.”

Hsieh goes further and encourages audience members to engage actively with the play. “One value that the new producing team at SPT and SIS share is that we prioritize the role of theatre as a springboard for community connection,” she said. “So we’re working together to provide audiences with as many opportunities to engage in conversation about the piece and can’t wait to see what thoughts are ignited by the production.”

One family’s struggle for survival during the Khmer Rouge genocide