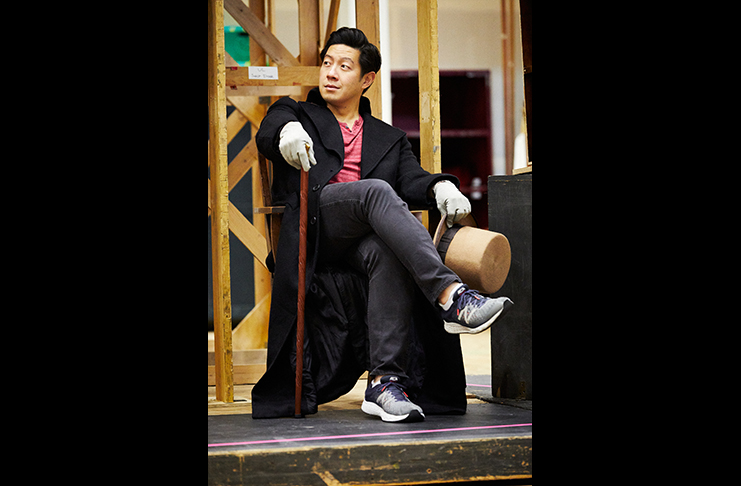 Opera singer and Instagram-foodie Adam Lau returns to Seattle Opera this fall, this time singing the role of Alidoro in Rossini’s Cinderella.

Lau reports that, when Seattle Opera approached him about auditioning for the role of Alidoro, he seized that opportunity immediately. “Cinderella has been an opera on my radar ever since I began vocal training,” Lau said. “I remember hearing recordings by Plishka and Ramey singing this piece. That’s when I knew that I wanted to sing this role someday.”

This role is in the bass vocal range, but according to Lau, it’s no mere comedic throw-away. “What I love about this opera is that the bass is actually a serious role and the vocal requirements are far more bel canto,” he said. “In fact, in Alidoro’s aria, La del ciel, the singer must test his stamina, vocal range, legato, patter and fioratura. Basically, everything in his arsenal is called to play.”

Rossini’s Cinderella differs a bit from the usual fairy tale, de-emphasizing the usual supernatural elements. “The opera Cinderella has an alternate name of La bonta in trionfo which means The Triumph of Goodness,” Lau said. “While it is still a fairy tale, this is a Cinderella with far more grit.”

Hierarchy and power are strong themes in this version. “Social and economic classes are very defined in this piece,” Lau said. “In this opera, Cinderella redeems and elevates everyone around her. By the end of the opera, she has leveled the playing field by cutting through all of the materialistic and social constructs that the other characters have been living in up until that point.”

Alidoro also uses disguise to his own ends. “Sometimes he dresses like a beggar to achieve his objectives,” Lau said. “Alidoro is the only character in the opera who is able to really traverse through the different social classes unnoticed, and he gets to break the fourth wall and engage with the audience too!”

Lau has essentially been preparing for this role for the past decade. “Some roles you can prepare in three weeks,” he said. “Alidoro is not one of those roles!”

According to Lau, years of practice and repetition are key to success in this role. “For a bass, working on this character is like preparing for a full marathon,” he said. “Each time you go through the music, you gain more and more stamina as the muscles become more conditioned for the virtuosic demands of the music.”

Lau recommends Cinderella as a good starter opera for those concerned about the typically high level of tragedy in operatic work. “This is an opera that has something for everyone,” he said. “We have a stellar cast of singing actors and no one dies on stage.”