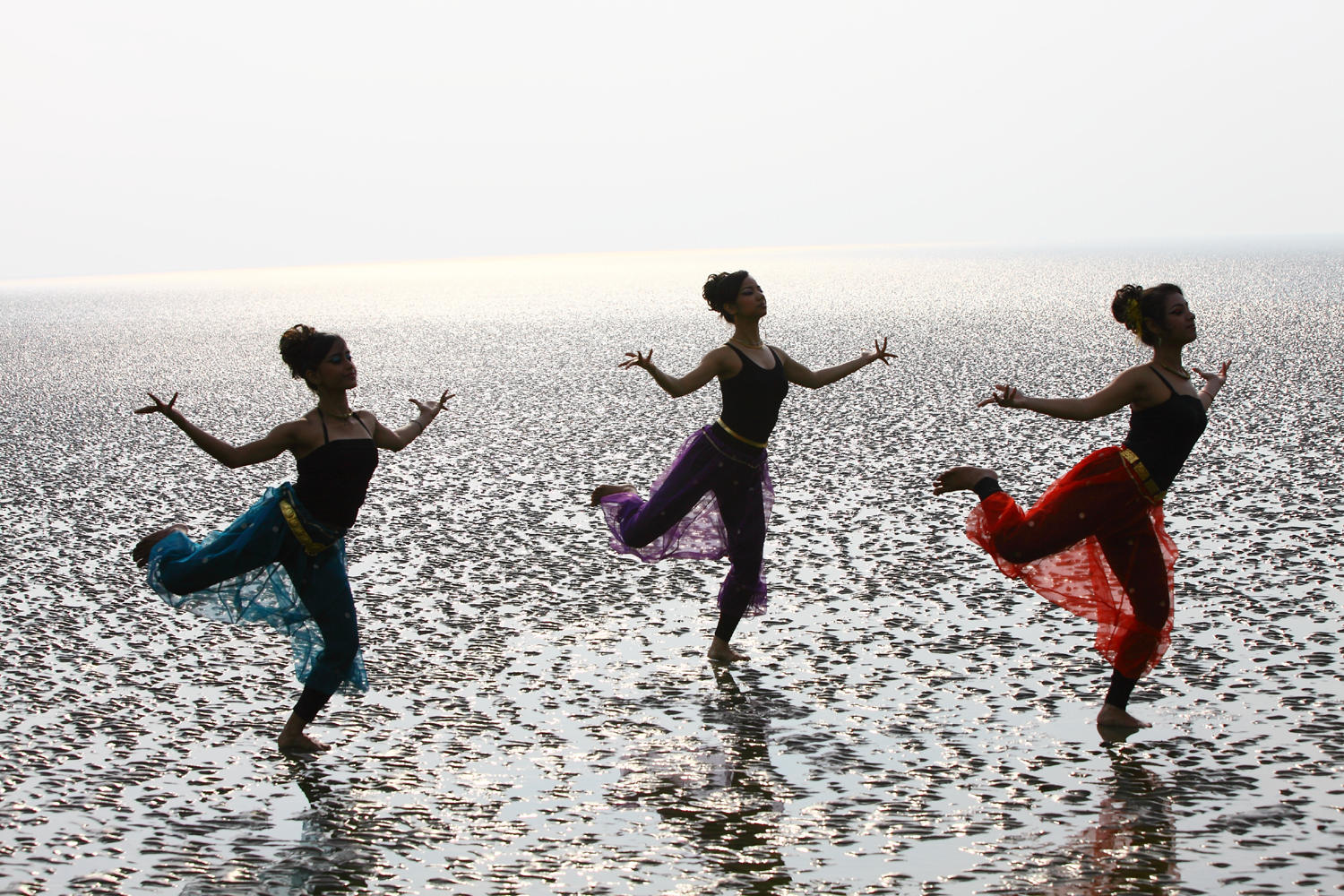 The year 2017 marks the twelfth year of the Seattle International Dance Festival, led by Cyrus Khambatta, artistic director of Khambatta Dance. The schedule includes 16 days of performances, workshops, and a free outdoor community event called Art on the Fly.

One of the dance companies scheduled to perform is Sapphire Dance Creations, led by artistic director and choreographer Sudarshan Chakravorty, hailing from East India. Sapphire Dance will present Ekonama – The Beginning at the End, a piece that combines classical Indian Chhau martial arts with contemporary dance. “The festival represents the rich and diverse cultures of the world and each year looks to find a part of the world it has not previously represented,” Khambatta said.

This focus on diversity is very purposeful for Khambatta. “SIDF has split bills, with at least two different artists work each evening, to allow audiences to examine the creation of art within different cultural contexts,” he said.

This mirrors the cultural and ethnic backgrounds experienced by Khambatta, whose father hails from Mumbai, while his mother is from Nebraska and of English and German descent. “SIDF embraces a deeply humanistic philosophy that I believe stems from my own upbringing and biracial heritage,” he said.

Because of this broad appreciation, Khambatta finds it impossible to prioritize favorite aspects of the festival. “SIDF is a celebration of the human spirit in all its colors, and the more individual events people attend, the more likely they are to benefit from the multi-faceted all-encompassing world of art-making,” he said. “Attending SIDF is like looking through a kaleidoscope as it is turning and reveling in all the different colors, shapes, and patterns.”

Khambatta and his team of curators work hard to showcase the variety of dance. “Any curating has some inherent biases that are present in the panelists who are overseeing the process,” he said. “But I believe our panels do an excellent job considering each artist’s work within the environment in which it is created.”

As artistic director, Khambatta’s goal is to expand horizons. “The festival hopes that the audience will gain insight into their own cultural experience as well as a greater understanding of the world in which we live and the people that inhabit it,” he said.

Sometimes practical details make these mind-expanding goals challenging. “Visas,” Khambatta emphasized. “There is no doubt, the most challenging aspect of the festival is the visa process. This year was even more difficult than others.”

The extent of this particular hurdle has received more attention lately. “Bringing international artists with the necessary visas is a hugely complex, costly and arduous process,” Khambatta confirmed. “It requires extensive communication back and forth with the artists gathering information and materials, and justifying to our government why the artists should be allowed to enter the United States to perform. It is one of the most time-consuming, intricate, and painstaking aspects of the festival.”

This barrier is not only legal, but also financial. “In years past, we relied on outside legal assistance to accomplish this task, but now we are bringing in too many international artists and we can’t afford that so we did it all internally,” Khambatta reported. “The U.S. government just raised the cost of each of the visas for artists coming to the country, and by now everyone is aware of the additional layers of scrutiny being applied due to political reasons.”

Beyond these obstacles, the sheer logistics of travel can be daunting. “When you factor in that Seattle is geographically distant from just about everywhere on the planet, save Canada and Mexico, the added travel and time costs add an unavoidable layer of complexity,” Khambatta said.

But Khambatta’s goals go far beyond the successful annual festival that he has developed with donors, supporters, and international artists. “I think there is a great lesson in banding together to use existing resources to create something better than the sum of its parts,” he said. “I want to export the lessons learned from creating SIDF to help other artists in communities do festivals of their own. I aspire to connect like-minded festivals and develop a thriving network of co-created, co-supported programming.”

Seattle International Dance Festival runs from June 9 to 25 at Broadway Performance Hall, 1625 Broadway, and other locations in Seattle. For more information, see http://www.seattleidf.org/performances/.