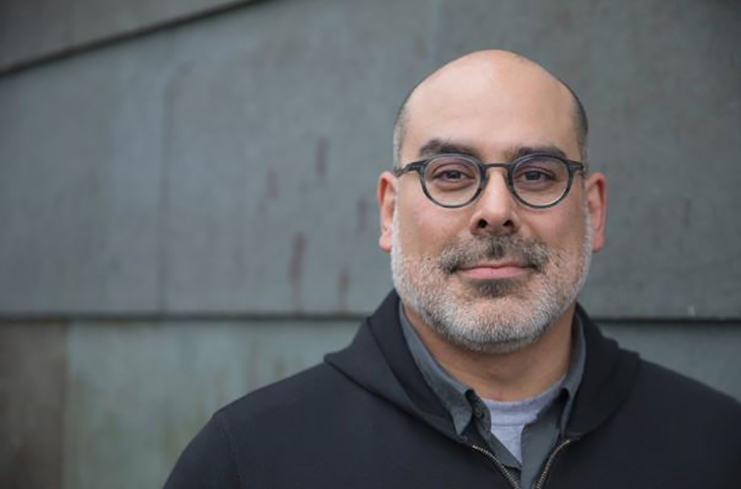 Christopher Peguero’s 20 years living in Seattle run all over the map. From working with the environmental richness of Washington state, to the service industry, to a 12-year career at the City of Seattle, to living with his husband and two young children in Beacon Hill, he has been a part of communities all over the city, finding his home in its multifaceted diversity.

Peguero is running for the City Council Seat to represent District 2, one of most crowded city council seat races so far, with seven candidates in the running. District 2 is the only council district where white people are in the minority. It encompasses the Chinatown International District (CID) and much of southeast Seattle, including Beacon Hill, Georgetown, and further south to Rainier Valley.

After attending school in Wisconsin, Peguero moved to Washington state and worked in environmental advocacy and education. Peguero said his identity as a Native American and Mexican American man meant that from the beginning, “my stories were centered in an ecological perspective.”

After teaching environmental education at Camp Orkila on Orcas Island, Peguero’s career paths prioritized diversifying the environmental sector, most recently at Seattle City Light, where he has worked for 12 years, currently working as the manager of City Light’s Environmental Equity Program. At the beginning of his career, Peguero was a part of the City’s Race and Social Justice team that looked at the “unintended consequences of public policy on communities of facing racial and institutional oppression,” Peguero said.

This lead Peguero to start SEqual, a City of Seattle LGBTQ employees for equity group, something he saw a general lack of representation for on a greater city level.

From the beginnings of his career in Washington, Peguero said he has prioritized inclusion, diversification and collaboration, creating initiatives and projects that have brought together various groups to the table to problem solve, learn and create conversation. These projects would become increasingly inclusive, such as helping facilitate the city-wide Equity and Environment Initiative which Peguero implements specifically at Seattle City Light. One of programs in line with this agenda helps bring diverse communities into the outdoors, like partnering with Wilderness Inner-city Leadership Development (WILD), Outdoor Afro and the National Parks Conservation Association (NPCA), to take an annual trip to the North Cascades Environmental Learning Center.

“We had the opportunity to change the outcomes for people in Seattle who are facing environmental injustice,” said Peguero of the Equity and Environment Initiative. “We institute policies that are bettering the environment, that all communities benefit from that and that includes impacts from gentrification and displacement.”

Peguero said these projects and his work as a whole underline his dedication to embracing Seattle’s economic, cultural, natural and linguistic diversity and keeping the city’s work in check with how it directly affects the people.

“I really believe that oftentimes it is systems that are broken. It is not people that are broken,” he said. “In the city of Seattle right now we have incredible challenges around affordability, gentrification, displacement pressures and oftentimes it’s when systems don’t work well that people fall through. That’s when we see the outcomes that we’re seeing around homelessness, dramatic increase in rent and evictions, housing unaffordability, secure food access, just the cost of living in general.”

Addressing homelessness is number one on Peguero’s priority list. After the city declared a “state of emergency” around homelessness in 2015, he feels Seattle hasn’t taken the action it needs to. Peguero thinks the City should sanction more encampments around the city.

“Sanctions allow for people to have an address, they could be a part of the political process, services for mental health, drug and alcohol, job placement, job counseling,” Peguero said. “Without an address, without stability, without a roof, you have to have those things first before you can get to addressing those other issues.”

His plan also includes holding the city accountable for the 6,000 units of affordable housing promised over the next 10 years as part of former Mayor Ed Murray’s Housing Affordability and Livability Agenda (HALA). Every week, Peguero takes part in the hands-on efforts to build tiny houses as volunteer for Camp Second Chance, which is one of six encampments authorized and funded by the City’s Human Services Department.

“He gets it. He sees the problems. He sees what we need to do to come up with the solutions and he’s willing to get down and dirty and do those things,” said Tomasz Biernacki, a Seattle-based filmmaker who produced the documentary Trickle Down Town about the homelessness crisis in Seattle, and supporter of Peguero’s candidacy. “He asks a lot of questions about the issues. He seems to me like the kind of guy whose doing research and looking for actual solutions, things that don’t look good just on paper.”

Peguero wants to expand affordable housing and multi-family zones, as 75 percent of Seattle is currently zoned only for single-family housing. His campaign is intended to be youth-forward, in that he looks specifically at establishing restorative justice and various city-wide support systems for the LGBTQ, homeless and youth of color who are especially susceptible to the incarceration. This means restoring art, athletic and music programs in schools as well as creating a youth council to “better understand the needs of youth residents first hand,” according to Peguero’s website.

“A lot of our platform is really about uplifting communities that have not had a strong voice and putting them to the front,” said Peguero. “If we’re pushing people out and we’re not addressing those issues, we’re not seeing how systems are broken and how that’s affecting everybody.”

After being in Seattle for 20 years, Peguero said he has become part communities that represent a wide variety of groups in the city. He places importance on showing up and being present. He’s familiar with the pitfalls of the “Seattle process” of talking about solutions rather than “moving towards action, doing something and solving issues.”

“I really appreciate Chris because he holds multiple complex identities, and he understands that in order for us to move forward as a city we need to recognize and value all of the different communities and identities that are represented in Seattle,” said Fred Swanson, the executive director of Gay City, Seattle’s LGBTQ center, of which Peguero was a board member from 2017-2018. “Community centered representation is really important.”

Peguero said that ideally within his first year of office, he and his staff would be available seven days a week, with a roaming office available throughout various neighborhoods. He wants to create a council of representatives from the district made up of women, minority groups, queer and trans people of color, including a small business council to help inform public policy. Peguero seeks presence, engagement and action, bringing together and bringing forward the diverse community he would represent.

“I think our district really is hungry for representation, change, stability, and access to being able to thrive in place,” said Peguero. “I think in this position, we could really lead the city in regards to how we solve some of those issues. Our campaign is action oriented and I think because of the experience that I have, that I can hit the ground running”

Peguero often uses the word “thriving” to describe the environment he wishes to create. He said he wants to foster change, growth, creativity and relationships amongst the people who live within District 2. He doesn’t want to be the one whose face is the symbol of his campaign, but he looks to foster an environment in which every member feels that they and their voices are the ones put forward as a part of the change.

“We need to give each other more love and respect,” said Peguero. “We need to see the humanity within each other to overcome the obstacles.”