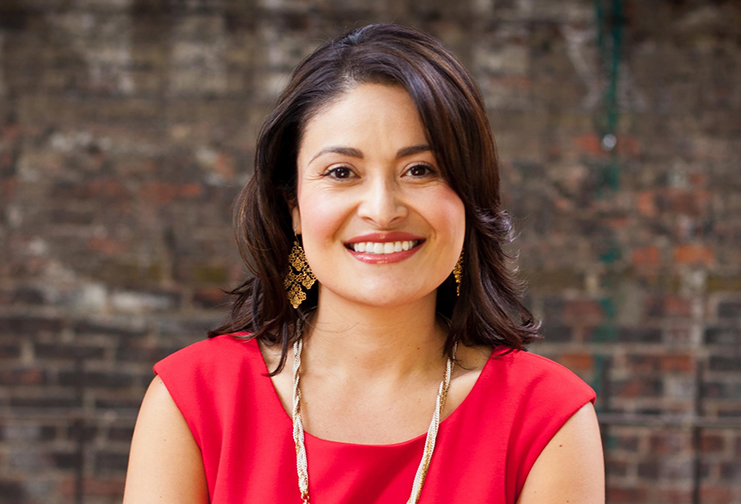 In all of Washington, there are few places that connect to the immigrant experience quite like the Seattle Chinatown–International District (CID), where more than half of its residents speak a non-English language at home.

So, it might be no surprise that Seattle City Council President and mayoral candidate M. Lorena González finds a natural kinship with the CID.

“Protecting the cultural identity and the residents and business owners of Chinatown International District is of critical importance to who we are as a city,” she said. “I remember as a young person coming to the city of Seattle, to be able to see a neighborhood like the Chinatown International District and Little Saigon, is really powerful. To see a sense of place where our heritage, our culture, is front and center and something to be proud of is something that is really important to me to continue to protect and invest in.”

Having grown up in poverty with her migrant farm-working family in Central Washington, González has the distinction of being the first Latinx ever elected to Seattle City Council, and would be Seattle’s first woman of color to be elected mayor.

“I am first and foremost the daughter of immigrant parents,” she told the Examiner in a recent interview. “My parents were Spanish speakers only. And that meant that us as kids, we were their translators, we were their interpreters in life. And in a lot of ways that made us grow up a little bit faster.”

This is a scenario all too familiar in the Asian/Pacific Islander (API) community – American-born children serving as translators for their non-English-speaking parents.

González also relates to the API community’s entrepreneurial spirit and reverence for its elders and ancestors.

“My family has always had a culture of resiliency, of knowing that we come from really strong, powerful ancestors, and knowing we have a responsibility and duty to fulfill the promise that this country offers in terms of opportunity,” she said. “My parents sacrificed their home country, left their home country, to make sure that me and five siblings had a better education, had better job opportunities, and could be whatever it is we wanted to be in this country, that is now our home.”

González grew up in Prosser, which is 50 miles southeast of Yakima, with a population of less than 6,000. She was raised by parents who were undocumented immigrants from Mexico who became legal permanent residents. Her mother eventually became a naturalized U.S. citizen. And in her household, it was not uncommon for an aunty or uncle or grandparents to be living with them.

“The multigenerational family culture is very strong for me as part of my background, and it really has actually influenced how I do my work as a policymaker,” she said. “I strongly, firmly believe in bringing in those different voices and surrounding myself with people who have been impacted the most by things that the city has done or hasn’t done.”

This drive for inclusion manifests in her passion as a policymaker when it comes to language access. As someone who has served as the ears and voice of her parents while growing up, González knows acutely how much of a barrier language can be.

“I am likely the person on the City Council and in city government to talk the most about language access,” she said. “In just about every single presentation I get from a department, my number one question is, ‘What are you doing to prioritize culturally appropriate language access to people in our city who do not speak English or have limited English proficiency?’ ” she said.

González says there are cities, like Chicago, that offer guidance and directives to city departments that go beyond offering translation, but actual, culturally appropriate access to programs, services, and information.

“That is something that would be a top priority for me,” she said, of being mayor.

One example of how a lack of language access can be life-or-death is with unreinforced masonry. She says it’s a public safety issue, because the CID is the neighborhood that is most at-risk of buildings crumbling in the next big earthquake because many of the buildings aren’t properly reinforced.

“It’s almost impossible to access information about those programs, about the dangers of unreinforced masonry, and about how to engage with the city on addressing them, in language,” she said.

González has drawn upon her immigrant roots to work with the CID in other ways. When, in 2016, the InterIm Community Development Association approached González to help fund the renovation of the Danny Woo Community Garden, she signed on as prime sponsor. This funding was to go toward restoration, cleanup and safety improvements to make it more accessible for seniors in the neighborhood. She says she was able to garner the support of the full council to get $400,000 in city funding for the garden.

“Being able to appreciate that value and that space in terms of the benefits it provides to the community is something that is informed by my own upbringing,” she said, “always having a garden for my grandmother and my grandfather, whose health – both mentally and physically  – benefited greatly from being able to cultivate the land. And that, to me, is something that is an example of how, when I’m asked to consider being a champion on issues like that, I go back to my own set of experiences of how important those types of activities were in my own family.”

González’s kinship with the API community extends to solidarity around denouncing recent anti-Asian hate crimes, including one attack in January near Capitol Hill where, according to court documents, the attacker said that “Asian people need to be put in their place.”

Referring to the previous presidential administration while not naming it, González says former President Trump bears responsibility for these attacks.

“There have been horrific stories of racial targeting, racial slurs, racially biased hostility towards the API community because of the former president’s rhetoric around the genesis of where COVID is believed to have come from,” she said. “It’s abhorrent and cannot be allowed, and does not have a place in our city. We are better than that, and I know we will overcome this because we can stand together in this city. We’re a city of multicultural, multiracial solidarity, and that’s what’s gonna get us through this moment.”