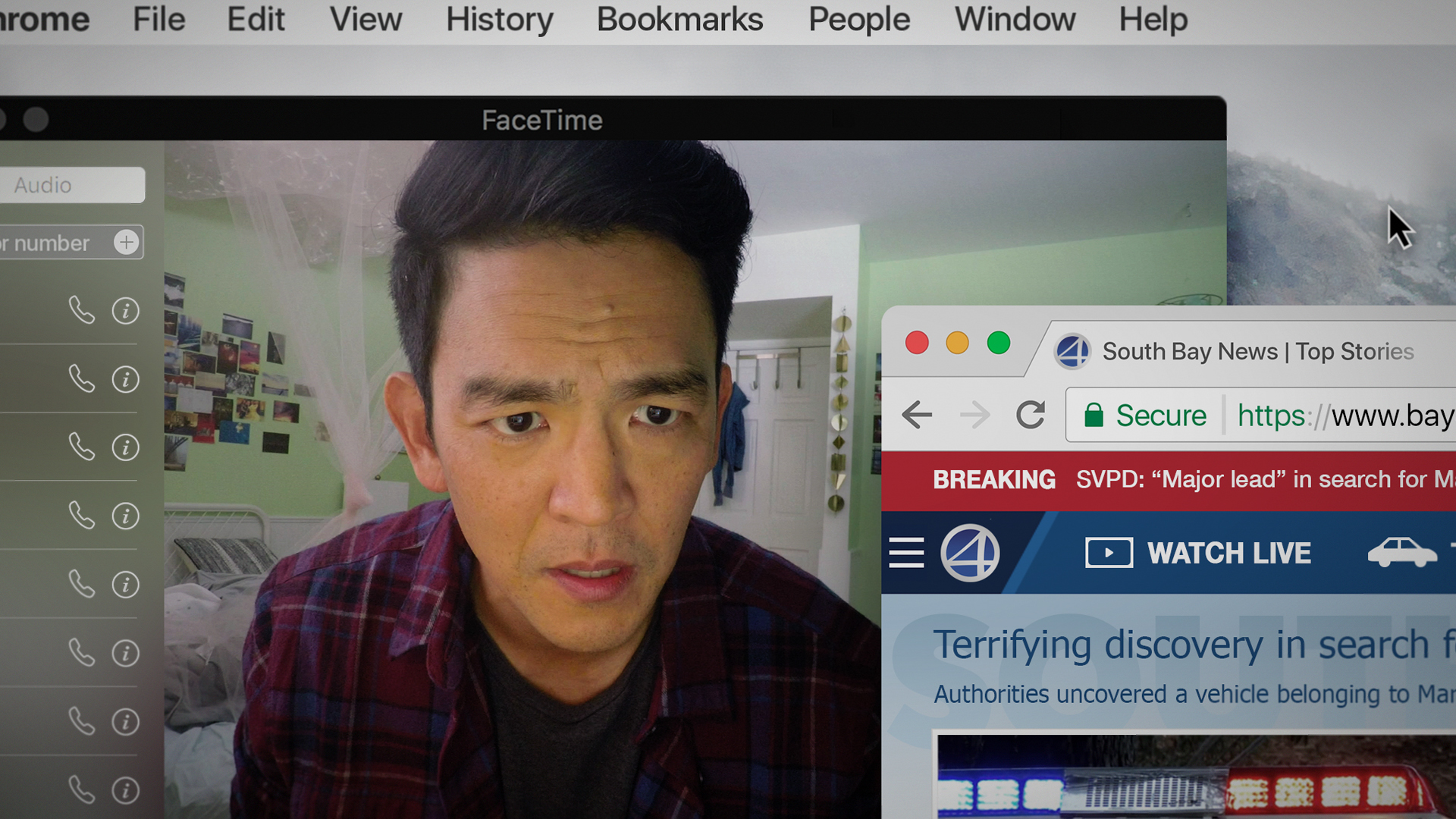 “Someday, someone will write a thesis on this film,” said the Q&A moderator following the world premiere of Aneesh Chaganty’s groundbreaking debut Searching, which won the Alfred P. Sloan Foundation Feature Film Prize. Taking place entirely on computer screens with the characters interacting through voice calls, texting, and FaceTime, the film is the first of its kind, succeeding where others have failed at trying to convey modern use of technology by its all-out yet realistic approach.

The opening montage introduces us to the Kim family: David (John Cho), Pam (Sara Sohn), and their daughter Margot (Michelle La). Throughout the evolution of the family computer from Windows XP to Mac OS X, the audience is privy to home videos and snapshots of Margot’s first days of school. Interspersed throughout are emails revealing Pam’s cancer diagnosis, remission, and relapse. The mouse moves the calendar entry “Mom comes home” to a later date, then deletes it altogether. Cut to selecting a photo for the memorial service. The entire sequence is as eloquent and as moving as the beginning of Pixar’s Up.

Still reeling from Pam’s passing, David isn’t doing single fatherhood quite as well as he’d like to. When teenaged Margot doesn’t come home from study group one night, David’s concern quickly escalates to panic. Together with Detective Rosemary Vick (Debra Messing), the search becomes a race against time if they are to find Margot alive. Meanwhile, with the information contained in his daughter’s laptop offering the only possible clues to what might have happened to her, David is forced to accept that he knew even less about her life than he imagined.

The screenplay, co-written by Chaganty and Sev Ohanian, is rife with delectable twists and turns, but it’s the execution and clever use of technology that keep the story grounded and seem, well, relatable. We laugh at middle-aged David’s first attempt to find his daughter’s Tumblr by Googling ‘tumbler,’ and feel the same sense of unease as the character when he realizes that one of her online friends is something more sinister behind the online persona. It’s realistic too, unfortunately, that there’s an outpouring of support on Facebook from peers who by their own admission didn’t know Margot very well.

In the post-screening Q&A, Debra Messing recalled how intrigued she was when she read the screenplay for the first time, noting that it didn’t matter to her whether the film was successful or not because it was so innovative. During his turn on the mike, John Cho momentarily got choked up talking about how emotional it was for him, as an audience member, to see a family that looked “like mine” onscreen.

A triumph for representation and original storytelling and filmmaking, Searching was arguably one of the strongest features in what many critics are writing off as a weak year for Sundance.