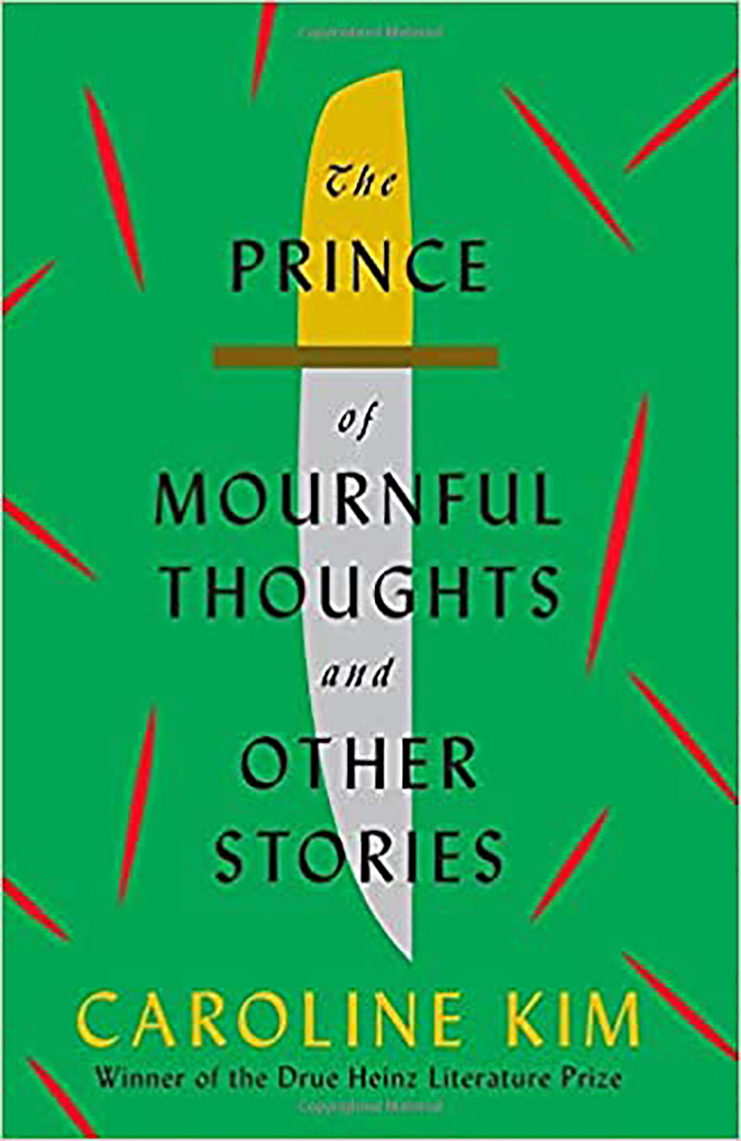 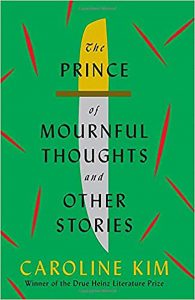 The 12 stories that make up Caroline Kim’s The Prince of Mournful Thoughts and Other Stories won the 2020 Drue Heinz Literature Prize, selected by Alexander Chee, and it’s easy to see why.

This is an introspective, carefully crafted collection that uses the Korean diaspora as its central focus. Kim does a good job of finding an emotional center for all of her stories in the voices of their main characters as they search for a place or people that will feel like home. In doing so, Kim doesn’t repeat the same material. An epigraph for the collection reads: “There was no way back. There never had been. From now on I would just live places.” Indeed, many of these narratives, often told in first-person, are the attempts of the protagonists to understand their Korean culture and history which often makes them outsiders in both Korea and the United States.

The Prince of Mournful Thoughts and Other Stories has two categories for its work: those that take place in historical Korea and those that illustrate the complicated lives of Korean immigrants in the United States.

The historical Korean stories consist of “Arirang,” “Seoul,” and “The Prince of Mournful Thoughts.” Each of these pieces is rich with descriptions like when one character describes herself as “clip[ping] the long, hairy ends of the bean sprouts between your fingernails, tossing them into the dirt,” or when a husband tells a wife, “he would say he also felt the reverberations of the long line of T-34 tanks and open-backed trucks carrying the KPA, the Korean People’s Army, on the road to Seoul,” or “he took his time, running him back and forth like a rabbit, before he finally lunged toward the eunuch, screaming, his spear raised high.” These protagonists are a young wife who ranks the lowest of her husband’s family, a boy growing up in the middle of the Korean War, and a royal secretary—all outsiders but full participants in the emotions of each story. Kim’s language reflects the time period, setting and social class of each.

The stories that take place in the United States are often told from the point-of-view of children or young adults: “Lucia, Russell, and Me,” “Magdalena,” and “Good-Bye, Good-Bye.”

These in particular are striking because of the insights about the United States that these young people experience. In “Lucia, Russell, and Me,” the main character observes: “The confidence my school friends had, especially the popular ones, was unshakeable. They lived in a cocoon created by their families and church, believing they were suns around which everything turned. They didn’t realize yet that there were bigger suns and other galaxies. They didn’t know how small and insignificant they really were, and not just them, but the whole of the human race.” This character goes on to add: “…because nobody ever liked me. I didn’t know if it had to do with being Korean or just being me.”

A reader can see how Caroline Kim understands what she does well, and how she challenges herself. “Arirang,” in particular displays a masterful use of second person. The use of “you” in addressing herself and in simply describing what the character does (“at this moment, you hate your neighbor”) adds to the distancing strategies the character must employ.

This collection also uses a diary format in the science-fiction story, “Therapy Robot.” Set in the near future, Kim cleverly inserts a therapy session where the protagonist reveals: “Sometimes I think people from that time were so much stronger than we are now. Look at my own parents. Both of them survived the Korean War. As children! They witnessed atrocities they won’t talk about.”

My favorite story is “Mr. Oh,” with its use of clipped short sentences that belie the fact that the title character once studied Kierkegaard at Yonsei University in 1957. Immigration to the U.S. has made him a successful laundromat owner. When he tells his daughter, “Life is hardest work. I wonder why when I say, it sound so easy? My daughter look like she understand but don’t want to believe.”

Also extremely strong is the poetic concluding story, “Good-Bye, Good-Bye,” that uses a child’s surprising use of juxtaposition and associative connections: “Umma says pink plastic telephone has to stay in Korea. Then how am I going to call Minnie Mouse and San Toki?…American telephones only understand American. I don’t know American. I need Korean telephone.”

Caroline Kim is a gifted writer who surprises with her variety of settings and times. By each story’s end, the reader feels resolved that “there is no way back” and that these characters and their stories will “just live places” in their present.