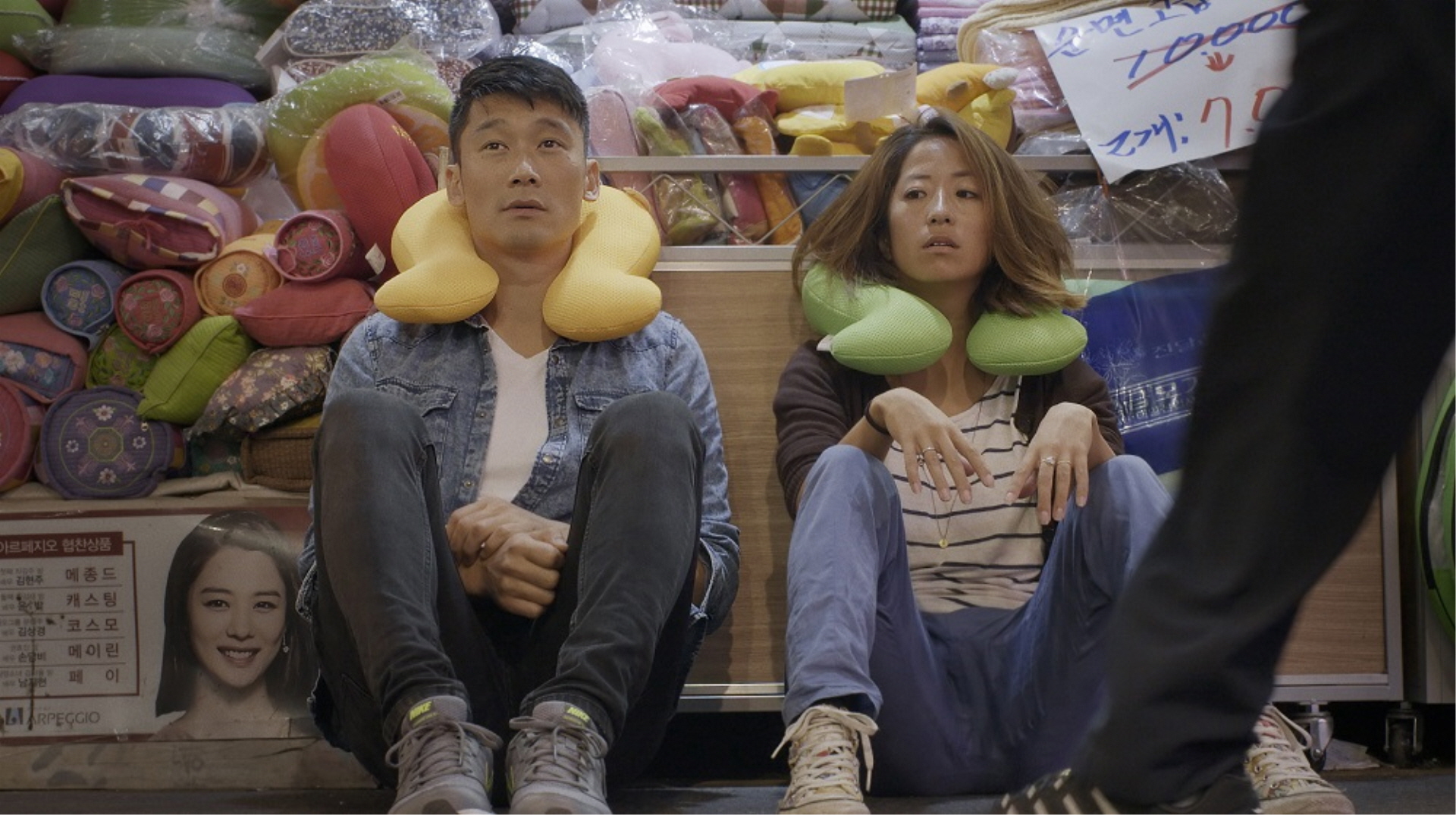 Over the past 60 years, South Korea has sent an estimated 200,000 of its children to other countries for adoption. What started as a humanitarian project to address children displaced or orphaned by the Korean War has over time morphed into a de-facto child welfare response. Since the mid-1990s, these adoptees have increasingly returned to their birth country searching for both family and cultural identities and demanding answers for their exile. Danish-Korean adoptee Maline Choi explores the subject of returning adoptees in her film, The Return.

At the center of The Return is Karoline (Karoline Sofie Lee), in Korea to search for information about her birth mother. At Koroot, a hostel-style guesthouse specifically for Korean adoptees, Karoline meets Thomas (Thomas Hwan), a fellow Dane, and adoptees from the U.S. The Return follows the fictional Karoline and Thomas through their individual birth family searches while also giving the audience a glimpse into the various real-life stories of the other adoptees at Koroot.

In many ways, The Return mirrored my own experiences. I was adopted from South Korea to the U.S. and have written about the experiences of Korean adoptees in my blog, Harlow’s Monkey, since 2006. As an assistant professor at University of Washington Tacoma, I also research intercountry adoption. I sat down with lead actor Karoline Sofie Lee, in town for the Seattle International Film Festival, for a conversation about the film, adoption and identity. The following is an excerpt of our conversation.

JaeRan Kim: In a way I felt like I was part of the film because I’ve stayed at Koroot. How did you get involved with this film?

Karoline Sofie Lee: I saw this post on Facebook that they were looking for an actress for this movie and they wanted her to be adopted from Korea. It took me maybe a couple of months to convince myself that I should [contact the filmmaker]. Since I was a kid I wanted to be an actress, but in Denmark you don’t really see any Asian actors in the Danish-produced movies. But then I just took this chance and a week after the casting, they called me and were like, “We really hope you’re gonna say yes because we want you.”

JRK: Because [the film is] kind of quasi-fiction – there’s fictional characters – and some documentary, some of the interviews with other people for example, were all of those real [stories]? What parts were scripted?

KSL: Yeah. [Choi] was counting on that somebody would be [at Koroot] and agree to be part of our movie. Fortunately, we met these really nice persons and they wanted to be part of the film. And before we shot the scenes I had no clue on what their story would be so it’s actually just, like, me and them talking and they’re telling their true story. For most of the scenes there were no script. [Choi] just told me what kind of feeling my character should have in the scene and where she wanted it to go. We did some scripted scenes but most of them didn’t make the cut because we invited some Korean actors to participate but it didn’t seem right, it didn’t feel natural. You could tell it was a scripted scene. [Choi] wanted it to be very realistic.

JRK: As an adoptee, what was it like to portray another adoptee in this film?

KSL: Well, it felt kind of natural because I’ve been through a similar journey. But it was also kind of difficult trying to live out another person’s life and story. I had to try to play the scenes as if it were me in the situation but still I was in character. At some points I could be a bit confused about who am I and who is Karoline in the movie.  So, it got mixed up. It took a while after the filming before I “landed” in myself again [laughs].

Growing up it was difficult. I am from a very, very small town with only 300 people and my brother and I were the only non-whites. But my parents I think they just tried to forget the fact that we looked different. I was bullied a lot because of my looks. A lot of name calling, a lot of “you should go back to where you came from” – “you don’t belong here.”

That was very frustrating because I felt I belonged in Denmark. I was adopted when I was only five months old, so I knew nothing about Korea and Korean culture. And the hard part when you’re an adoptee is you can never feel at home [in Korea] because you did not grow up there. When I went back as a teenager I had this hope that I would feel at home, that I would feel at peace. but I didn’t. I felt like a complete stranger and that shocked me a lot. I didn’t know where I belonged.

JRK: You said this was your first film. Are you now looking for other roles?

KSL: I would love to do more, because that’s my passion. It’s a difficult business in Denmark. And since I’m a non-trained actress people don’t know me yet but hopefully this film can be a start.

South Korea’s adoptees have been at the forefront of a growing body of art and scholarship that questions and counters the prevailing ideologies and practices that led to the displacement of so many of its citizens via intercountry adoption. I, along with both the real-life and fictional Karolines, have struggled with this sense of being in-between; feeling estranged in our countries of birth because of the loss of our cultural knowledge, and often rejected or seen as foreigners in our countries by adoption because of our racial and ethnic status. In combining real-life Korean adoptees’ stories with the fictionalized storyline of Karoline and Thomas, The Return thoughtfully explores the lifelong experiences of Korean adoptees and provides a window into our evolving identity development and search for belonging.

The Return plays as part of SIFF on Monday, June 4, at SIFF Cinema Egyptian. Linda Ando contributed to the interview. For more information about the experiences of Korean adoptees, check out the following resources:

Why a Generation of Adoptees is Returning to South Korea, New York Times January 14, 2015.

SideXSide: Out of a South Korean Orphanage and Into the World