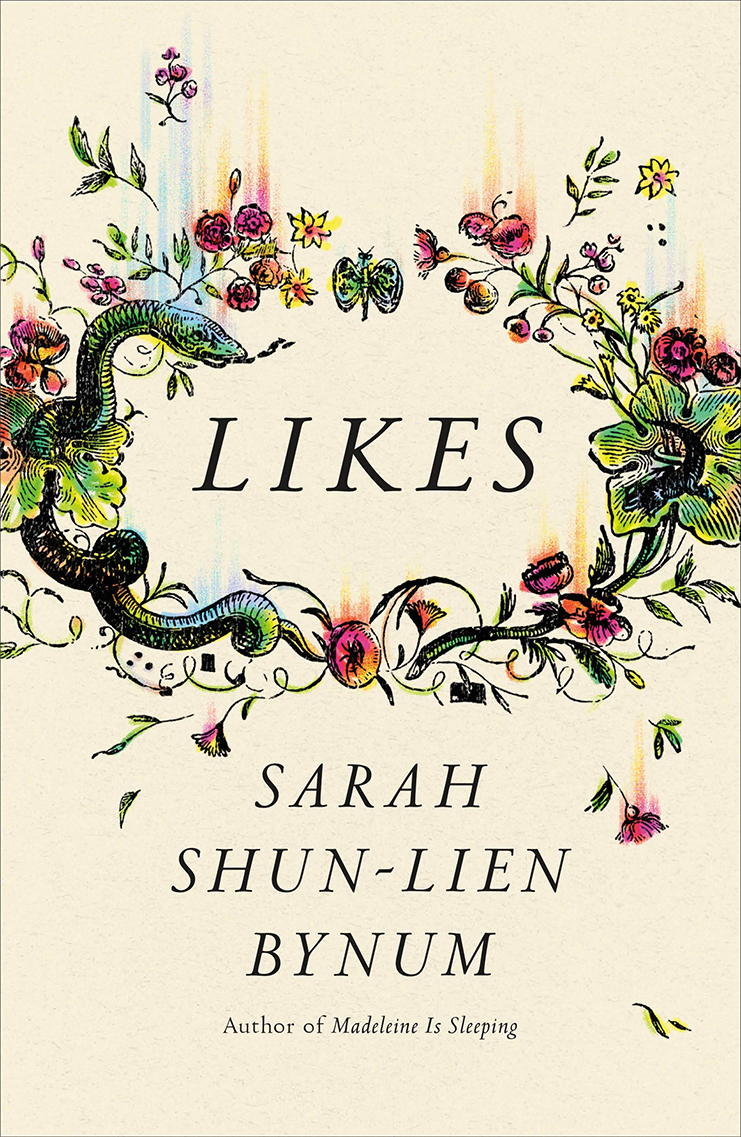 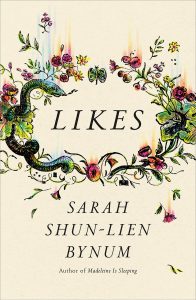 Writers in 2020 seem obsessed with, well, 2020. And rightly so, some would say. Between a relentless pandemic, a racial revolution, and unprecedented political polarization, the year has refashioned our lives. Others argue that it’s too early to regenerate such charged experiences into meaningful art. But the truth remains that political turmoil, systemic racism, and even the occasional pandemic are already infiltrating new releases. Novelists may be limited in the scope of what they should portray in a single work, but short story writers can capture far more in an anthology. Sarah Shun Lien-Bynum’s Likes does just that.

As its title suggests, Likes imitates Instagram, our cultural conglomerate of trending topics. The anthology’s penultimate story even shares its name and features a father trying to decipher his volatile daughter’s Instagram feed. Bynum’s collection functions much the same way, feeding us a plethora of stories about fragile relationships, subtle racism, and yes, politics. The beauty of Likes is that there’s bound to be a story for almost everyone. The downside of Likes, ironically, might be the same thing. Bynum seems so intent on proving her relevance that she occasionally sacrifices originality to conformity.

That being said, some of Bynum’s stories put a fresh filter on popular tropes. “The Erlking” is narrated by Kate, a brown woman who takes her daughter, Ruthie, to a Renaissance fair at a Waldorf school. Kate tried to enroll Ruthie in a Montessori school but Ruthie’s behavior was not a “good fit” (she may have autism). As Kate tours the Waldorf wonderland – and regrets she didn’t apply to this school instead – she suspects Ruthie’s rejection had more to do with the color of their skin than her daughter’s behavior. “Week after week, she and her child had submitted themselves to the director’s appraising eye, and, for all their earnest effort, had still been found wanting. What flaw or lack did she see in them that they couldn’t yet see in themselves?” When Kate can’t find a dark-skinned doll to buy Ruthie as a souvenir, she wonders if the Waldorf school would have been any different, in spite of its magical fair. This story stands out among Bynum’s other anti-racist narratives because she splits the narration between Kate and Ruthie, and the little girl’s naïveté adds poignance to the story’s message. Bynum loses some of this finesse in subsequent stories when she tends toward the pedantic, thus weakening her impact.

Bynum does recover her poignance in Bedtime Stories, however.  A Black woman discovers her husband regaling their child with tales of the couple’s bohemian days in New York City. Her internal monologue reveals the true story. She was the ambitious daughter of immigrants who paid her way through grad school while he settled for working at a gym after undergrad. When she flew to Chicago to care for her ailing mother, he escalated an affair with a trashy white girl. As the narrator pulls herself back to the present – and the counterfeit story her husband is transmitting to their child – she contemplates the trivialities that facilitated their reconciliation. “So many years between them, and from where exactly does one begin to count?…There is no single starting point, only the density and shapelessness of experience held in common.” Finding healing in commonalities offers hope not just to the narrator but to everyone who’s experienced heartbreak and is desperate for reconciliation. Bynum might not have originated the idea, but her choice to depict it using a traditional couple makes it accessible to readers who may not identify with some of her other characters due to social or political differences.

Frayed relationships recur throughout Likes, and “Sunny and Julia” seems similar to other stories at first glance. On second glance, it’s noteworthy for its atypical angle. Bynum doesn’t filter this narrative through socio-political inequality like she does with many others, and she portrays a potentially threadbare topic – divorce – via a third party. A happily married couple (the narrator is a first-person “We”) is blindsided by the decay of their best friends’ marriage:

“Our months of conjecture, our lengthy, circular conversations with Julia: they have left us exhausted, not to mention irritated with each other, and with no deeper understanding of why she doesn’t love Sunny in the same way she used to…As much as we try, we can’t bring ourselves to believe what she keeps insisting on, which is simply that she wasn’t happy.”

Beyond Bynum’s decision to frame her narrative with this surprising point of view, most refreshing for me was her decision to conclude by highlighting the ex-husband’s heartbreak. In an age of women’s rights, we sometimes forget that good men possess an equal amount of emotion and equal desire to stay in their children’s lives, and I appreciated a female author willing to speak up for the “other side.”

But in spite of these standout stories, Bynum has some less-than-flattering ventures. A couple of attempts to depict racism seem pedantic or cliché, and the same can be said of her political commentary. Likes, the anthology’s namesake, prophesies the doom awaiting us when we reelect a toxic sitting president – a message that we’ve heard for over a year but now seems a bit fatalistic. Bynum also makes a couple of (to me) inexplicable forays into fantasy and metafiction. “The Young Wife’s Tale” and “The Burglars,” both of which include time travel, are particularly difficult to follow.

Nevertheless, Likes is ideal for readers interested in scrolling snapshots of society. From skin tone, to politics, to sexual orientation, there’s a narrator that will resonate with most of us. Bynum might not give us the cohesion expected of a novel – or even some anthologies – but she captures the essence of a nation increasingly scattered among a plethora of social causes. Causes to trump all others, according to each of their lobbyists. Even if Bynum began writing Likes before this calendar year, she’s absolutely caught the spirit of 2020 – a year none of us will forget.