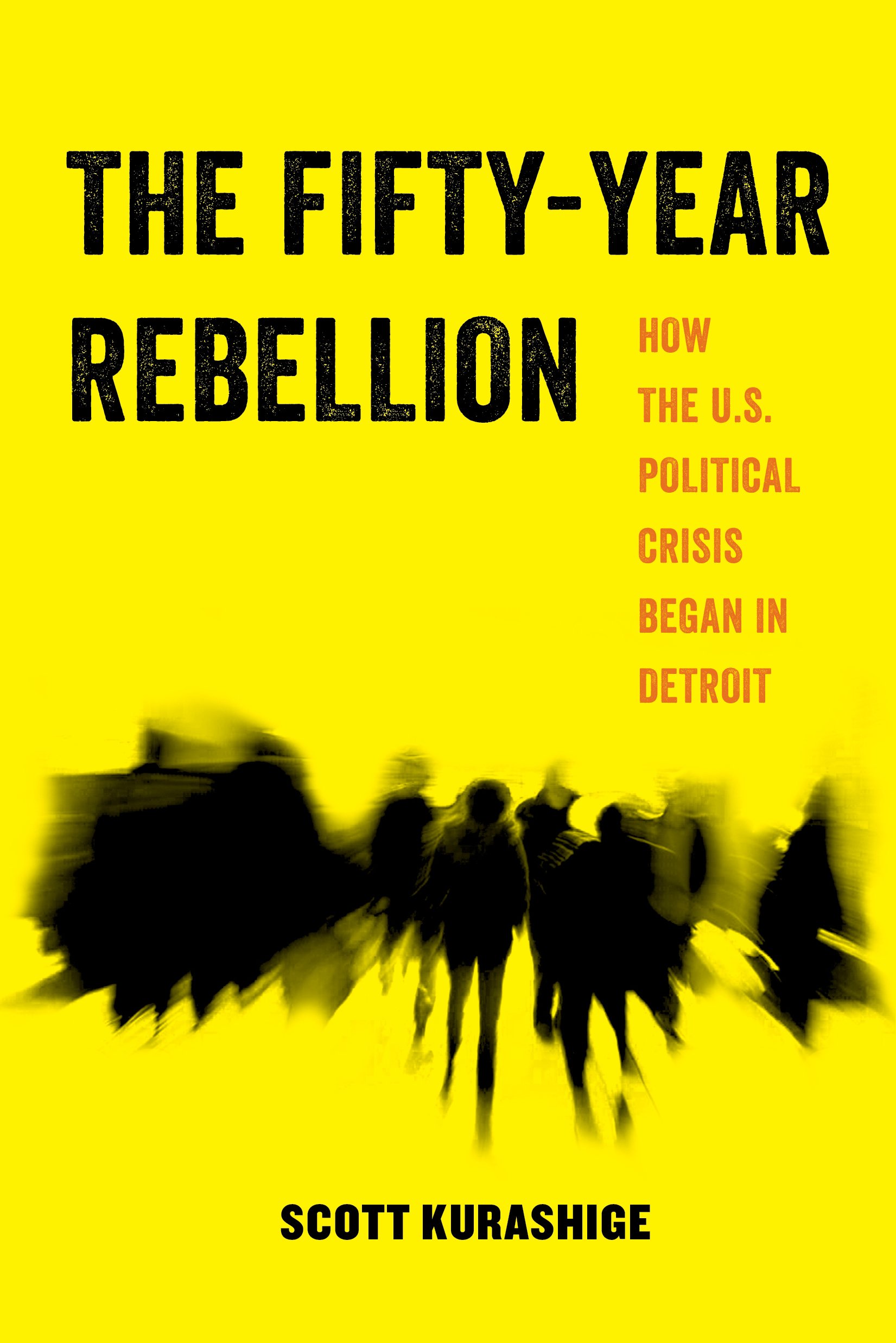 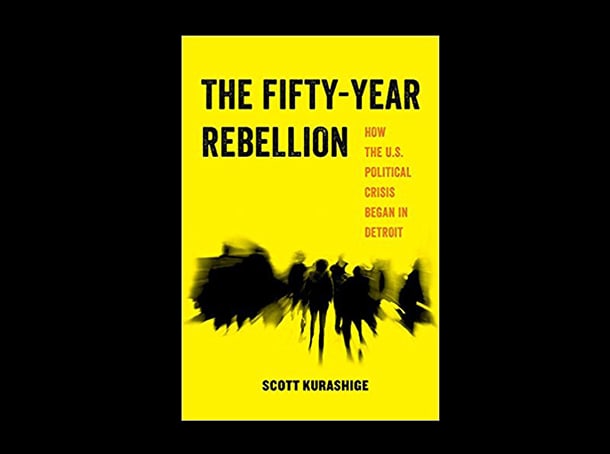 “Detroit has been the in the forefront of the deindustrialization of the urban cores and the institution of neoliberal policies in U.S. cities that primarily hurt communities of color,” argued Scott Kurashige in a recent interview with the International Examiner.

Kurashige, a Japanese-American whose mother’s family is native to Seattle, is a University of Washington, Bothell, history professor and writer of the recent book, The Fifty-Year Rebellion: How the U.S. Political Crisis Began in Detroit. The election of President Donald Trump and the strong move toward pro-corporate environmental and labor policies, in addition to the support for aggressive police tactics that disproportionately hurt communities of color nationwide, is not surprising to Kurashige. Detroit has already seen these policies and in full force and so it comes as no surprise to Kurashige, a former Detroit resident, that they are being exported across the United States.

Kurashige and his publisher, the University of California Press, released the book to coincide with the 1967 rebellion of African-Americans in Detroit against police brutality, sub-standard and segregated housing, and discrimination in the workplace. Kurashige’s first chapter addresses the causes of this rebellion while emphasizing that to many whites and those in government it was a “riot.” Kurashige quotes Chinese-American activist Grace Lee Boggs as saying, “We in Detroit called it the rebellion [because] there was a righteousness about the young people rising up.” This is juxtaposed with a white Detroit police officer quoted by Kurashige who described the rebellion as “more than a riot […] this is war.” Kurashige quotes a member of the Michigan National Guard, called to Detroit by Governor George Romney, as saying “I’m going to shoot anything that moves and is black.”

This first chapter sets the tone for Kurashige’s 143-page, quick moving and easy to read book that portrays Detroit’s demise and conflict in non-ambiguous racial terms. Kurashige states both in his book and interview with the Examiner that Detroit was ravaged by white flight that severely hurt Detroit’s public services and left the Detroit area segregated into a decaying, black urban core and an economically prosperous suburban area.

This decay of Detroit’s African-American, urban core was furthered by predatory lending practices that disproportionately hurt African-American communities. Detroit’s 2013 bankruptcy was the culmination in a process of marginalization of Detroit’s black community at the hands of a neo-liberal, white elite and a number of willing black collaborators. Kurashige details the emergency management of bankrupt Detroit by Kevyn Orr, a black corporate lawyer doing the bidding of Wall Street at the expense of Detroit’s struggling yet still existing black-majority communities.

Kurashige does an excellent job of finding smoking guns that vividly demonstrate the racism inherent in prominent individuals and policies aimed at dispossessing black Detroiters of power and dignity. Kurashige leaves no room for plausible deniability regarding the roots and motivations for the hollowing out of Detroit. For instance, at the beginning of his fourth chapter that details the racist neoliberal management of Detroit by Orr, Kurashige quotes Detroit’s chief financial officer under Orr, a 60-year-old white man named Jim Bonsall, as asking “Can I shoot anyone in a hoody?” as a way to belittle Trayvon Martin. The comment was made in front of many black co-workers as part of a discussion on how to prevent arson during Halloween. Kurashige also points out the hypocrisy inherent in the bailouts of Wall Street from 2008-2009 but the unwillingness to bailout a bankrupt Detroit in debt to many of those same Wall Street banks.

When the Examiner asked Kurashige to make a comparison between the historical experience of Detroit’s communities of color and those of Seattle, Kurashige said the major difference is that Seattle did not experience anywhere near the level of white flight that Detroit did. Seattle always maintained a majority white population and as such its downtown never suffered the same neglect as that of Detroit. Detroit, on the other hand, was and still is a majority black city that fully suffered the withdrawal of white capital.

This withdrawal of white capital, while one of the causes of Detroit’s economic decay and ultimate bankruptcy, is actually seen by Kurashige as presenting a chance for positive and creative change. In Seattle, the local economy is strong and even those who work in lower-end jobs are invested in working within the existing economic and political system because they too can gain to a certain extent by a strong economy. In our interview with Kurashige, he cited the successful campaign for a 15-dollar minimum wage and the general acceptance—however reluctant—of the business community as an example of how those on the low-end of the socio-economic scale are working within the mainstream economic and political system in Seattle.

In Detroit, however, the mainstream economic and political systems have failed so horribly that people have no choice but to look for alternative beyond the system. Kurashige’s book ends with a chapter dedicated discussing alternative local business models, ways in which Detroiters have combated aggressive, inhuman police techniques, and alternative types of schools that have been developed by and for the Detroit community. In a neoliberal economic and political system that is often imposed in a top-down manner by corporate boards and lawyers like in the case of Detroit’s bankruptcy, Detroit’s citizens are providing an alternative model to the existing system. Kurashige told us in our interview that this is crucial because “protesting and pointing out problems is not enough. An alternative social, economic, and political vision is necessary” to enact real change to an increasingly radical and inhuman neoliberal system.

Unfortunately, as Kurashige himself laments, his chapter on Detroit’s alternative communities is far too short and limited. When asked about other resources to further explore these communities, he points to the book he co-wrote with Grace Lee Boggs titled, The Next American Revolution, and the documentaries, Urban Roots, Grown in Detroit, and The American Revolutionary as good starting points. He also recommended attending the Detroit Allied Media Conference in June as a way to see up close the alternative communities and visions in Detroit.