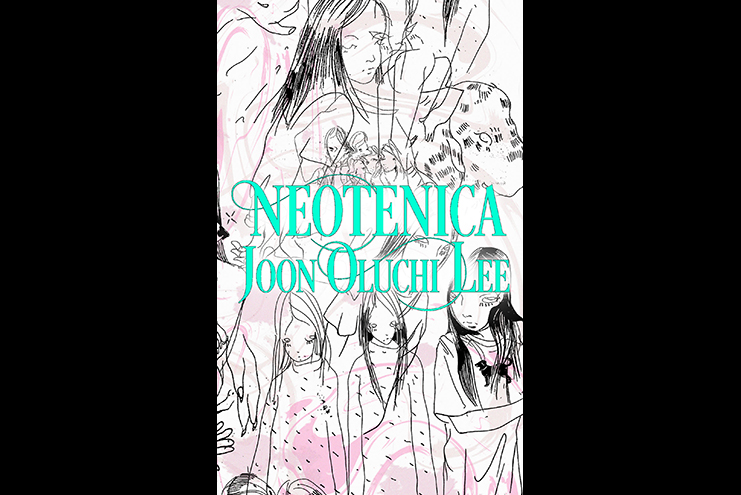 Neotenica is the third work by author Joon Oluchi Lee and is the 2021 Winner of the Lambda Literary Award as well as a finalist for the Ferro-Grumley Award for LGBTQ Fiction. Prior to Neotenica, Lee published two works of fiction, 94 (2015) and Lace Sick Bag (2013), as well as various essays on queer theory, feminism and fiction writing. Lee is associate professor of Gender Studies and Creative Writing at Rhode Island School of Design and blogs about life as a femme feminist gay male at lipstickeater.blogspot.com.

This short but vivid novella loosely revolves around a Korean woman named Young Ae and her husband (known only as “Young Ae’s husband”). The two are not in love, but their marriage works well for them both. Theirs is an arranged marriage of convenience: Young Ae depends on her husband for his sizeable inheritance which supports her schooling and emerging career as a ballerina-turned-writer; her husband depends on a wife who will ask no questions of a self-identified straight man who enjoys sex with gay men. Their marriage is matter-of-fact, a symbiotic exchange of freedoms. This straightforward acceptance of the strangeness of human wants creates the tone for the book, so piercing in its un-sentimentality that it becomes inexplicably charming.

Lee’s language drips with fascination for disgust: conventional beauty is boring in this book, which lovingly obsesses over not just imperfection, but the things commonly accepted as ugly. Every chapter features and recontextualizes some hyperfixation with human bodily fluids—the wetness of sex, of sweat, of sick and spew:

“But underneath his crispy-white Brooks Brothers shirt, with its collar buttons fastened tight against the expensive thick silk necktie, he has on an old white t-shirt with the cracked graphic of Fritz the Cat’s X-rated girlfriend grinning her hash-haze meow between cheap blond hair and lux plush bosom. The shirt’s armpits are stained by years of old sweat and the striations of yellow circlets emanate right to the front of the shirt. But the sweat stains are scalloped and shaded from dark golden piss-yellow to pale daffodil-yellow so it looks like curious embroidery done in urine-shined metallic thread, or as special as any Bedazzler or Swarovski crystal beads.”

Neotenica defies the reader’s expectations, presenting its story in a way that is somehow simultaneously tender as it is clinically cold: a mother holds her child’s hand gently—gently, yet her nails draw blood from his palm nonetheless.

A character contemplating suicide will be a peripheral note bookending a Sapphic flirtation from atop a washing machine. Our understanding of beauty and ugliness is challenged, and overturned completely, creating moments that are morbidly poetic, romantic in their own messy, problematic way. Young Ae’s best friend, Ji Eun, for example, “would have been beautiful in any condition, but she had mild bulimia, and the waste it tolled upon her face made it look even more beautiful—translucent, the normal golden tone of her skin filtered a pale blue.”

What is presented as beautiful is simultaneously devoid of life–sterile, dying, or dead. In this book, girls are not so much beautiful as they are “a girl-shaped pile of loosely-packed white powder.” We are left with an inevitable, material sense of body, with an irreverence that gives space for fluidity of identity:

“But the other discarded clothes of the man and the woman were less gendered, all crumpled on the floor: whose soft jeans were these, and whose shirt was this made in black flexible stuff all over with bright red tropical flowers in full bloom or shy green buds?”

This story denies the reader focus, and it surprises with every chapter by placing the narrative weight in unexpected moments. The novella’s title, Neotenica, may come from the concept of “neoteny,” also known as juvenilization, or the delaying or slowing of an animal’s physiological / sexual development. In creating a strange narrative with shifting perspective and whose movement resists plotline and any kind of sequential order, the novella resists development in the ways we expect, withholding the typical avenues of climax, asking us to find satisfaction instead in the absurdity of these characters’ interactions, in the intimate and messy slices of their lives. There is a vulnerability in the mundanity, in prying back the facade of the packaging of modern human life and identity, and finding the tender, fleshy parts within.