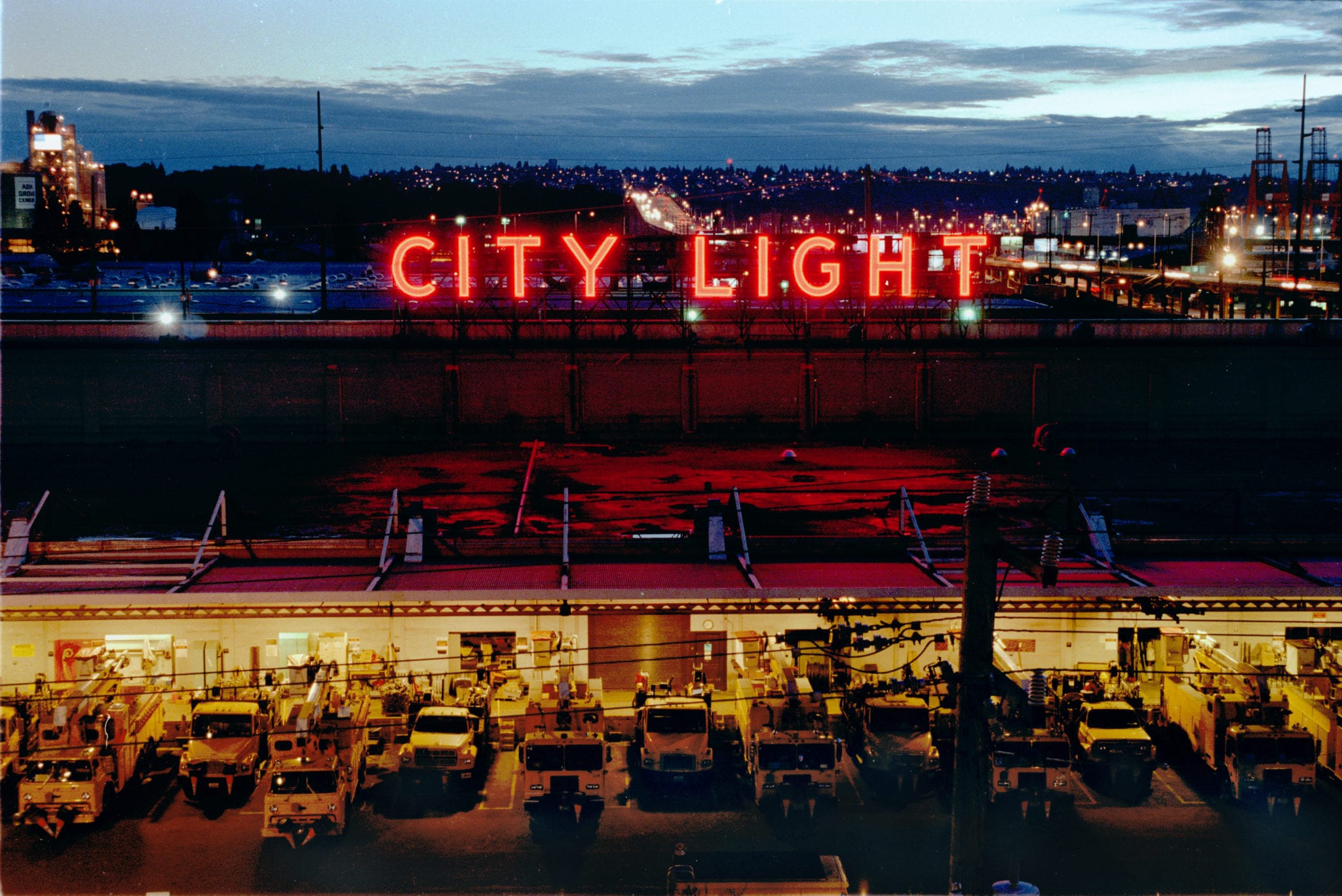 A restaurant owner in the Chinatown International District recently received a call from a con artist claiming to be from Seattle City Light. They altered the caller ID to make it look like the call was coming from the Seattle City Light customer call center at (206) 684-3000. The caller said there was a problem with a payment on the account and that a crew was on its way to disconnect power if the bill was not paid immediately.

By this point, the restaurant owner was starting to think something was wrong and contacted Seattle City Light directly. While he was at the Seattle City Light service desk talking with a representative, the scammer called back a third time. When the man handed the phone to the real Seattle City Light agent, the caller hung up. The phone number was quickly disconnected.

Seattle City Light is trying to get the word out to the community about tactics like these being used by scammers. Elderly, non-English speaking customers and business owners have been common targets. The International Examiner caught up with Seattle City Light spokesperson Scott Thomsen about what to look out for.

International Examiner: Why have scammers been targeting elderly, non-English speaking customers and business owners? What makes them vulnerable?

Scott Thomsen: Scammers succeed by confusing people. They’re very good at making things sound urgent and official. And they will take advantage of any edge they can get, such as the added challenge of a person’s limited English or the pressure a business owner feels to stay open in the middle of a busy day.

IE: Do you know much about the scammers themselves? Who are they and where do they come from? Is it a large organized effort or are they mostly individuals using the same technique to scam people?

Thomsen: That would be a better question for the Seattle Police Department.

There are many scammers out there. This is a technique they continue to use because the threat of cutting off someone’s electricity is so powerful.

IE: What would you say are the key things people should most keep an eye out for? And what should people do once they realize they’ve been approached by a scammer?

Thomsen: First, Seattle City Light will never demand payment over the phone. If someone calls you demanding money, it’s a scam.

If there ever is a problem with falling behind on payments, City Light will contact you in writing twice before disconnecting power. If you ever have a question about your account, call us directly at (206) 684-3000.

Finally, credit card companies have gotten much better with fraud detection. That’s why the scammers want you to use a pre-paid debit card, which is almost like handing cash to someone. That’s a dead giveaway that the caller is a con artist.

If you are approached by a scammer, get as much information as you can, then contact the police department.

IE: What’s it going to take in the bigger picture to address the scams?

Thomsen: Education and awareness. The scammers are not going to quit. Each of us needs to recognize this and protect ourselves. Don’t become their next victim.

IE: What else should our readers know?

Thomsen: High pressure tactics are a key part of how scammers operate. If you ever feel pressured to make an immediate payment, it’s probably a scam. 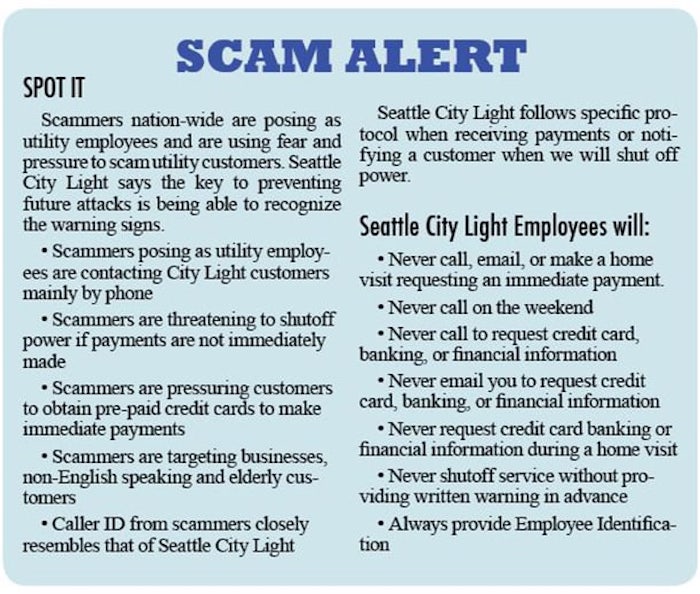