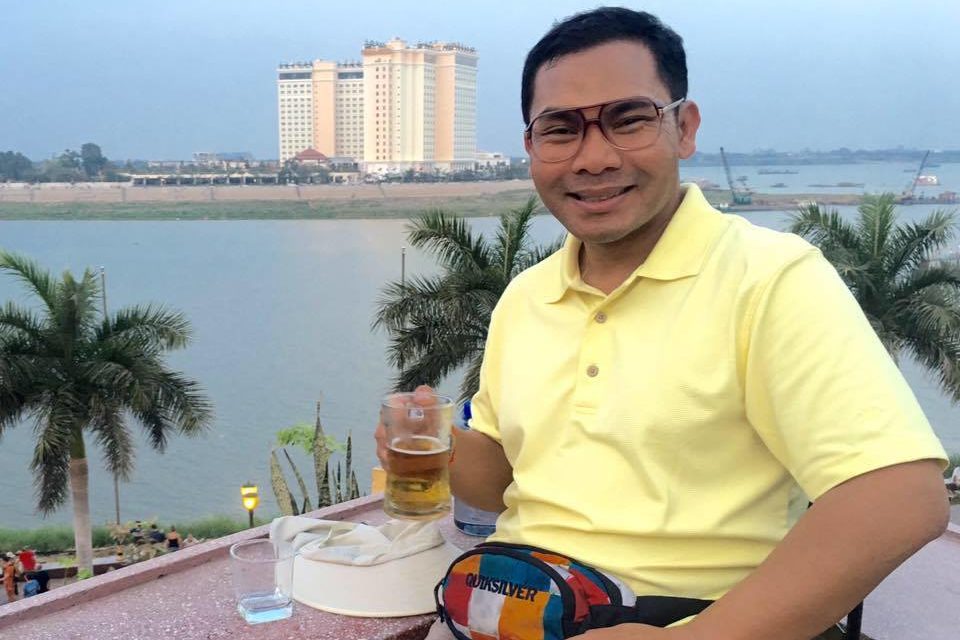 For the 2017 Community Voice Awards, the International Examiner will recognize Sameth Mell for the Excellence in Social Justice award.

Sameth Mell is a Cambodian American cultural strategist, activist, and a practitioner of social justice. Mell was born in a refugee camp on the borders between Cambodia and Thailand. His family escaped the Khmer Rouge regime and was sponsored to Seattle in the mid 1980s. Growing up in a single-parent household, impacted by war and struggling with PTSD and secondary trauma, he sought to reconcile his identity by marrying the passion he has for community and organizational development and arts with policy impact through his work.

Mell currently works full-time at Mt. Baker Housing Association; advocates on legislative issues with Coalition of Immigrants, Refugees, and Communities of Color (CIRCC); and leads RAJANA Society, an arts and civics project focusing on civic engagement and bridging cultural divides with the Cambodian Diaspora. He serves on the board for Seattle Sihanoukville Sister City Association, is a Co-Chair of the Financial Education Partners Network of Seattle and King County, and is the youngest of 13 members appointed to serve on the newly-formed King County Immigrant and Refugee Taskforce. Mell is also a steering member of the HDC Recruiting Diversity Taskforce, working to increase diversity in the housing industry.

The International Examiner sat down with Sameth Mell to discuss Southeast Asian communities, activism, and advocacy.

International Examiner: What is the most important issue right now for Southeast Asian communities?

Most recently, the Cambodian government has decided to no longer accept any more Cambodian deportees, and in response to this statement, the Federal government is imposing visa sanctions on Cambodia. Not accepting deportees is a step in making sure we do not tear families apart. This change required years of organizing and advocacy work from Southeast Asian Freedom Network, 1LoveMovement (nationally & in Cambodia) and Southeast Asian Resource & Action Center, in order to get Cambodia to finally stall the process. Cambodia’s PM just issued a statement for the U.S. to pull the Peace Corps out of Cambodia, and now there are people who are searching for “American spies” in Cambodia.

Cambodia also just shut down more than 16 media platforms, two of which are Voice of America Cambodia and the Radio Free Asia. The ramifications of the United States policies are felt worldwide. What comes out of the White House has the ability to impact various regions around the world.  We can no longer say that Southeast Asian communities are somehow not impacted geo-politically as much as it is locally by the rhetoric that is perpetuated.

We have to understand that Southeast Asian communities have all been impacted by war and U.S. involvement in Southeast Asia. That’s why we comprise of the largest refugee resettlement in the history of the U.S. from the 1970–80s. It’s important to acknowledge that as we think of the patterns of migration and poverty, we also need to recognize the role U.S. policies have in perpetuating these cycles. Clearly, the current administration is not making it easier for communities to progress, thrive, and propel positive inroads for immigrant success. We feel this sentiment in Seattle and King County as we have been hearing more bias related crimes reported and more folks are feeling unsafe in their interactions with the police, and predominantly in white occupied spaces.

IE: How did you get involved in activism and advocacy?

Mell: I was sort of thrust into this space as I have always been enormously pulled into issues that I felt were unjust and unfair, and naturally the organizing came along with the action. In high school I participated in the Asian Pacific Islanders Rising Above Program (APIRA) from ACRS. I volunteered as a mentor to the middle school students at Denny Middle School. APIRA peer leaders discussed identity politics, our history, strengths and leadership building activities. This program planted a seed in which I continued to interrogate and delve deeper into what it means to be a refugee-born Cambodian American queer man living in a hegemonic society that is predominantly facilitated by white culture.

It was challenging to learn to create authentic engagement between my community and who I was with the limited direction we had. Cambodian communities were still picking ourselves up from a decade of war and genocide. And throughout college I felt the community imperative to connect deeper with my roots by being more involved in arts and social justice. We’ve done work in bringing together awareness of the Khmer Rouge Genocide and went beyond that to display the talented artists and members of our community who are doing great work around social justice, trauma and healing. While organizing with CIRCC, I became more interested in advocating for education policy, funding and housing. CIRCC has been a crucial growing point for me where I can be solution-oriented and have the creative control on how my ideas can evolve. Now, I am very interested to see how we can support the linking up of ideas, people, and priorities to create leverage and increase decision making opportunities by providing participatory design programs and projects. Policy is an important modality to help us design tools for more community focused solutions.

IE: What issues are important to you and what motivates you to keep working on those issues?

Mell: Housing & Environment is very important. I work at Mt. Baker Housing Association, where we work to develop affordable housing. There is a huge shortage of housing stock in our region and its becoming apparent that communities of color are being pushed outside of Seattle. Seattle’s boom, if not carefully crafted, can mean that many of our communities will no longer be able to afford to stay in Seattle. Most currently, we are working on a first of its kind project in utilizing MTCA funds to clean up contaminated property sites so that housing can be built. Many developers may not want to touch contaminated properties because they will have to source the clean-up funds. Mt. Baker sees this challenge as an opportunity to build more affordable housing to help ease some of the pressure of housing needs in our region. …

IE: What advice do you have for young people who want to become activists and advocates?

Mell: The best way to learn is to delve into what ignites your passion. If there is an area of interest that continues to bother you and you want to make a difference, then find out about who is doing what, where, and how. Link up with coalitions, the broader community, and meet folks who are doing things that you are interested in. Volunteer to be part of a work group, coalition work, or just doing more organizing with your peers. I believe that naturally, you will find what feels right, at the right time. This is a lifestyle. … It’s not just work, it’s something that you’ll have to refine and craft as you go along. But there will always be people and situations along the way who somehow manage to inspire you to do and to give more.