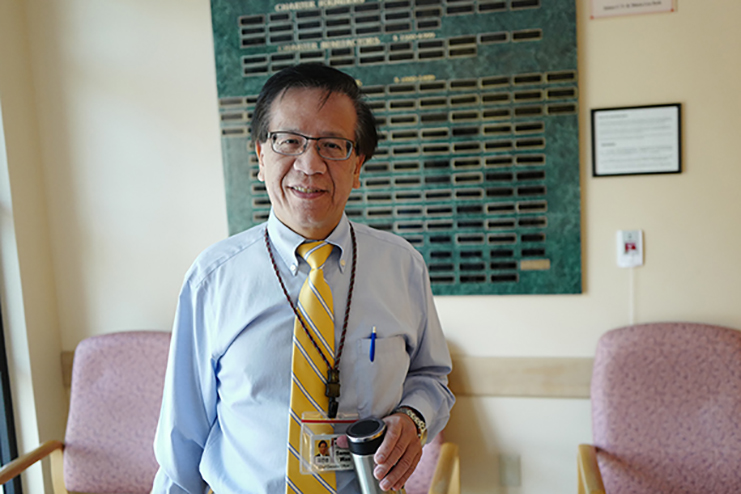 Every year, over 400 of the ICHS’s closest supporters gather at the event to raise money to cover the costs of uncompensated care and to honor one individual and one organization with the Bamboo Award. Last year, ICHS provided over $1 million in charity care to low-income patients who could not afford to pay for services.

“The 2019 Bamboo Award honorees—Sam Wan and SCIDpda—exemplify the best in selfless support for the ICHS mission of providing culturally and linguistically appropriate health services to the most vulnerable members of our community,” said ICHS Foundation executive director Ron Chew.

Wan spent over three decades at the helm of Seattle’s Kin On Nursing Home, becoming its first executive director in 1987 after a spirited community campaign to establish a 63-bed facility in South Seattle. Earlier, he worked for the Seattle-King County Division on Aging for over 10 years. Under Wan’s steady leadership, Kin On expanded to providing other senior services, including wellness programs, assisted living and skilled-nursing care. It now has sites in the Chinatown-International District, Columbia City and Bellevue. Last year, Wan stepped down as CEO.

SCIDpda was created by the city of Seattle in 1975 to spearhead redevelopment of aging historic structures in the Chinatown-International District, including the Bush Hotel, which became the headquarters for many newly-formed non-profit service groups.

Recently, ICHS and Kin On began a joint campaign to raise $20 million to construct a 25,000-square-foot senior care facility next to Pacific Hospital on Beacon Hill. SCIDpda is building 262 units of affordable housing on the same site.

The Bloom Gala will take place on April 27 at the Sheraton Seattle Hotel, with doors opening at 5:30 p.m. Tickets for the 2019 Bloom Gala are available at www.ichs.com/bloom. For more information contact [email protected] or call (206) 788-3672.