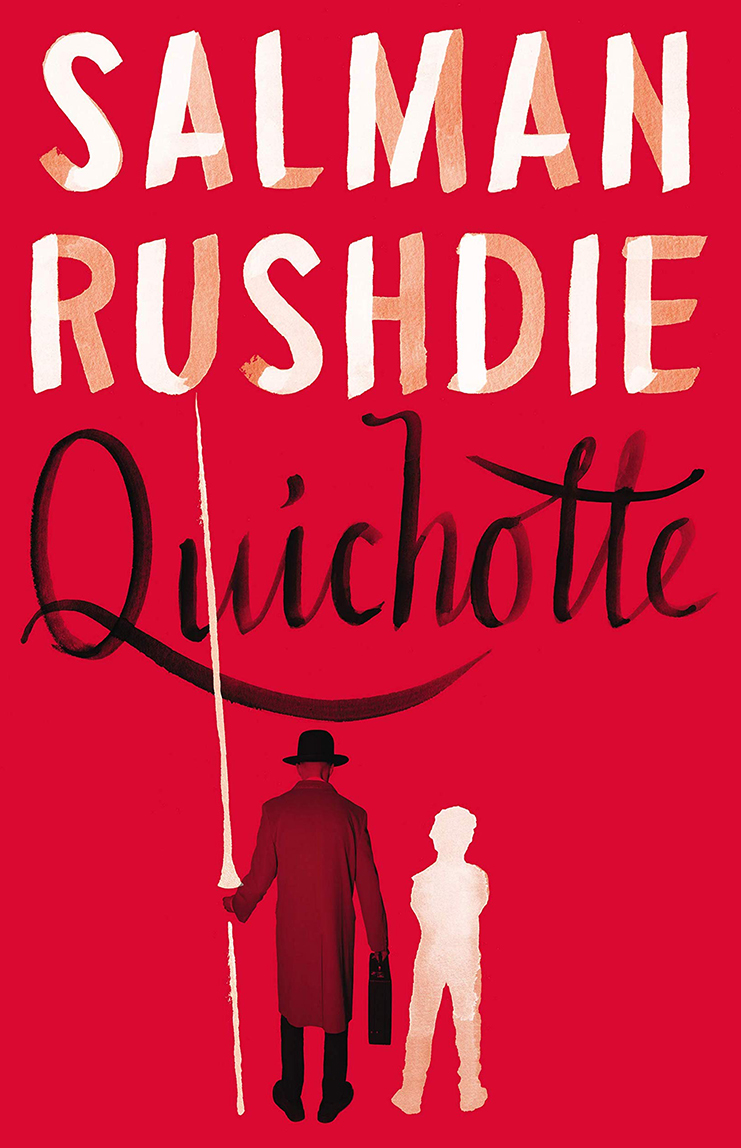 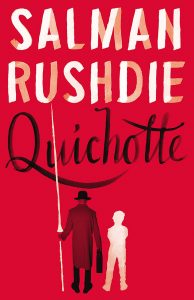 Salman Rushdie is perhaps the best known contemporary South Asian writer. With 13 novels, four non-fiction works, a short story collection, the Booker and the Best of Booker, a notorious fatwa from the late Ayatollah Khomeini that sent him into hiding for many years, and a knighthood, he is a literary legend. Quichotte, his fourteenth novel has earned him a spot on the Booker shortlist even before it was officially published.

Quichotte has some of the hallmarks of a typical Rushdie novel—a clever frame narrative, a plethora of characters, an eccentric yet compelling protagonist, constant allusions to literary and popular culture works, and plenty of references to contemporary events drawn from newspapers and television.

Quichotte (pronounced “key-SHOT”), as a handy pronunciation guide declares, is built on Don Quixote, and Rushdie’s protagonist is an aging South Asian pharmaceutical agent who traverses the highways and byways of America and spends all his spare time watching TV. After an Internal Event, he can no longer tell “ reality from ‘reality’” and “began to think of himself as a natural citizen…of that imaginary world beyond the screen to which he was so devoted, and which he believed, provided him, and therefore everyone, with the moral, social, and practical guidelines by which all men and women should live.”

His Dulcinea is a TV host, Salma R, who shares his cultural background as an immigrant from Bombay, and who has achieved Oprah-like fame in the United States. Sancho is his son, brought forth entirely from his imagination and later in the novel given corporeal life by an Italian cricket of Pinocchian heritage.

Once the reader settles into this frame narrative and enters Quichotte’s world, the narrative pulls the rug out from beneath them to note that Quichotte and his story are part of a novel-in -progress written by a washed up South Asian spy novelist named Sam DuChamp whose life history has a few parallels to that of his creation. Thus DuChamp/ Rushdie take the reader, Quichotte, and Sancho on a picaresque journey through America as they make their way to New York to meet Quichotte’s beloved, Salma R.

Not only does this journey draw from Cervantes but it also draws from the classic American trope of the road trip and offers an opportunity to experience America through an immigrant’s eyes. When Sancho and Quichotte are in Beautiful, Kansas, the narrative draws upon the story of Srinivas Kuchibotla, the Indian American who had been murdered in a hate crime at a bar in Olathe, KS, and whose wife had asked plaintively on TV after the incident “Do we belong?”

That question has significance in the novel—where do we belong as immigrants? What is our reality? How do we know our reality?

In contrast to the narrative of racist violence against immigrants is another depiction of the immigrant through R.K. Smile, the pharmaceutical tycoon and Quichotte’s cousin and employer, who has discovered a fast- acting sub-lingual opioid spray intended to treat breakthrough pain in terminal cancer patients. Philanthropic in public and criminal in private, R.K. Smile, is the dark side of the immigrant experience. The opioid narrative links both DuChamp’s real life and that of his characters. DuChamp is estranged from his sister who is terminally ill and is trying to reconcile with her before she dies. As he smuggles an opioid drug to her, we see the narrative take on one of America’s biggest health problems and draw on Rushdie’s personal experience with the death of his sister who had been addicted.

The novel does have an elegiac tone—America is dying from opium addiction and violence and its masses are lost in the television world with no sense of what is real and what is not. Writers cannot do much about that except pen novels and write an ending for them. The final section of the novel reinforces the elegy: The author is bent over his desk and playing with the objects on it, a ritual he has before he writes his ending. He writes “Stop! cried the Author, knowing what would happen next, the thing he could not stop, for he had already written it….Everything was coming to an end.”

For readers familiar with Rushdie’s oeuvre, there are many familiar themes and echoes to previous novels. The scenes set in Bombay are reminiscent of Midnight’s Children and The Moor’s Last Sigh, the theme of an estranged brother and sister recall Salim Sinai and Jameela Singer from Midnight’s Children, and there is even a passing reference to a character who uses the alibi “Conrad Chekov” which, of course, is a sly reference to Rushdie’s own secret code name “Joseph Anton” when he was hiding from Islamic fundamentalists bent on carrying out the Ayatollah’s fatwa.

As with many of Rushdie’s earlier novels, there are clever moments, humorous and absurd sections, brilliant interplay with narrative techniques (the reworking of Ionesco’s Rhinoceros for example), and poignant moments. And, as with his later novels, there are overblown moments, way too many references to myriad major and minor literary texts and tons of pop culture allusions—all of these can be exhausting for a reader. I do predict that Quichotte will keep academics in business for many years as they churn out conference papers and articles on this novel. Who know, maybe I will attempt one, too?