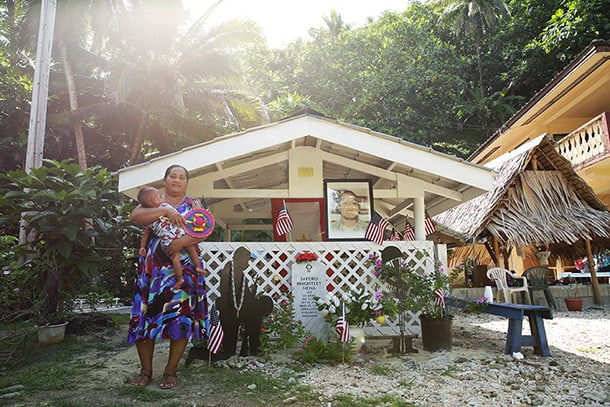 In Monday (Grand Jury Prize Narrative Short), “What can I get to you?” is the question driving a conflicted young hustler who sells everything and anything to make money. As he code-switches through various cliques, he must confront the racism as well as the immorality of his occupation.

In Wonderland (Audience Choice Narrative Short), twelve-year-old Adeline Tang struggles to navigate Sin City and keep her mother’s gambling under control – all for the promise of that perfect family Christmas once her father arrives. As the days unfold, Adeline realizes growing up might not hold all the excitement she’d been hoping for.

In Forever, Chinatown (Audience Choice Documentary Short, nominated for an Emmy), artist Frank Wong’s exquisitely detailed dioramas of the Chinatown of his childhood serve as portals to the past in a rapidly changing San Francisco.

The Apology is a documentary that follows the personal journeys of three former “comfort women” who were among the 200,000 girls and young women kidnapped and forced into military sexual slavery by the Imperial Japanese Army during World War II. Some 70 years after their imprisonment in so-called “comfort stations,” the three “grandmothers” know that time is running out to give a first-hand account of the truth and ensure that this horrific chapter of history is not forgotten.

Island Soldier follows members of the Nena family from one of the most remote islands in the world to the training grounds of Texas and the battlefields in Afghanistan. The death of Sapuro “Sapp” Nena in Afghanistan makes waves through his tiny home island of Kosrae – where nearly everyone is connected to the U.S. Military directly or through family members. In an attempt to heal from his own deep wounds, Sapuro’s best friend in the Army, Mario Robles, heads to Kosrae with his family to meet Sapp’s parents for the first time and pay his respects on Veteran’s Day. It is an emotional gathering of two families, from opposite sides of the world, brought together by loss, love and honor.