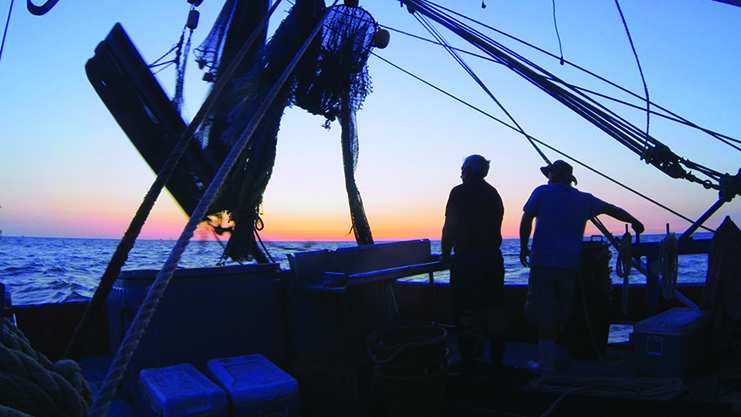 The first Asian Texan was a fisherman. Francisco Flores, a Filipino cabin boy on a Spanish slave ship, arrived in the Republic of Texas in 1845, just in time to witness Texas’s annexation into the United States. Nearly two centuries later, Texas and Hawaii tie as the third U.S. state with the most Asian Americans (ranking after California and New York).

Asian Americans are a significant part of Texas history, but until the book Asian Texans (2007) by Irwin A. Tang, little had been done to amplify these stories. We Asian Texans were invisible in the history of record.

Seadrift is a fishing town (pop. 1,200 in 1979) about two and a half hours from Houston, where I was born and raised among the children of Vietnamese refugees. Growing up, we had never heard the story of the 1979 shooting that killed white crab fisherman Billy Joe Aplin and ignited the burning of Vietnamese homes and fishing fleet by the Ku Klux Klan.

Neither had filmmaker Tim Tsai from Austin. When he read about Seadrift in Tang’s book, Tsai began organizing a documentary feature over seven years ago. Once it was selected on spec by the Slamdance Film Festival, a crowdsourcing campaign for funds pushed it over the finish line and into public consciousness within mere months.

His completed work, Seadrift, premiered last year at Slamdance and will open the Seattle Asian American Film Festival on February 20, 2020.

Given the anti-immigrant sentiment that’s been given broad berth by President Trump in the U.S., the film is very timely.

Seadrift documents the tensions and hostilities that followed the influx of Vietnamese refugees into the area who took up crab fishing for their livelihood. Their arrival into Seadrift led to resentment and turf competition, since the Vietnamese were not familiar with local customs.

In 1979, Aplin was fatally shot by Nguyen Van Sau in a fight with Vietnamese fishermen. Within five days, the New York Times reported that fishing boats and homes had been burned, and there had been an attempt to burn a crab processing plant with many Vietnamese workers. The Ku Klux Klan entered the fray, and an estimated 100 out of 150 Vietnamese immigrants fled the area.

Eventually, the KKK’s hatred lost its power over the small coastal community. Hostilities diffused through the gradual enlightenment, leading to more racial acceptance in Seadrift, and a feeling of renewed safety that comforted some Vietnamese to return.

Tsai lays out the story through testimonies from white and Vietnamese fishermen from that time, and the perspective of Aplin’s daughter, Beth Aplin-Martin. As a non-Vietnamese outsider looking in, his documentary carries a tone of objective detachment. Tsai allows the audience to draw our own conclusions.

The cautionary tale of Seadrift left me wondering about the absence of government aid to the adjusting refugees in their time of need, both during resettlement and later when their livelihood was threatened. The current right-wing government not only fails to mediate immigrant-related conflict but encourages the thinking that immigrants “take” “American jobs” and increase crime.

The timely power of Seadrift will make audiences think. In the absence of government intervention, how can we be better neighbors to one another? How can we as a society better process the changing realities of today and peacefully co-exist? Can we dig deep into our prejudices and find the strength to challenge our old ways of thinking, so that we as a nation can move forward?

Because Irwin Tang wrote his book, Tim Tsai was inspired to make this film. The power of media and storytelling for underrepresented voices is what the Seattle Asian American Film Festival is about.

Since its 2019 debut, Seadrift has impressed national audiences, ranging from Houston and Austin, to Chicago and Los Angeles. It’s an insightful film with universal lessons that Seattle can ponder and learn from. Highly recommended.

Seadrift plays at 7:00 PM on Thursday, Feb. 20, at the Broadway Performance Hall.