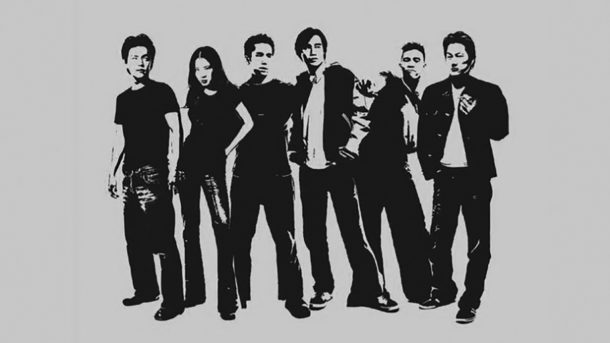 A highlight of this year’s Seattle Asian American Film Festival is a repeat presentation of Justin Lin’s 2002 hit film Better Luck Tomorrow, a film that launched many careers.

SAAFF Co-Director Vanessa Au reports that she and Co-Director Martin Tran agreed that 2017 would be an ideal year to bring this film back. “This is our fifth year anniversary and it’s also the 15-year anniversary of Better Luck Tomorrow, so it felt like a perfect fit,” Au said.

All that conversation raised expectations, according to Au. “It felt, at the time, like maybe we could really do this,” she said. “A real Hollywood film with a cast of diverse Asian American characters who were imperfect, multi-dimensional, and nobody’s sidekick. And the theaters were packed. We were so full of hope.”

LeiLani Nishime, UW Associate Professor in Communication, agrees. “I remember the first screenings of Better Luck Tomorrow as being a pretty big deal,” she said. “It came out when there was really no such thing as viral advertising campaigns, and this was one of the first times that the buzz for a movie was generated online, in this case through email chains.”

This new online strategy for promoting the film really worked. “It just created this great feeling of community to see all these names linked through an interest in independent Asian American media,” Nishime said.

But the actual experience of viewing the film went well beyond the excitement of its marketing strategy. “I went to go see it in San Francisco, which was an awesome place to experience the movie,” Nishime said. “The crowd was so invigorated, and I remember feeling like I was seeing something really new and exciting. I teach Asian American film, so I knew a lot about Asian American representations, and this was like nothing I’d seen before.”

And Better Luck Tomorrow continues to resonate in unexpected ways. “I’m a little surprised at how long the movie remained in the public consciousness,” Nishime admitted. “Part of the reason is that the stars of the film like John Cho and Sung Kang have gone on to other, more famous, roles. And, of course, a big part of the legacy of the film is the success of the director Justin Lin and the cultural phenomenon of WongFu productions which Lin created.”

Despite all this apparent progress, Au reports that she and Tran are featuring Better Luck Tomorrow in this year’s festival in order to tap into that earlier feeling of possibility. “While TV has seen more shows with Asian Americans in lead roles, such as Fresh Off the Boat, Dr. Ken, and Crazy Ex-Girlfriend, there hasn’t really been another mainstream Hollywood film like Better Luck Tomorrow,” she said.

Nishime agrees. “I think that, unfortunately, Better Luck Tomorrow is still so memorable because it hasn’t really been equaled,” she said. “It’s not like the success of the movie started a wave of films and film roles for Asian Americans.”

Nishime points to alternative formats and media as places where Asian Americans representations have thrived. “I think we can point to some one-off examples like Harold & Kumar, but I’ve stopped looking to Hollywood to create better images,” she said. “There’s been some movement in television in the last couple of years, but the place where I’ve seen the most growth is in independent film and web formats like YouTube channels.”

Au believes that the wait for another hit film has gone on too long. “In fact, it was just last year, 14 years after Better Luck Tomorrow came out, that the #OscarsSoWhite hashtag was trending,” she said. “And that’s what makes it important. Asian Americans still do not get to see themselves on the big screen in leading roles.”

And Au, Tran, and the entire SAAFF team would like to change that.