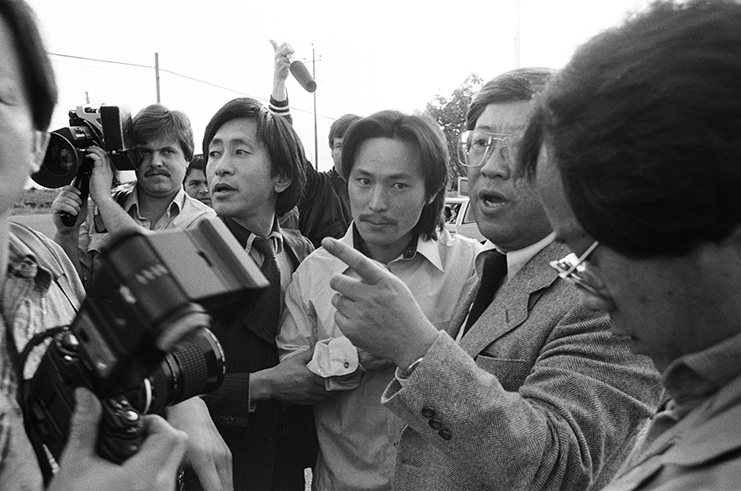 The 2022 documentary, Free Chol Soo Lee, directed by Julie Ha and Eugene Yi, reexamines the wrongful conviction of Chol Soo Lee, a Korean man wrongly convicted of murder in 1970s San Francisco, and the community who empowered the movement, with notable figures such as award-winning journalist Kyung Won Lee.

Chol Soo Lee, a Korean immigrant, served 10 years in prison, from 1973 to 1983, for a crime he didn’t commit due to a broken U.S criminal justice system. In 1977, Chol Soo Lee would later be convicted of stabbing a prison inmate but Chol Soo Lee says in the documentary that he was defending himself.

The countless inadequate pieces of evidence used in the 1973 case against him were questioned by K.W Lee in a series of articles he wrote for The Sacramento Union newspaper. Lee’s articles began to gain momentum in the San Francisco Asian community. People of different age groups, nationalities, ethnicities, and backgrounds came together to support Chol Soo Lee.

This documentary illuminates the responsibility of the press when it comes to stories about individuals like Chol Soo Lee who’ve been harmed by institutions like criminal justice systems. K.W Lee points out how newspapers at the time were reporting false information given to them by the San Francisco police department, which fueled the public opinion of Chol Soo Lee.

Narration from a stand-in representing Chol Soo Lee and footage from the 70s of San Francisco’s Chinatown and prison facilities immerse viewers of the documentary in Chol Soo Lee’s mind. Directors Ha and Yi frame Chol Soo Lee as a human being filled with uncertainties of the future and flaws in his own life.

The documentary does not shy away from explaining what is shown as a racist process used by the San Francisco police department in the 1973 case. The San Francisco police would use what they called the “Chinatown gang mug book” – the front cover of the book showed a racial stereotype drawing of an Asian man. The police misidentified Chol Soo Lee’s ethnicity in police records by labeling him Chinese.

This documentary and the 49-year-old case show that not much has changed in the U.S. criminal justice system. If this case can be looked at as progress, shouldn’t we feel frustrated by the lack of change? It raises questions of how many men and women are wrongfully spending time behind bars because of racist practices and massive cracks in the criminal justice system.

As a journalist myself, the effort K.W Lee has put into freeing Chol Soo Lee inspires me to keep myself aligned with the reason why I’m pursuing this path. As K.W. Lee says in the documentary, “Comforting the afflicted and afflicting the comfortable. That has been the tradition of print journalism.”

Many people can feel disdain toward news publications if journalists don’t build relationships with the people or community they write about. The subjects of their stories continue to face their situation while a reporter easily moves on to the next story.  This documentary showed K.W. Lee’s dedication to justice for Chol Soo Lee. The relationship between K.W. Lee and Chol Soo Lee went beyond journalist and interviewee – the documentary demonstrated their father-son-like relationship.

I applaud Directors Yi and Ha for creating this documentary for people who’ve never heard of the Free Chol Soo Lee movement and its importance in 2022. Hopefully, journalists who watch this documentary are reminded of the influence we have in communities and public discourse.

Free Chol Soo Lee is the closing night SAAFF film. It screens at the drive-in at the Stonehouse Cafe on Sunday, March 13 at 6:00 PM and online March 3 -13. Festival tickets and passes here.