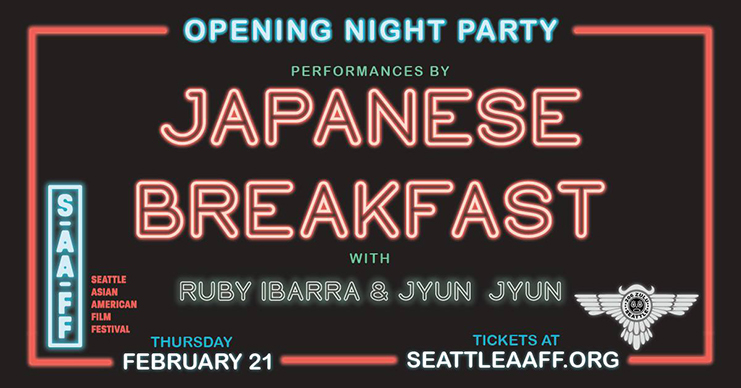 How do I get tickets?
Tickets can be purchased online at www.seattleaaff.org. You can print your tickets at home and bring them with you or show your ticket on your mobile device.

Buy a full festival pass online. The pass gives you priority access to all films as well as access to the Opening Night Party, VIP Rooms, and VIP Party.

Tickets can be purchased in person during festival hours at guest services in the theater lobby. Many sessions will sell out online so tickets are not guaranteed to be available for purchase on-site. We recommend buying tickets online in advance.

How much are tickets?

What if the screening I want to attend is sold out?

If advance tickets are no longer available, you can line up for rush tickets that will be released at guest services in the theater lobby 10 minutes before showtime. This is highly recommended as space oftentimes will become available.

Where is the festival?

This year’s festival will be held across several locations in the Capitol Hill and Central District neighborhoods.

How do I get to the festival?

Where can I park?

Are the films in English?

Most films are in English. There are subtitles for non-English segments in the films.

How do I interact with SAAFF and filmmakers?

We will have panel discussions and Q&As with filmmakers after most screenings. Filmmakers oftentimes make themselves available for discussion in the lobby, and many will be in attendance at the Closing Night Party which is free for all to attend.

Yes! If you can’t make it to Origin Story but want to attend the party, doors for the party at Washington Hall will open at 9:00 pm. You can purchase tickets for just the party at the door or online.

Are the theaters ADA (Americans with Disabilities Act) accessible?

Yes, all theaters are ADA accessible.

Aside from screening films, what else is going on at SAAFF?

We’ll have the lobby open for the duration of the festival, where you’ll find guest services, merchandise, photo area and a community resource table with information about Seattle-area Asian American organizations

And don’t forget the all ages Closing Night Party at Rhein Haus that is free for all to attend!

Is there food available at the theaters?

Food is not allowed in Broadway Performance Hall. At Northwest Film Forum, there is a concession stand and beer is available for purchase. Many restaurants are within walking distance of the theaters.

Find us on social media!

Email questions to [email protected], message us on Facebook or @reply us on Twitter. Also visit us at guest services in the lobby of the theaters during festival hours.