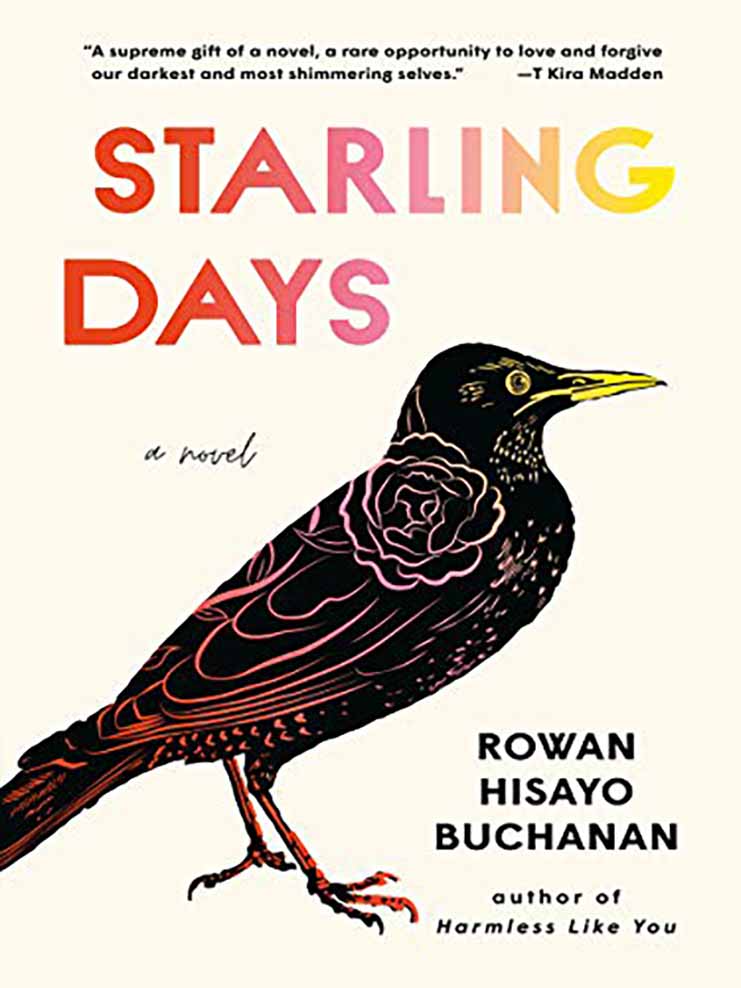 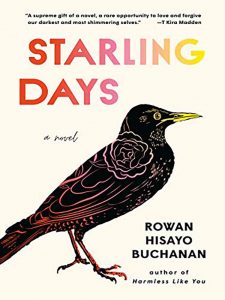 “Mina is fine.” The three-word untruth weaves an eerie backdrop against which Starling Days questions social, medical and racial norms. Mina’s boyfriend Oscar has always known she’s depressed and always assumed her depression is manageable – until she attempts suicide on their wedding night. Ever the optimistic problem-solver, Oscar expects the correct medication and psychiatric therapy to restore his wife’s mental health. Her second suicide attempt suggests otherwise.

Terrified of losing Mina and dismayed they’ve already exhausted standard mental health treatments, Oscar concocts an unconventional plan to heal her: relocation. He arranges to refurbish family rental property in suburban London, then persuades Mina to resign from her adjunct teaching in New York City. Her only condition? Abandoning the medication she claims does nothing except make her feel like a medical aberration. But when their fresh start doesn’t redirect Mina’s morbid tendencies, even Oscar’s persistent optimism evaporates. He returns to the States for a few weeks, purportedly to help with his father’s business but really to reconsider their marriage.  Mina’s temporary independence punctuates her unshakeable depression with ecstasy when she falls for one of Oscar’s old friends, however. Oscar, on the other hand, only grows more jaded as he replaces obsessing over Mina with worrying about his ailing father. As his business trip draws to a close, Oscar and Mina both dread the inevitable confrontation about her mental health and their marriage that must accompany his return.

Starling Days is an multi-textured questioning of the “normal,” and its sensual imagery arrests our attention from the novel’s opening lines. Glass that scatters “daisies of sunlight,” a backpack that “turtles” a girl’s slim shoulders, and a brain sunk in “viscous darkness”  create a reality that flirts with fantasy. Buchanan’s virtuosic word-painting expands our awareness of the daily wonders that we, the “normal” people Mina to whom mercilessly compares herself, no longer perceive. Mina’s hypersensitivity develops her as an unbalanced, self-deprecating character by thrusting us into her lived experience instead of merely describing it. But there may be too much of any good thing, and many of us might appreciate reprieves from the sensory-overload that occasionally distracts from Buchanan’s macro themes of illness, wellness, and identity.

Buchanan’s second, less ambivalent strength, is her ability to question prevalent norms without feeding us alternative answers. In a culture where mental health may have been crippled by extreme socio-political and even medical partisanship, hers is a gentler method of stimulating progress. Both Mina and Oscar agree she is mentally ill (her preferred modifier is actually “crazy”), but neither they nor her doctors concur on the proper method for “getting better.” Even when Mina and Oscar embrace their medication-free, relocation experiment, their subsequent conflicts suggest that following one’s intuition – another popular mantra – is not always the solution. Or at least a quick and easy solution.

Psychological and medical conventions are not the only norms probed in this complex psychological novel. Racial identity is also an intricate, albeit less lethal dilemma. Rowan Hisayo Buchanan is – as she describes herself – a “hyphenated” individual. Buchanan is Chinese-Japanese-American-British, a modifier she’s labeled “exhausting” to explain to strangers who fixate on her appearance. She splits this unique heritage between Mina and Oscar, but her personal discomfort reflects itself in Oscar’s mental health rather than Mina’s. Mina is Chinese American, and race doesn’t influence her relationship with her Caucasian, alternative love interest. Oscar’s self-perception is more complex. He is Japanese-American-British, the offspring of a one-night stand during his Japanese American father’s business trip to London. Oscar is tormented by feelings of “otherness” and lingual inadequacy (he was raised by his British mother) as he assumes responsibility for his ailing father’s Japanese business. He also flashes back periodically to grade school and college, first to British kids asking “what was wrong with his face,” then to Mina’s American friends gushing about his “cute accent.” Buchanan’s choice to split her experience between protagonists but place the psychological burden on Oscar portrays racial insensitivity as threatening even to mentally stable individuals, while subjugating that discussion to the novel’s broader mental health dialogue.

Starling Days is a window into the relational turmoil of mental illness, a window revealing neither a victim nor a hero. From Mina’s confession that she’d rather be called “crazy” than “mood disordered” – the diagnosis evokes a bacterium in a lab – to Oscar’s claim that loving Mina is pointless since it can’t prevent her suicide, we witness a relationship that is raw and at times almost savage.

I found myself yearning for Mina and Oscar’s restoration at the novel’s end; nevertheless, I realized an author of Buchanan’s skill might leave us to contemplate the confounding terrain that the mentally ill traverse for days, years and lifetimes. Perhaps her conclusion best protests the stereotype of chronic depression that she admits is terrifying but also questions is insurmountable. In a poignant flash of autonomy, Mina shreds her mood journal shortly before Oscar’s return: “She could not, would not, live a life of downward arrows. And if they kept going down then the least she could do was stop drawing them.”