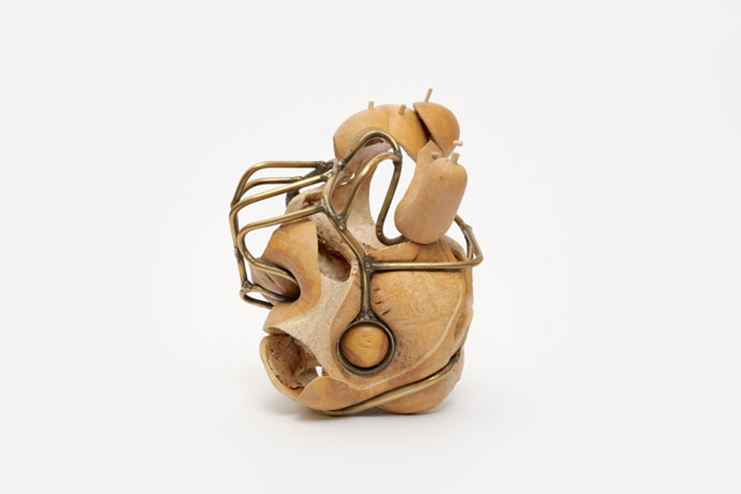 Rob Rhee is a Seattle-based writer, visual artist and self-described rubbernecker—someone who delights in the strangeness and kinship between things that are often overlooked. A sense of openness and curiosity appear to shape his life and practice at all scales, and his work creates specific situations in which we are invited to consider our own relationship to time, space and chance.

Rhee came to sculpture by accident, and with a beginner’s mind. Despite growing up in close proximity to Manhattan’s frenetic visual art scene, it wasn’t until his sophomore year as an English major at Yale that he began experimenting with three-dimensional forms. He took a work-study job as the shop manager for the sculpture department, where he met a welcoming group of new friends and mentors. Faculty members began encouraging him to take sculpture classes, and eventually invited him to sit in on graduate critiques. As his engagement with the medium deepened, he began developing a body of studio work alongside and informed by his writing practice.

The Occupation of Uninhabited Spaces is an ongoing project in which Rhee distributes a series of welded steel cage-like sculptures to gourd farmers, who then place them in their fields. The gourds negotiate these unanticipated boundaries by growing into, around and through them—producing unexpected shapes and points of contact. Once harvested, they dry and eventually harden into their final form, appearing not so much finished as complete. Initially, these sculptures might suggest novel ideas of constraint, or the mediation of a wild process. In truth, humans have a long history of intervening in their growth. Gourds were among the first domesticated plants, and their cultivation over thousands of years is itself a story of artificial selection— and of mankind’s ingenuity shaping nature. The cage and the gourd are part of a situation Rhee sets into motion for us observe as it unfolds. In a recent interview with the Portland Art Museum, he says “…you have the steel structure, and you have the gourd.

But really the material is neither of those things. It’s actually something that only exists within the time frame of the sculpture, which is the growth… this kind of this material that I never actually touch, but I’m always working with. I don’t necessarily know what it’s going to do, but I know its parameters.”

Much of Rhee’s work is about drawing our attention to activated systems or situations which are then left uncontrolled. In another collection, he explores the relationship between disparate materials by bringing them together within the same vessel to see how they respond to one another. By pouring seaweed alginate and liquid plaster into simple molds, he produces unexpected forms— both adventitious and inherently natural— illustrating a dialogue between the two materials as they interact and negotiate the space together.

A selection of pieces from both of these projects are among work currently on display at the Frye Art Museum, in a collaborative exhibition with Francesca Lohmann called Subspontaneous. The exhibition title refers to human influence over a natural process— a nod to both the work of each individual artist and the collaboration itself. To see Rhee and Lohmann’s work side by side in the context of an exhibition is both a rumination on growth and expression within a specific framework, as well as an example of how two separate bodies of work exist the same space together. The result is a wonderfully textured sprawl of tension and flux, harmony and dissonance. Every piece encourages the viewer to consider the innumerable possibilities between form and material— and the diversity of nature itself.

To paraphrase Rhee, his work is about a life and its shape— the growing thing and the things that shape its growth: time, space, chance.  An important message embedded in all of Rhee’s work is to value the encounter. In some sense, finding himself the steward of the wood shop at Yale is not dissimilar to a gourd finding itself within a welded sculpture in a field. Rhee did not set out to be a sculptor any more than his subjects set out to be works of art— but a chance encounter has as much potential to shape a life and trajectory as the most conscious decision, or the most rule-based system. Valuing the encounter teaches us to grow in whatever direction feels right.

The exhibition with Rob Rhee and Francesca Lohman remains on view at the Frye Art Museum in Seattle though April 19, 2020. Contact the museum for current status on when they will re-open.

ABOUT US
Since 1974, it has been the mission of the International Examiner to serve the Northwest’s Asian Pacific American communities by providing accurate, in-depth, timely, and sensitive coverage of issues which affect us.
Contact us: edito[email protected]
FOLLOW US
© All Rights Reserved. Made with ♥ by drgdrp