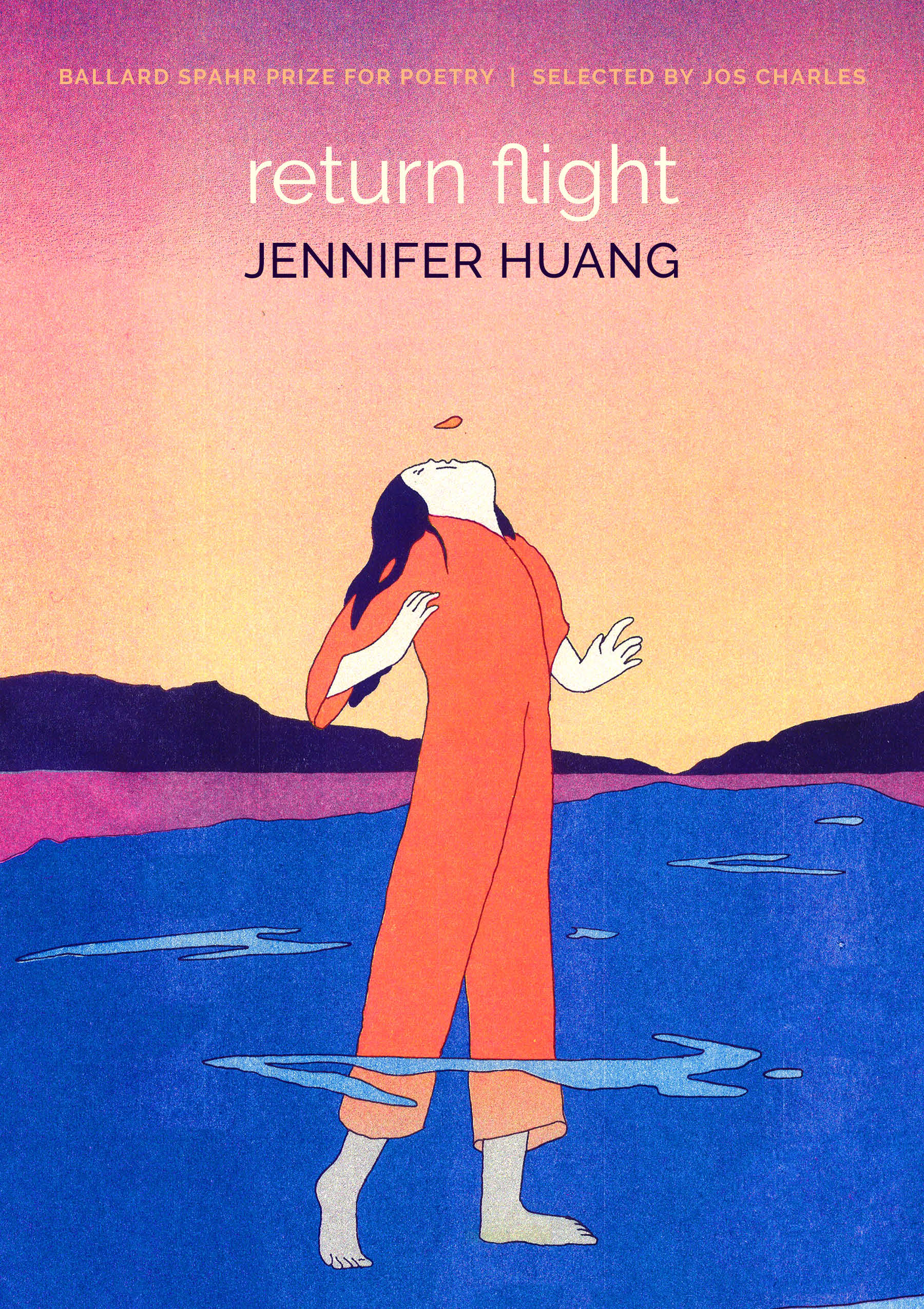 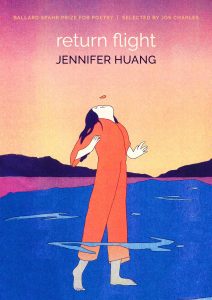 In the acknowledgments of the prizewinning poetry collection Return Flight (Milkweed Press, 2022), its author Jennifer Huang writes that the book is “in part, a search for home—and the realization that home is not a destination, but a journey.” This is the perfect description of Return Flight, a powerful exploration of being unmoored. Jennifer Huang is the child of Taiwanese immigrants, and their book explores coming of age and searching for belonging amid trials caused by their family and the larger cultures surrounding them.

One way a search for home is expressed throughout this collection is via the theme of desiring transformation, something very familiar to many non-binary people, and this theme runs through many of Huang’s best poems. “That dawn at the beach” begins with the memorable line, “I saw a sika turn into a shark.” Huang writes, “…his legs/soaring to the heavens/and his tail becoming an arced fin.” Return Flight also connects a search for love (including self-love) to the divine by invoking gods and myths throughout, both Taiwanese and Chinese. In the poem “Tongue-Tied,” Huang explores the complexities of their identity and the effect their family history has on them. Huang parallels the story of their father’s uncle nearly drowning—believing he was saved by the earth god Tudigong—with the more everyday personal myths of Huang’s Taiwanese family trying to survive: “…while my father was hit for speaking/Taiwanese, my mother still feels shame for not knowing it.” While exploring their family’s race and culture, Huang illuminates not only the consequences of speaking, but also the consequences of leaving things unsaid.

It is worth noting that many of the powerful poems of Return Flight are also the most tragic, involving gut-wrenching examples of the ways abuse can destroy a person’s identity and force them to undergo the difficult process of forging a new one. For example, in “Departure,” Huang describes scraping their knees as a child while playing, and their mother trying to beat them “with a wire hanger” as punishment. One of the most powerful poems in Return Flight is “On Days I Stay With My Father,” in which Huang writes to him, “I can never remember your face/because I was often looking/at the ground when you yelled/so bright.” In this poem, Huang compares meeting their father’s eyes with staring at the sun, and the poem closes with the lines, “The dog rolls over, lets the sun/touch his belly—then us,” implying both that they and their father may be able to forge a connection with each other—but their dog’s pose also suggests submission and servitude. In another poem, “Notes on Orange,” Huang explores further meanings sunlight holds for them, both negative and positive, the ways it illuminates life but also makes them want to retreat from it “before we desire again.” Throughout Return Flight, Huang delves into the complexities of being abused by those close to you by showing the abuse in precise, upsetting detail. At the same time, Huang also shows how attached they became to the memories of their abusers because they had nothing else to rely on at the time.

Huang skillfully writes in many different forms, from tanka and haiku to prose poems and free verse. A few of their poems even form metanarratives. “Zuihitsu for Yushan” is a particularly complex and memorable example, one that weaves different forms of writing with mythology to explore the journey of Huang trying to breathe new life into an old work. It encapsulates every great quality of Return Flight’s poetry. In this poem, Huang describes an old draft of a poem—the first one they wrote about living in Taiwan—and then recounts a Chinese myth they discovered while researching possible poem titles. The myth tells the story of a goddess who had a demigod son with a human man, only for the goddess to be imprisoned in a mountain peak by her brother. The son then trains with a Taoist master who gives him a magical ax, which the demigod uses to defeat his uncle and split open the mountain to free his mother. Huang then poses questions to themself as if being interviewed, and then, dodging those questions, they write, “I have done it again. I made a man my mountain and burrowed inside.” They describe climbing this mountain of their own making: “I take my ax and almost split. I stop, instead, to hear the child of myself/inside reciting: Where I am from / everyone is family except for me.” The enclosed line they quote from their own poem is a perfect description of being alienated from one’s family—to be deemed never dutiful enough, and yet not being treated as a family member who also deserves love. In this poem, by refusing to bring down the ax, Huang chooses love, breaking the cycle of violence.

Return Flight is both grave and beautiful, often simultaneously, a clear window into Jennifer Huang’s life. I recommend Return Flight to all lovers of poetry and to people who long to engage with the struggles and facets of identity the author writes so poignantly about—with verse of pinpoint accuracy.