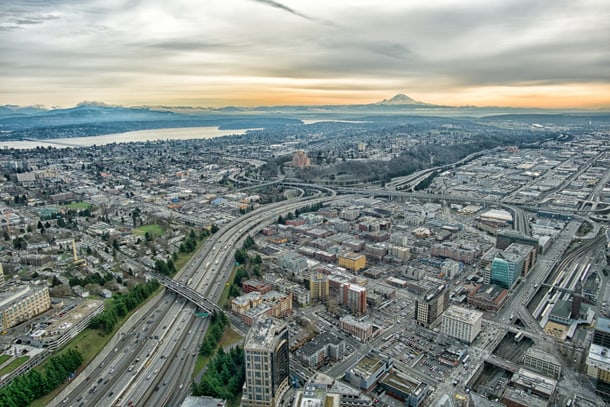 On the evening of June 1, residents and advocates from the Chinatown-International District packed the City Council chambers to voice their concerns over the proposed Mandatory Housing Affordability (MHA) Upzoning plan. The 5:30 p.m. public comment period—more accessible to many—brought a diverse and wide-ranging crowd, who were by and large concerned about displacement in the neighborhood.

The proposal put forth before the City Council’s committee would further upzone parts of the CID neighborhood while implementing the Mandatory Housing Affordability (MHA) requirements under the Housing Affordability and Livability Agenda (HALA). Residents were concerned that the changes to the historic neighborhood and the surrounding area would create a deluge of development opportunities that would push out small businesses, longtime low-income residents, and compromise the historic character of the CID.

According to the City’s staff analysis, the proposed MHA Upzone plan would create 6,000 affordable units of housing out of the 20,000 that are projected to be built across the city. The MHA Upzone plan would allow developers to build to the maximum height allowed under the plan. In exchange, they would be required to either build a percentage of new affordable units, or pay into the city’s affordable housing fund. In addition, according to city staff testimony, the developers would have to acquire development rights for projects that encroach onto historic properties. They would also have to make some form of environmentally friendly, “green street” improvements, or create a privately-owned public space (P.O.P.S.) for residents to enjoy.

These measures did not dissuade the crowd at the City Council chambers from their concerns about being displaced due to rising costs, and the accompanying dissolution of the community support network developed by residents in the CID.

Artist and activist Cynthia Brothers, who has been organizing with the CID Coalition, testified at the public hearing that the CID community has been a lifeline to her family, who came here from Hong Kong. “It’s a pretty similar immigrant story to many who have come and settled in Seattle,” Brothers said. “The [CID] is a place where my family has worked in, received services, gone there for food—a cultural hub.”

Brothers added that the CID is the only place where her grandmother can go to receive culturally sensitive services. A common refrain from CID residents and activists at hearing was the importance of maintaining formal and informal support networks and services.

Another resident, Tiernan Martin, agreed that those concerns were valid but stressed the importance of the MHA upzone as a tool that shouldn’t be overlooked. “The neighborhood desperately needs more affordable housing,” she said. “I fear that if we don’t take advantage of this and if we don’t add this as another tool in our toolkit, then we’ll be too late, and then the development cycle will just play out as it usually does, and the neighborhood won’t get enough affordable housing.”

The city has identified the CID and the Central Area as two places that are at particular risk of residents being displaced. According to 2010 U.S. Census data (computed by Statistical Atlas for neighborhood estimates), the CID has one of the lowest median incomes of any Seattle neighborhood, at around $25,000 per year in 2010. Seattle’s median income as a whole was close to $70,000 in 2010, and is now over $80,000.

The neighborhood is also overwhelmingly comprised of renters. Many residents see rigorous affordable housing measures as the only solution to the combination of low incomes and the large proportion of renters in the neighborhood.

A number of those residents echoed City Council candidate Jon Grant in calling for a 25-percent affordable housing mandate. Grant testified in the Council chambers citing his experiences as the executive director of the Tenants Union of Washington. Before his testimony, he spoke about what he sees as the urgency of implementing the MHA Upzone in the correct way.

“Right now the city is only asking for seven-percent affordability requirement, which means we’re going to be losing more affordable housing than gaining,” Grant said. “I think we need a much higher affordability mandate so we can maintain the amazing diversity in the International District and people can still call it home.”

When asked if a 25-percent affordability requirement was too high, he balked at the idea, and cited rent-control and affordability measures in New York City and San Francisco.  However, rent control and rent stabilization are currently banned in Washington State.

At the City Council, representatives of various organizations offered gentle criticism and praise to the council for its latest plan.

Doris Koo of the Yesler Community Collaborative spoke in support of the proposed MHA implementation and upzoning plans, citing the City Council’s willingness to work with her organization in the past.

Quynh Pham, Board Chair of Friends of Little Saigon, strongly emphasized that the implementation of the MHA upzone needs to coincide with the continued commitment with the Equitable Development Initiative.

Toward the end of the public hearing, InterIm CDA as well as the CID Coalition reiterated their calls for the City Council to slow down and rethink this process, albeit proposing different solutions.

“All of us want the same thing, a thriving ID and for all of our voices to be heard,” said Leslie Morishita, InterIm CDA Real Estate Development Director. Morishita urged the Council not to “steamroll” their recommendations, referring to their 2011 upzoning and affordability recommendations.

The CID Coalition’s proposal was far more extensive. CID resident Irissa Chen shared her fears that under the plan, the CID would become merely a “taste of the exotic” for the wealthy. Chen demanded that the Council enact a moratorium on “non-affordable development”—or residential and commercial development that doesn’t meet the median incomes of the CID itself—as well as an economic study overseen by the community to determine a more inclusionary approach, an expansion of the International Special Review District (ISRD) boundary to cover the CID east of the freeway (i.e. Little Saigon).

Overall, public testimony was divided between people cautiously approving the proposed MHA upzone, or demanding a re-approach to the plan. After public comment, Councilmember Rob Johnson invited members of the public to return on Tuesday, June 9 at 9:30 a.m., when the committee will discuss the proposal again. Councilmember Johnson, Herbold, O’Brien and Sawant (absent on the day), urged community members to engage them further on the issue.