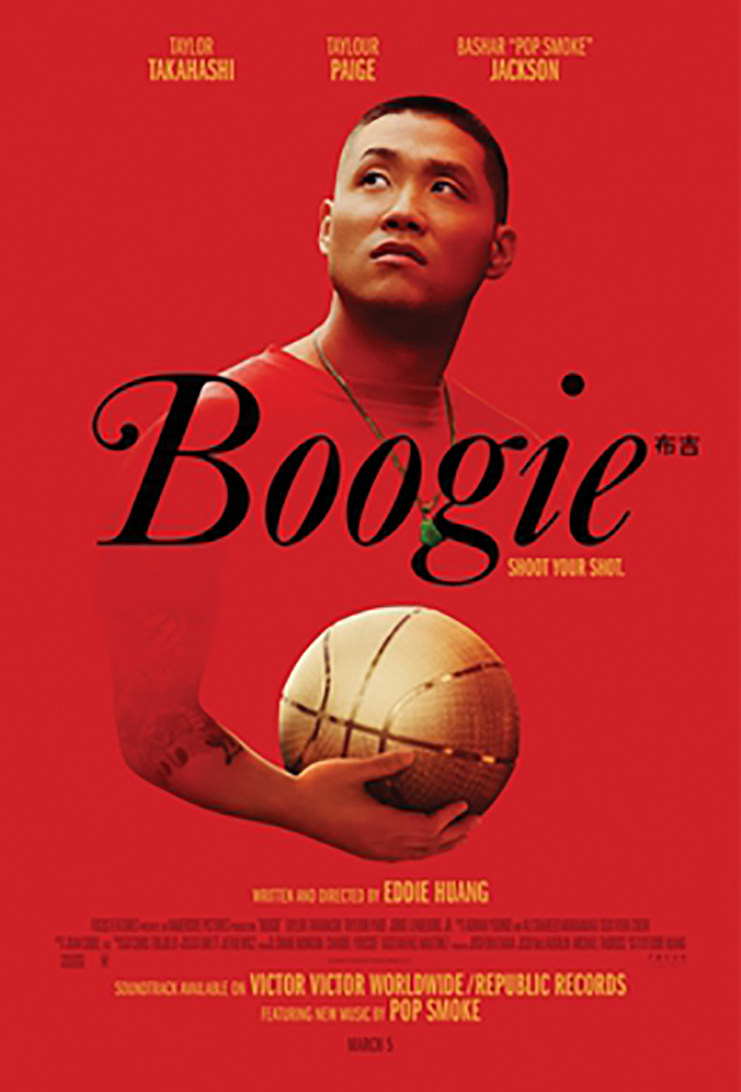 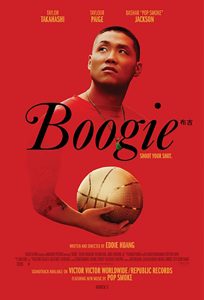 Boogie, in theaters March 5, is a refreshing twist to the coming-of-age story. The film is an ode to hip hop and basketball, and Chinese American culture and tradition. Director Eddie Huang breaks barriers with his brilliant casting.

Alfred “Boogie” Chin, played by Taylor Takahashi, is a young Chinese American with dreams of one day making it to the NBA. In hopes of landing an athletic scholarship, Chin transfers to a prep high school for a chance to play against the best rated player in New York city, Monk, played by the late rapper Bashar “Pop Smoke” Jackson.

While there Chin meets Eleanor, played by Taylour Paige. The two eventually date and develop an intimate relationship.

Chin is not your typical on-screen hero-type character. He is not selfless, nor does he have a heart of gold. He is brash and self-centered. He does not get along with many of his teammates and coach. His hypermasculine persona can even be off putting at times, which makes him look awkward when he actually displays vulnerability.

Chin must learn to overcome the challenges of a new school and new team. All the while trying to carry out the high expectations his parents have for him.

Boogie represents an image of the Asian American male who does not fit the model minority stereotype – a controversial label meant to single-out Asian Americans from other ethnic minority groups in the U.S. based on a so-called higher socioeconomic status and general complicitness to white supremacy.

Interestingly, Chin calls out former NBA player Jeremy Lin as a model minority, but I disagree.

The film also represents the shared aspirations of many Asians and Asian Americans who dream of one day playing in the NBA. Basketball is such a beloved sport in the Asian community. Watching films like these where Asian Americans are balling out is inspiring.

Director Eddie Huang did well to cast the film with mostly black and brown actors in lead roles. The film really captured the essence of inner city living in NYC. The on-screen romance between Chin and Eleanor was very unique and refreshing to see.

Many elements of the film are almost like an extension of Huang’s personality. In most, if not all of his work, Huang has infused his Chinese American heritage and culture with his love for hip hop music and 90s style – an aesthetic which has made its way back to popular culture.

In Boogie this holds true. The 90s fashion and music gave the film a nostalgic feel, while still looking super fresh. This movie took me back to some of my favorite basketball movies growing up as a kid, like Above The Rim, or He Got Game. I can certainly see the parallels.

Bashar Jackson, who was slain during a home invasion February 19, 2020, gave a stellar performance as basketball phenom, Monk.

For Huang, casting both Jackson and Takahashi in their respective roles took risk because neither had any previous acting experience. However, both proved to be dynamic and charismatic in their performances.

One point of contention important to note is a scene between Chin and his father, played by Perry Yung, where the two are home together watching a recording of the 1989 French Open match between American tennis player Michael Chang and Czechoslovakian Ivan Lendl.

Chin asks his father why he watches this one match over and over again. In his response, his father laments that Michael Chang is the only Asian American athlete to breakthrough into elite status.

This is untrue, as evidenced by Olympic figure skaters Michelle Kwan and Kristi Yamaguchi. Speed skater Apolo Ohno is also Asian American, and let’s not forget Jeremy Lin. Whether this misinformation is just an extension of Chin’s father’s hypermasculine persona in the film, or just an error on Huang’s part, it is important to note.

Overall, Huang’s directorial debut is a success. Boogie is a basketball love story for the new generation.