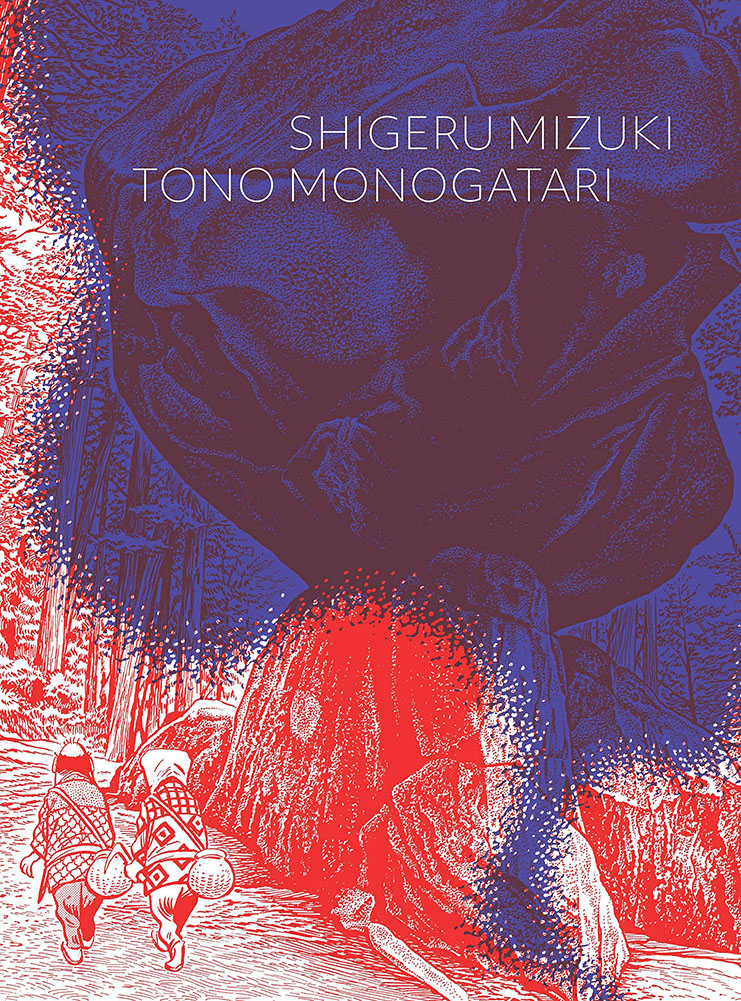 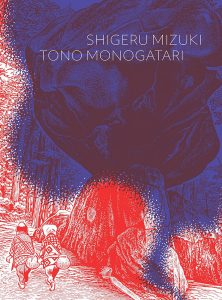 Strange disappearances in the night. Miraculous changes of fortune. Chilling encounters with giant mountain dwellers. According to folklore, Tono, Japan is a place where almost anything can happen. Reputedly home to all manner of spirits and monsters, the region attracted the attention of aspiring novelist Kunio Yanagita. Together with folklorist Kizen Sasaki, Yanagita traveled to Tono in 1908 to collect the legends of this rural community before they were lost amid the tumult of Japan’s rapid industrialization. Two years later, he published Tono Monogatari, or Tales of Tono, a compendium of folktales now recognized as a defining text of Japanese cultural history.

Among the book’s many admirers was acclaimed cartoonist Shigeru Mizuki. Although not as well-known internationally as some of his contemporaries, Mizuki’s work has been entertaining Japanese audiences for over 60 years. His most famous creation is GeGeGe no Kitaro, a manga centered around the world of yokai (Japanese supernatural monsters). This work was inspired by traditional folktales like those found in Tono Monogatari. After his retirement, Mizuki visited Tono and began writing an illustrated re-imagining of Yanagita’s influential collection. First published in 2008, Mizuki’s rich adaptation is now available in English for the first time.

The structure of Mizuki’s Tono Monogatari mirrors the prose original: a numbered series of episodes recounting various legends and superstitions. Like the fables of the Brothers Grimm, many of these tales entertain while imparting a moral lesson. In one, a man receives a magical grinder that produces gold when used to grind a single grain of rice. His wife, impatient with greed, decides to fill the grinder to the brim. However, instead of receiving riches, she’s pulled down into oblivion. Another story tells of a man who challenges a mountain yokai to a wrestling match. He loses but manages to walk away with little more than a bump on his head. The true cost of his pride is revealed months later during a second hike up the mountain. His gristly fate confirms that these stories haven’t been sanitized for children. Echoing Yanagita’s choice to write in the first person, Mizuki inserts himself into Tono’s fairy tale world, mixing fiction with autobiography. Sometimes the author takes part in the events occurring around him. At others, he simply shares his reactions to the preceding stories.

Some of these tales are comic, some tragic, a small handful are horrifying. A number are fragmentary, setting up tantalizing situations that are never resolved. These vignettes can still be enjoyable and provide a wealth of cultural information. Nevertheless, readers looking for a connected narrative should adjust their expectations. The stories’ effectiveness owes much to Zach Davisson’s sharp, lively translation. Working within the cramped confines of cartoon speech balloons, he provides readers with much of the charm and personality of Mizuki’s original text. He also clarifies unfamiliar cultural and historical references with short essays interspersed throughout the book.

The greatest gift of Mizuki’s reinterpretation is his art. His panels bring to life the sprawling forests, mythical creatures, and amusing personalities of the Tono region. The backgrounds are evocative and richly detailed while the characters are drawn in an exaggerated, expressive style. Although the volume is primarily black-and-white, chapter introductions are printed in full color, accenting Mizuki’s formidable artistic ability.

Late in the book, Mizuki illustrates an imagined encounter between himself and the late Kunio Yanagita. The artist confesses that he has always felt drawn to Tono Monogatari. He laments, “There were a lot of yokai in the old days. Though I don’t feel them now . . . it must’ve been fun back then when you wrote Tono Monogatari, with all those yokai!” Shigeru Mizuki passed away in 2015, but his vivid adaptation allows a new generation to experience the awe, fear, and joy of these timeless tales. His re-imagining provides an enjoyable gateway into the world of Japanese folklore, proving there’s still some life in these old spirits yet.