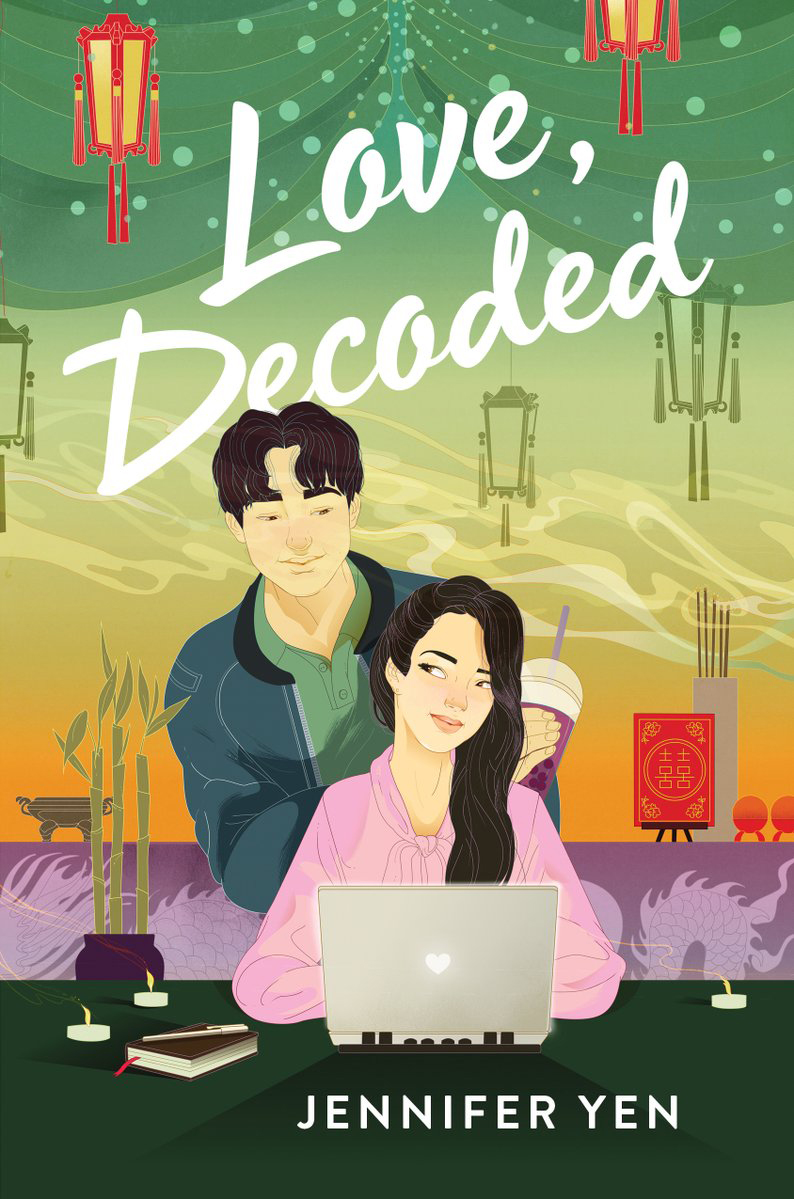 Love, Decoded by Jennifer Yen. First published in the United States of America by Razorbill, an imprint of Penguin Random House LLC, 2022.

Love, Decoded was a great YA getaway from the dark and heavy stories I have to read for school. Jennifer Yen takes us back to High School following the one and only Gigi Wong, a junior who strives to be the best she can be. This Emma retelling takes a modern-day spin on matchmaking Gigi learns as her Great Aunt’s apprentice. Even though this is a gentle change from the fiction I normally read, this book also has it down sides.

First I would like to talk about the great things about this book. I loved the blended languages Yen includes between Gigi and her family. What I like about it is that even though I don’t understand what they say, it feels authentic and people who speak two languages would have conversations like this. I like how this novel is character focused and action oriented. There isn’t a lot of flowery language which is closer to my style of writing as a creative writer. I also enjoy the idea of having a small intimate cast of characters to focus on, so it isn’t confusing or overwhelming. Each character has his or her own personality and their roles in the story are clear. I especially enjoyed Auntie Rose. Even though we are following a Chinese American family, I feel like Auntie Rose reflects many of our older family members. I got a kick out of the pop culture references included in this book and even laughed when I saw my favorite anime was mentioned.

However, on the downside of things, this novel took a really long time to get through. Most of the action that the synopsis promised happens a lot later and I had mixed feelings about the ending. On the back jacket on the copy, I read has a conversation between Gigi and her best friend Kyle. Yet, when I got to the section in the book, it was actually a conversation between Gigi and her childhood friend Joey. This might be a mistake from the publishing process, but it was a little bit misleading.

In the past, I have come across many Young Adult books where the main character’s family is wealthy or “comfortable”. I don’t know if this is a trend, but I see it way too often and it is really hard to relate to. I can’t help but focus on the idea that Gigi and her family live in a multi-story apartment in New York and that she has a driver. This doesn’t get acknowledged until later in the book when Kyle calls her out on it. This book also follows the “smart Asian” stereotype. Gigi is really good at coding, that’s why she creates a friend making app. I’m not saying that including this stereotype was bad, but it has been slightly harmful to many of those who don’t fit the expectation.

As for the friend-making app. I knew early on that this wasn’t going to end well, and Yen followed through with the scandal that surrounded it. When the drama ensued among Gigi and her friends along with the rest of the student body was when the action really started. Although, the way the app was used that got the school board involved felt confusing. It’s one of those things that students do that could be used for any phone app, not just Gigi’s. I wish that Yen could’ve gone the direction she started with instead.

That is all for this review. Overall, I did enjoy Jennifer Yen’s novel. I would recommend it for those who just need to get away from life and sit down and follow a bunch of teenagers doing teenager things.