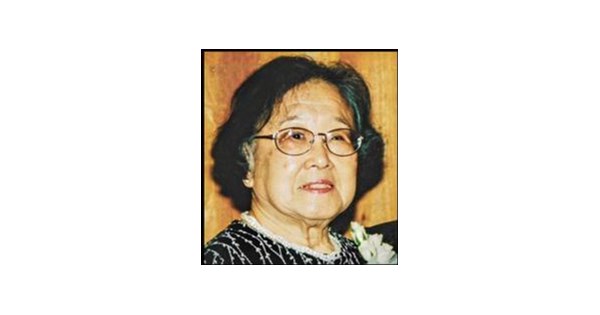 “She lived a long and productive life.” Former King County Assessor Lloyd Hara spoke lovingly of his mother, Shuko, who passed away at the age of 103 on June 10, 2018, in Hockessin, New Jersey.

Shuko Yoshihara was born in Spokane, Washington, on January 31, 1915. As a young child, she and her family moved often, primarily due to her father’s job. He was a railroad construction foreman who supervised the work of 500 men. Most of Shuko’s formative years were spent in the rugged rural areas of Montana. As she grew older, she developed a keen sense of curiosity; she was an exceptionally gifted student with an aptitude for the life sciences, graduating at the age of 16 from the Thompson Hill Boarding School in Thompson Falls, Montana.

Shuko wasted no time in advancing her education. In 1931, she entered the University of Washington’s School of Pharmacy. While attending school there, mutual friends set her up on a date with fellow pharmacy student James Hara. James graduated in 1933. Prospects for employment were limited for Japanese Americans. A fair degree of discrimination existed. James decided to open his own business. In 1933, James established the Hara Drug Company which opened right in the heart of Seattle’s Japantown – 14th and Yesler in a storefront in the same building with the Mutual Fish Company.

The Hara Drug Company was a popular hangout for the Nisei kids in the neighborhoods. It had a soda fountain and a newsstand with all of popular comic books in the day. In 1936, Shuko graduated from the UW School of Pharmacy at the top of the class. She and James decided to get married. The future seemed bright. Shuko joined James at the Drug Company and their business prospered. In 1939, a son, Lloyd, was born.

After the attack on Pearl Harbor on December 7, 1941, the lives of every Japanese American would be dramatically affected. In February, after Japanese were given military orders to evacuate the West Coast, James Hara was forced to close his business. He was fortunate, however, to find someone who was willing to buy his unsold inventory. That person was Bonnie Robinson who, for many years, operated the “Bon-Rob Drug Store” at 14th and Yesler and which continued to be a popular hangout with the neighborhood kids.

Rather than face internment, James moved Shuko and Lloyd outside of the West Coast, first to Pullman, then to Lincoln, Nebraska, where James found employment at the University of Nebraska. But the Hara family’s stay in Lincoln didn’t last. James moved his family often in pursuit of better opportunities, the Hara family was always on the move, first to Evanston. Illinois, then Chicago, Illinois, then for an extended time in Milwaukee, Wisconsin. It was in Chicago that Shuko gave birth to two daughters, Mitzi and Marcia. During these times in the Midwest, the Hara family became accustomed to the racial taunting directed toward Japanese Americans. Lloyd remembered the name calling, the rock throwing, and the mean-spirited messages left for his family. He was picked on because he was Japanese.

After being away from Seattle for more than a decade, James Hara “was tired of shoveling snow.” In 1955, the Hara Family returned. Attitudes toward Japanese Americans had markedly improved. But finding a home was a different matter. In 1956, a majority of Seattle’s neighborhoods had racially restrictive covenants which prevented Japanese Americans and other people of color from owning home there. Shuko had been a member of the University Congregational Church. Thanks to Shuko’s continuing contacts with the University Congregational Church, the family found a home in the View Ridge Neighborhoods. As Lloyd remembers, the family wasn’t necessarily met with open arms. A few times, the family would find garbage thrown on their lawn. James found work as a pharmacist in downtown Seattle at the Hart Drug Store. Placing family ahead of self-aspiration, Shuko was a stay-at-home mother with three growing children.

However, after the youngest child entered college, it was then that Shuko decided that it was time to go back to work, first at Swedish Hospital then Virginia Mason. But she found her true calling when she went to work at the University of Washington’s School of Pharmacy as a clinical pharmacy instructor. In this role, she served as a mentor for sixth year pharmacy students, supervising their appropriate dispensing of drugs and performance during student clinical trials. According to Lloyd, her work as a mentor gave his mother the greatest satisfaction. She served in this capacity until she retired in 1992, when she was 77 years old.

After her husband James died in 1988, Shuko devoted herself to the University of Congregational Church where she taught Sunday School and participated in its Women’s Club. She also took an interest in ikebana and gardening. Although Lloyd has a long history of political work, his mother wasn’t really interested in electoral politics. Nevertheless, Lloyd said his mother was always there to provide support.

When asked to describe his mother, Lloyd said, “She was determined, organized, and committed to doing the right thing.” Lloyd remembered that when his mother faced adversity, her philosophy was “not to dwell on the past but to always move forward.”

Shuko is survived by son, Lloyd, daughters Mitzi Sakata and Marsha DeFeyter, six grandchildren and four great-grandchildren. Remembrances can go to the University of Washington’s School of Pharmacy or a charity of choice.