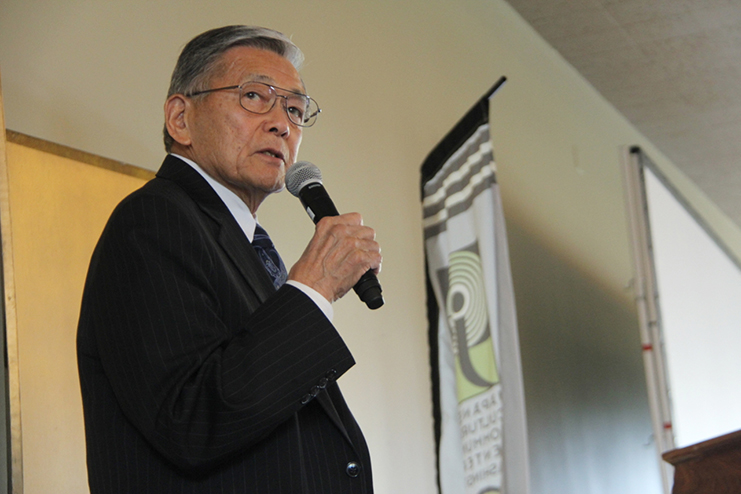 There are so many stories about Norm Mineta, 90, who passed away Tuesday, May 3. He was a soft-spoken gentleman who was a part of making U.S. history at multiple junctures. Mineta was “the first” many times over: the first Asian American mayor of a major city, San Jose, California, where he was born and raised. Twenty years ago, the San Jose Airport was named for him. He was the first Asian American cabinet secretary and first and only Democrat in the George W. Bush administration.

Mineta, a lifelong Methodist, became active in San Jose community service as a young adult. He served on several boards and commissions before being appointed to the San Jose City Council, then getting elected to Council and later mayor. At the time, the San Jose area was beginning a surge in technology start-ups in what would later become Silicon Valley. He was the first Democrat to be elected to Congress from that district in decades.

Mineta also worked in the private sector, beginning with joining his father’s insurance company after getting his degree at the University of California, Berkeley, and serving in the U.S. Army as an intelligence officer. In those post-WWII days, every Japanese American community — like African American communities — could not get insurance from mainstream agents because of racial discrimination. He also worked for Lockheed Martin and a national consulting firm, but his passion was always public service.

Mineta made occasional trips to Seattle to speak at a community banquet, receive an award, or confer with local officials. He always greeted everyone with equal status, staying on after the event to let young people take selfies or listen to an old friend talk about policy or family stories. He was resolute about training the next generation and launched a number of national scholarship, fellowship, and civic engagement programs.

As transportation secretary during 9/11, Mineta spoke passionately about not scapegoating Arab Americans and Muslims. He was heavily quoted in national media for his stance: “The Constitution must not become a casualty of our conflict with Saddam Hussein.” Rather, he temporarily grounded all planes in U.S. airspace, and later created the Transportation Security Administration (TSA) to bring greater air safety.

He knew too well what happens when a whole population is scapegoated. Mineta was 10 years old when he and his family were sent off to an American “internment” camp in Heart Mountain, Wyoming. Everyone could take only what they could carry. Mineta took his beloved baseball gear, but his bat was confiscated as a forbidden weapon. Just a few weeks ago, I thought of Mineta when I saw all the Ukrainian children clutching their stuffed animals as they were forced from their bombed-out homes.

Decades later, Congressman Mineta stood on the floor of the House of Representatives and told his childhood story of his community losing their constitutional rights — and of a 10-year-old boy losing his baseball bat. That boy went on to serve in the U.S. Army as an intelligence officer, fighting for the country that imprisoned his family and community. His congressional colleagues were moved to pass the Civil Liberties Act of 1988 that provided a national apology and monetary compensation to the 120,000 people of Japanese ancestry who had been incarcerated during WWII.

As a deputy assistant secretary in the Department of Housing and Urban Development, I was one of over 300 Asian American and Pacific Islander appointees in the Clinton administration, by far the most ever. Mineta was a role model, mentor, and ally to us all. We had his email and personal phone number, but we never abused it. We just knew that he would be there for us, if we needed him. He remembered our names and asked how we and our departments were doing.

When the Clinton administration was coming to an end, he hosted a farewell reception for all the Asian American and Pacific Islander political appointees. By then, I had moved on to New York, but I made a special point of taking the train down to Washington, D.C., out of respect for him. While it was a joyous celebration, his words are seared in my memory: He warned us that racism would be the 21st century issue that is going to challenge our democracy, and that all of us needed to be prepared to work hard for civil liberties for all.

I can’t help but wonder, in this era of hate speech and lies, if the Norm Mineta kind of smart, dedicated public servant is gone.

For the sake of democracy around the world, we can only hope that the generations of young BIPOC students, interns, and scholarship recipients will become leaders in the mold of Norman Y. Mineta.

This article is published by the International Examiner and the South Seattle Emerald under a Seattle Human Services Department grant, “Resilience Amidst Hate,” in response to anti-Asian violence.