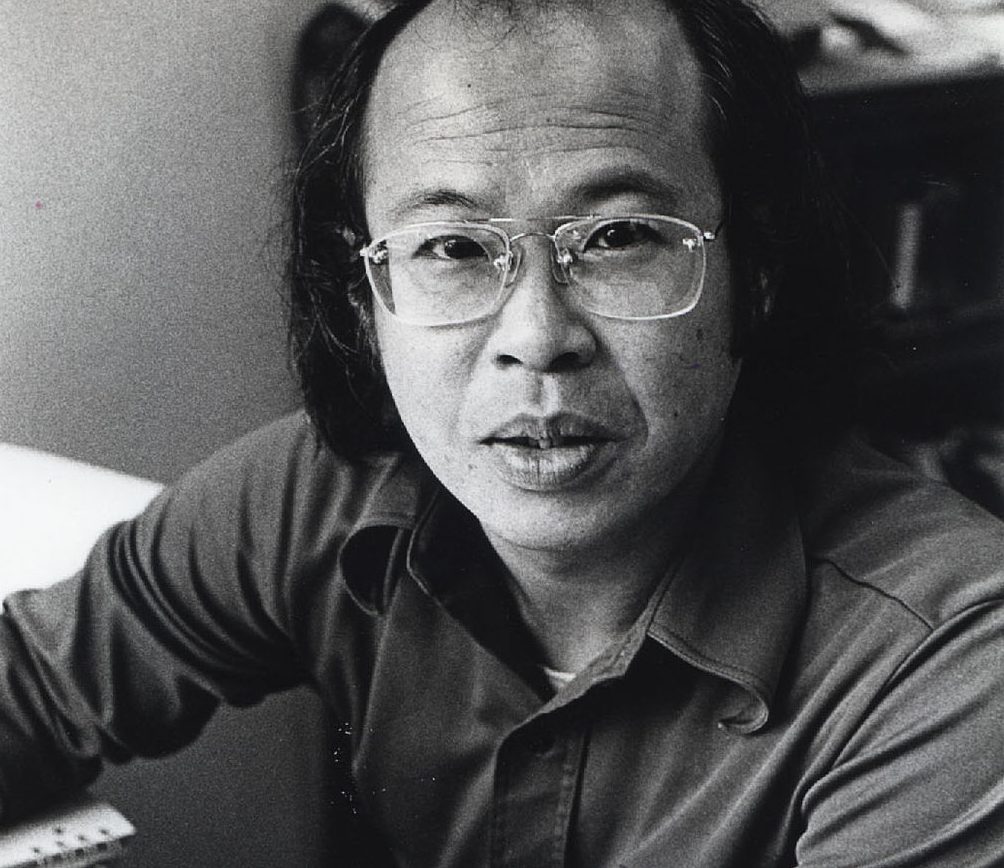 Jeffrey Paul Chan died recently. He was a professor of Asian American studies at San Francisco State University until his retirement in 2005. He helped co-found the Asian American Studies Department there and served as its chair. Along with Frank Chin, Lawson Fusao Inada and Shawn Wong, he edited two editions of the groundbreaking anthology Aiiieeeee! An Anthology of Asian American Writers.

Along with this, the quartet formed the Combined Asian Resources Project (CARP) which helped to rescue from obscurity and republish such older Asian American literary classics as John Okada’s No No Boy and Louis Chu’s Eat a Bowl Of Tea (UW Press). He is the author of numerous shorts stories and a comedic play Bunnyhop produced by the L.A.-based East West Players. His novel Eat Everything Before You Die: A Chinaman In The Counterculture appeared on UW Press. He served on the Board of Directors for the seminal Bay Area based Asian American Theatre Company as well.

Jeff Chan was the first Asian American professor I ever had. The student strike at San Francisco State was over in the late 60s, and one of the major concessions won was the formation of an Ethnic Studies Department.

There was a palpable uncertainty yet excitement the day when I walked into a class entitled “Creative Writing” and found myself surrounded by a sea of yellow faces fidgeting around desks. Jeff proved the perfect instructor as he helped guide us into exploring our inner most expressions as Asian American writers. He was congenial yet persistent but also critical enough to cut through our bullshit. As my fellow writer and friend, Russell Leong perceptively noted, Jeff was old enough to merit respect, yet young enough to appear to us as an older brother or uncle rather than an authoritarian professor.

In an interview with Russell, Chan would recall the students in his classes as “compelled, confused, or repelled by family, race or sex.” In that early class I would meet fellow writers Russell Leong, George Leong, Sam Tagatac and filmmaker Curtis Choy. Thanks, Jeff, for all you contributed and shared with us all. I still have hazy yet pleasant memories of having lunch with Jeff and his wife Janis on a sun-lit afternoon in an apartment in the Haight when, for me, contemplating being a writer was still a distant dream. Jeff Chan helped fuel that ambition.

Below you will find tributes to Jeff by fellow literary partner and friend Shawn Wong with Malcolm Collier, Daniel Gonzales and Richard Wada and a poetic tribute by writer/editor Russell Leong.

Their efforts also led to their establishing The Combined Asian-American Resources Project (CARP), which sought to gather information not only on Asian American writers but on Asian American cultures in general. This sometimes mad-cap enterprise sought
primary sources, recorded events like the Chinese American celebration Bomb Day in Marysville, California, and interviewed people as varied as early Asian Americans engaged in Hollywood and the arts, an elderly hom-yu (salt fish) maker in Monterey, and a long-established woman barber in Oakland’s Chinatown. Jeff, in particular, took great joy in discovering the subtleties of Chinese American English and the broad range of
Asian American cultural expressions.

In addition to publishing Aiiieeeee!, Chan and his co-editors followed that landmark anthology with The Big Aiiieeeee! An Anthology of Chinese American and Japanese American Literature (Meridian, 1991). Chan’s novel, Eat Everything Before You Die: A Chinaman in the Counterculture (University of Washington Press, 2004), which follows Christopher Columbus Wong, from the 1950s through the pop culture era of the 60s and 70s in San Francisco’s Chinatown. Publishers Weekly called the book “a bumpy but vigorous read.” As it should be.

As a novelist and writer of short fiction, Chan had to not only write his own creative work, but also rediscover, name and preserve the Asian American literary canon in order to educate his own reading audience. As a teacher, he had to cajole, threaten and seduce publishers into reissuing classic works of Asian American literature and to recognize and publish new work by Asian American writers so that there would be books for the next generation seated in his classes.

That next generation sometimes included the children of his colleagues. Sam Chew Chin, son of Frank Chin, notes on his Facebook page this remembrance of Jeff Chan: “Jeff had a measure of patience and compassion that I found comforting as a kid. He seemed to care about my thoughts, partially formed as they were. But his calm demeanor masked a powerful mind and an agile wit. He’d read everything. It was extremely difficult to stump him. My dad could shout anyone into oblivion, but Jeff, master of words, could cut someone down without even opening his mouth. He had this way of leaning forward, raising his eyebrows, looking you in the eye with a hint of a smile and slowly shaking his head from side to side. If you saw that shake, you abandoned hope of being correct. It could even halt my dad.”

Malcolm Collier, Daniel Gonzales, Richard Wada and Shawn Wong were all colleagues with Jeffery Chan at SFSU back in the day.

Jeff, you taught me so well
That the vivid pen rebounds even in my dullish older age
I wish you peace of mind, grace and whatever simple daily respite
Appears during these kind of foggy days

Along the corroded quays of Venice there’s a prescient
Figure—a Chinaman called Jeff—surnamed Chan, not Aschenbach

From aching dreams and desires, we trace our messy lives along eastern and western meridians

Our breath fogging the windshield as we maneuver on the narrow roads of Marin,

Or return via farther paths, to the white beeches of Foresta Umbra; our gaze rises from the valley floor, green morning light before our eyes where roe deer roam, leaving even delicate orchids untrampled—

All because, Jeff, as you taught me well, to let all things be beholden,
but only to themselves.