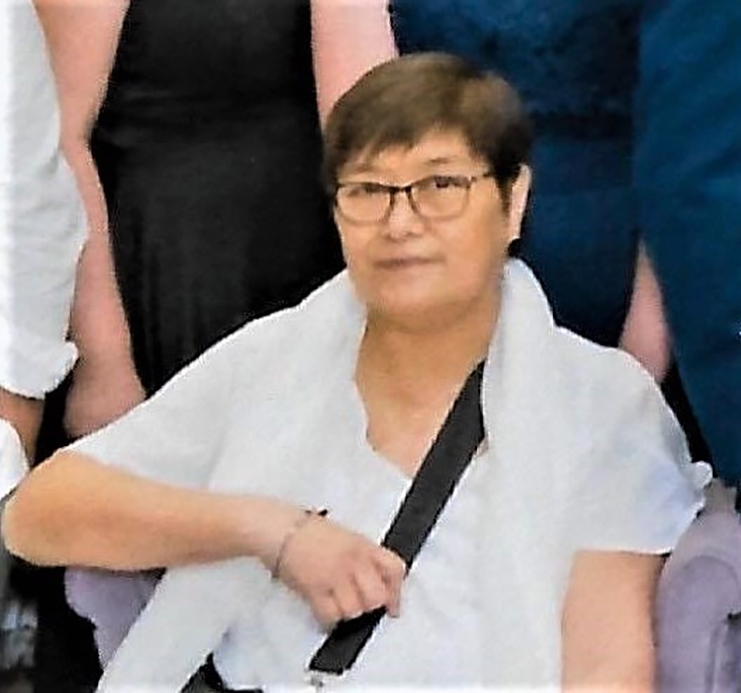 On Monday, March 2nd, 2020, Estrella Reyna Mangaliman – a widow, loving mother of four children, proud lola of three beloved grandchildren, caring sister and sister-in-law, and auntie – passed away in her home in Seattle at age 70.

Estrella was born on October 29, 1949, in Santo Domingo, Ilocos Sur, Philippines, to Dionicio and Concepción Reyna. Estrella received her teaching degree from the University of Manila. It was in Manila where she met her one great love, Alec Mangaliman, at a friend’s house. After years of courtship and long distance relationship, Alec and Estrella eloped on September 21st, 1972 in Manila. They would enjoy 46 years of marriage full of joy and many sacrifices. Together they raised four children: Lana (David), John (Vincent), Jill, and Kimberly (Matthew).

Known as “Ining” by her friends and “Queen of the Stars” by her townmates, Estrella grew up having many fans and a feisty personality. She was teaching at a middle school in her hometown, until her husband Alec asked her to come live with him in the United States. Leaving the Philippines was very difficult for her as all of her relatives were there, but she also dreamed of providing a better life for her family. So, Estrella with baby Lana emigrated to live in Seattle, Washington in 1975.

Over the years, Estrella had different jobs in the Seattle area, such as a janitor at Group Health, a data entry specialist at Rainier Bank, a self-employed travel agent, and a data entry specialist for University of Washington. She worked many hours and sometimes graveyard shift, as that was the sacrifice she had to make to support her family here in the US and in the Philippines. In 1997, Estrella suffered a heart attack which weakened her health and prevented her from holding employment. She would be in and out of the hospital for many years, but being the fighter that she was, kept going despite all odds. Life became more difficult as her husband passed away in 2018, leaving her with a broken heart.

She and Alec shared a love of music and made mixtapes of their favorite songs which they would play in the car during their many road trips and car rides. Estrella had a green thumb when it came to gardening and took care of several plants in her home. Her favorite flowers were orchids and red roses. She was known for making delicious Filipino food and would feed anyone who came to visit her. She held a great sense of justice and believed in doing good in the world, a value which she passed onto her children. Estrella was known to take in anyone who needed a mother and take care of them as her own children. She especially enjoyed spending time with her three grandchildren – Hannah, Madison, and David – whom she loved with all her heart.

Estrella is survived by her four children and their families, her brother Edward (daughters Jinglee and Jeanette), her sister Elizabeth, sister-in-law Amelia (kids Ryan and Joan), her sisters-in law Elizabeth (Kelly) and Grace (Nestor, kids Xenia and Garry), and an extensive extended family around the world.

A service was held on March 17th at her final resting place, Forest Lawn Funeral Home, in West Seattle.