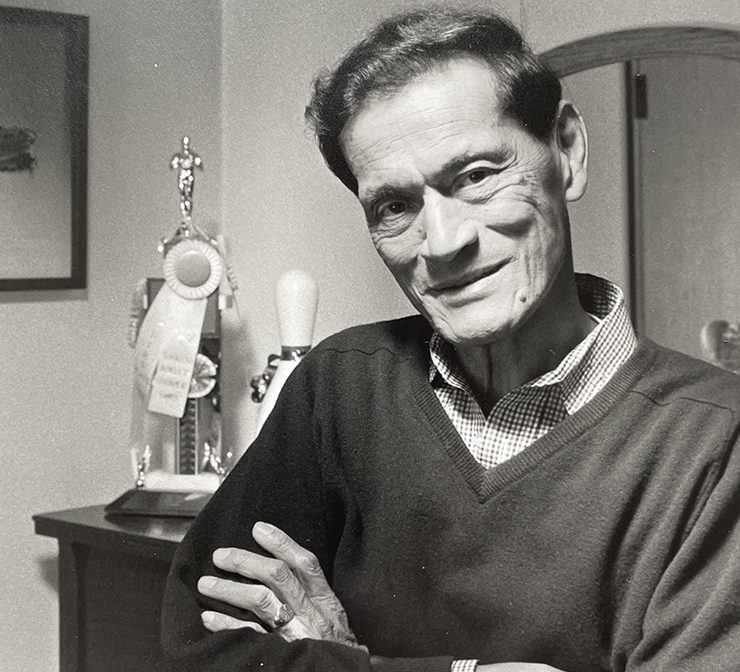 Cal Fung passed peacefully on February 11, 2022, at the age of 97 with family by his side. Cal leaves behind his loving wife, Jeni, with whom he shared 73 amazing years, his two daughters Janine Chan and Alicia Davis along with their husbands, Brian and Mark, and his grandchildren Natalie Rodgers (Blake), Jordan Davis (Kylie), Paul Davis and Carlyn Bisset (Denver) and great grandchildren Reagan, Eleanor, Eli, Ava and Layla and his many nieces and nephews.

Cal was born in San Francisco. As an infant in poor health, he was raised in early childhood by the Walsh family who were strong Irish Catholics. Cal’s faith remained strong throughout his life and helped shape him as a person and family man. At the age of nine, Cal returned to live with his parents and siblings in San Francisco’s Chinatown where he was introduced to his Chinese American roots.

Cal’s father worked for the government, and when Calvin was a teen, his family moved to Seattle. It was here he met and married Jeni and where they raised their family. Cal was employed as a buyer for The Boeing Airplane Company for 30 years and two of these years included relocating his family to Cape Canaveral, Florida when Boeing was involved in the Apollo Space Program.

During World War II, Cal served as an Army Staff Sargent and General Clerk with the 176th Ordnance Depot Company in the European Theatre of Operations. His duties included delivering military equipment and supplies to the front lines. In Cal’s words: “We were like Home Depot on wheels.“ In talking about life after WWII, Cal said: “The GI Bill allowed me to start my post-war life by graduating from Seattle University with a Sociology Degree and purchasing our first home.”

On December 2, 2019, Cal was one of six living Seattle-area Chinese American World War II vets honored by 68,000 Seattle Seahawk players and fans with a standing ovation. In November 2021, he was one of many Chinese American Veterans who received the Congressional Gold Medal of Honor recognizing their service during the war.

Cal and Jeni with their circle of friends played golf, mah jong, bridge and poker, shared meals, partied and traveled together. These friends also worked together to support and strengthen the Seattle Chinese Community through various volunteer initiatives.

Cal was one of several founding members of the Seattle Chinese Athletic Association, a program that offers athletic programs and scholarships for Chinese youth. He and Jeni, helped to find a site for the Kin On Chinese Nursing Home, one of the first of its kind in the United States. And when the call came to build a new, up-to-date facility to house Kin On, they helped to plan and raise funds to construct a new and larger nursing home and continued to support Kin On for many years. They were also active supporters of the Wing Luke Museum.

Cal was a lifelong member of Cathay Post #186 the American Legion, with Cal serving as Post Commander in 1986-87. His involvement continued with planning and staffing fund raising activities and memorial services for Chinese veterans. All of these programs continue today under new leadership.

Cal Fung always had a fondness for cars, and he owned a total of 18 cars during his lifetime. He had always hoped to own a sports car. One day, he arrived home with a two-door, robins-egg blue Thunderbird and proudly showed it to his wife. Jeni, being the sensible one of the two, promptly ordered Cal to return the car, which he did. He returned home driving a red station wagon, and it took another 20+ years for him to finally realize his dream of owning a sports car.

Cal was a generous man with a good soul that cared about others and giving to those in need. With his warm smile, kind and friendly ways, and sense of humor, he made his mark in this world. He embraced the good life he had been given until the end. He set a good example for all the generations he left behind. He held onto his humor even when he was hurting and was always gracious to others and ready to provide what support he could.

While Cal’s intellect and compassion will be missed, his legacy of service lives on through his family, the many organizations and friends he worked with during his long life, and through the many people he touched with his kindness.

For those who would like to honor Cal’s memory, his family suggests a donation to The Alzheimer’s Society or a charity of your choice.