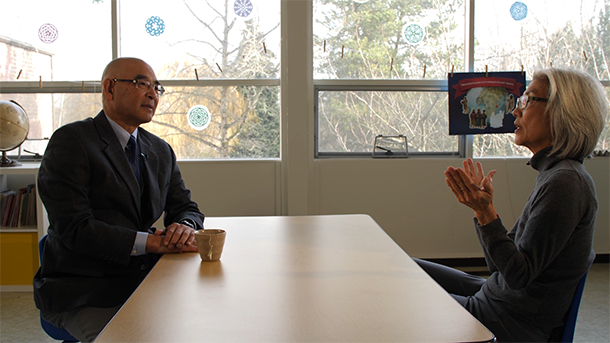 It’s difficult to imagine all that has happened in the past 45 years. In 1970, I was a fresh graduate of the University of Washington School of Social Work. I had come from Hawaii two years earlier as a very naïve “island girl.” During that period, two major movements that had a lasting influence on me were the “Women’s Lib” and the anti-war efforts. The Kent State University killings resulted in the shut-down of many parts of the University of Washington and I spent a good deal of my last quarter there doing social action work instead of attending class. My most valuable education came from the streets, fellow students and creative professors. In addition, Dr. Minoru Masuda, Tsuguo “Ike” Ikeda, and Don Kazama taught by example.

My first picketing experience after school was at the Elks Club; at that time, people of color were not allowed into the building. At that gathering, for the first time I met activists from the Asian community who had been working on social justice issues for a very long time and who took the time to educate me on the injustices experienced by various ethnic groups, and Asians in particular. Around the same time, I took time off from my day job to join a peace march. I was marching with others whom I did not know, and struck up a conversation with a man, who also was marching on his own. I learned that he was a director of a mental health center and we chatted about job openings there. He encouraged me to apply for jobs at what I later learned was Harborview Community Mental Health Center (HCMHC), and I also learned much later that I had been marching with Dr. Lindbergh Sata, the CEO of that mental health center.

Soon after, I was hired as a mental health therapist at Harborview. Asians were underrepresented in the patient population, with me having one Asian in my caseload. The psychologist brothers Stanley and Derwald Sue, pioneers of Asian American psychology, had been advocating for ethnic-specific mental health services after finding through their research that the drop-out rate for Washington state mental health patients was significantly higher. Influenced by the Drs. Sue’s work, Dr. Sata approached me and said that it was extremely important for Harborview to move from a mono-cultural, Caucasian-based system into a multicultural system, and he wished to focus on the needs of Asian Americans.

Hypothesizing that Asians might seek mental health counseling if services were located in their own community, Dr. Sata instructed me to look for a place to do outreach work. The board of Blaine Memorial United Methodist Church very quickly approved of the use of one classroom one evening a week for free counseling services to Asians. One day, Dr. Sata and I went to the church to look over the setting at the classroom and to examine its adequacy. We were thrilled that it was a site that was rent-free, clean and safe. On our way out, he took out a twenty-dollar bill and handed it to me, and said, “Buy some green tea…serve tea to the clients.” He was already thinking of how to comfort in a culturally appropriate manner someone who might be quite uncomfortable about seeking mental health care.

I went around the community to advertise this free service, and every Tuesday evening I made tea. No one came for many weeks, until one day, a woman came in and asked, “Is there really free counseling here?” She did not know what a gift she was to us. It did not matter that we were sitting in a classroom at a child’s desk, sitting in children’s chairs. We had a good talk. She became the first of a group of clients that our core group of volunteer counselors assisted during the first years.

We affirmed that Asians were not the model minority and instead were no different than other groups when talking about mental health. We learned a great deal from these visits and were able to gather enough data to qualify for a demonstration grant from the United Way of King County. From those early efforts, Asian Counseling and Referral Service (ACRS) was born.

Now, it is gratifying to experience the same energy and enthusiasm of the protest period of the 1970s among the current ACRS volunteers and staff. There is still a tremendous amount of protesting and organizing to do. We’ll be celebrating ACRS’ 45th anniversary at its gala on October 27 and will reminisce about our most humble beginnings. I am so confident that ACRS will serve the community well for many more years to come.

Find out more about the event and get tickets at www.acrs.org/gala. Watch “The Gift,” a short film that recounts the founding of ACRS on www.acrs.org/acrs45.