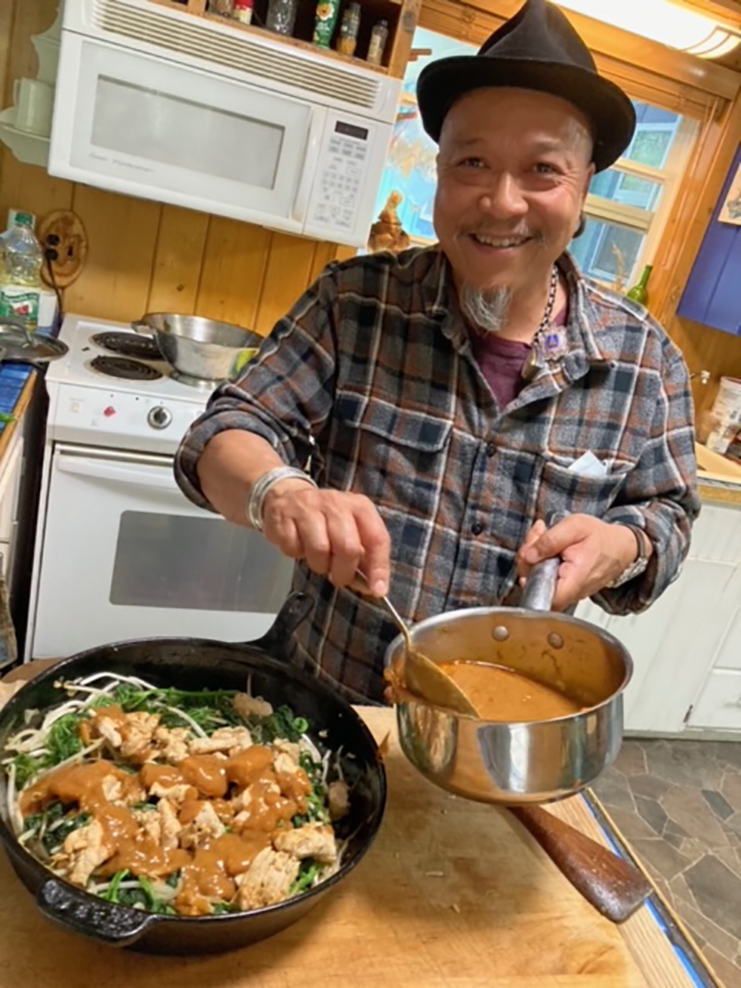 “He’s just a cool dude. He loved Thailand. He loved food and he just loved life”.That’s how Tammy Miller, the younger sister of Chef Tom Suanpirintra remembers her older and only brother who passed away unexpectedly last month in May.

“He died just six hours shy of his 55th birthday. It was too soon, and we are definitely still grieving,” said Miller.

But Miller said what has given her and her family comfort is the outpouring of love and support from people whose lives have been touched by a man Miller called a true “gentle soul.”

Suanpirintra moved to the U.S. with his family from their native Thailand when he was a young boy. He graduated from Interlake High school and went on to study aviation mechanics. But Miller said it was his love of cooking and Thai food, passed on by their parents, that led Suanpirintra back to the kitchen and to eventually open Thai Tom in 1994.

The tiny restaurant in the middle of U-District became a big hit thanks in part to the relatively new “open kitchen” concept. Suanpirintra became known for cooking up his authentic Thai dishes over the open flames, impressing guests who came through the restaurant over the years. He also made an impression on many of his employees who were trained in his kitchen and went on to open up their own eateries.

For Travis Holley, one of the first hires at Thai Tom, he said he stood out because he wasn’t a fellow Thai, but Suanpirintra took him under his wings like any other worker.

“I was only 17 when I applied, and I had no idea about this thing with Thai restaurants where most people who work there also tend to be Thai,” said Holley. “I applied because I loved the food. I never had Thai food before I ate at Thai Tom and it was the best food I ever had.”

Holley ended up working at Thai Tom for 10 years and learned the restaurant business from the bottom up. He said Tom started as his boss but the two formed a strong friendship that lasted until Suanpirintra’s passing.

“He was like my brother. He was my best friend. I just wish I could see him one more time,” said Holley, tearing up. “He was such a big part of my life. I ate my first Thai food at his restaurant. I went to Thailand for the first time on my honeymoon, and he was our personal tour guide. Now my wife and I have a 4-year-old daughter, and Tom was the best uncle to her. I will miss him forever.”

For chef and owner of Bangrak Market restaurant, Ott Jaicharoensook, Suanpirintra left a culinary legacy, especially among the Thai chef community in Seattle that is unmatched.

“For so long, Tom has been at the center of the Thai community and has always been supportive of new Thai restaurant founders,” said Jaicharoensook. “His kindness and generosity and willingness to help others will never be forgotten.”

Bangrak Market, located in the heart of Seattle’s Belltown neighborhood, is known for its authentic Thai dishes and ambiance. The restaurant also features an open kitchen concept and Jaicharoensook said that style was inspired by chefs like Suanpirintra.

“The people who work those woks. They are not just cooks. They are artists who put on a great show. That was Tom,” said Jaichaorensook.

Suanpirintra’s family plans to have a celebration of life for him later this year. They said it will likely be somewhere in the middle of nature because that’s where Suanpirintra felt most at home. His sister, Tammy, says her brother will be remembered for his skills in the kitchen as much as his kindness to everyone that he encountered.

“If he could make your life better, he would do it,” said Miller. “He loved his friends and family unconditionally, even someone he had just met and needed help. For Tom, his life was about making people happy. And, in many ways, he did that through his food. He really did.”