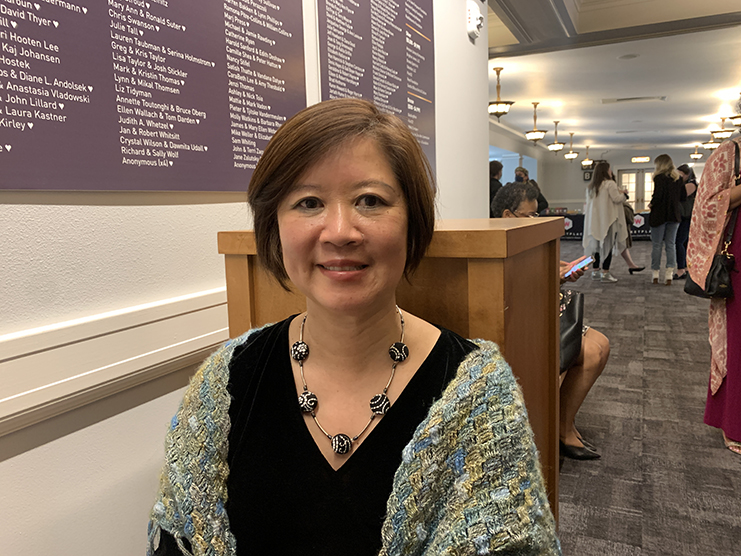 Refugee Artisan Initiative (RAI) is a women-centered organization that focuses on encouraging refugee women to use their handicraft skills to contribute to their family and community.

RAI’s executive director, Ming-Ming Tung-Edelman, was inspired by her grandmother who raised Tung-Edelman’s mother and her uncle by sewing clothes. Tung-Edelman noticed that refugee women, in the U.S. particularly, have the highest unemployment rate amongst all other communities, and she believed it was her time to give back to the community after being in the country for over three decades.

As of 2019, only 40% of the refugee women in the U.S. are employed, while the global refugee women’s labor market participation rate is low as 6%.

As an immigrant from Taiwan, Tung-Edelman understood what refugee women had to go through in terms of learning a new language and obtaining an education. With RAI, she was hoping to create more opportunities for women who have the same skill set as her grandmother to be able to use their skills to provide financial support for their families.

“Oftentimes people have the notion that refugees are coming here [the U.S.] because they are desperate, which is true, but other times they are here because they want us to help them without knowing what they could contribute,” Tung-Edelman said.

She said all refugees “have so much potential.”

“These people have come through so much trauma and determination. I think they are enough as who they are already. So why don’t we look at what assets they come in with, and try to help them to build a new life here with their strength?” she said.

Tung-Edelman believes that the action of the U.S. in accepting refugees will be beneficial for the country and its economy because refugees often want to integrate, work and assimilate into the local culture. Being an immigrant herself, she hoped to find a way to connect with refugees communities.

She described RAI as a women empowerment program. She said the standard way of employment does not accommodate women who have multiple children, do not speak English, are unable to drive, and do not have the educational skills that most companies are looking for.

“There are too many obstacles for refugee women to enter into our usual employment route,” she said. “So instead of focusing on their disadvantages, we are looking at what they’ve already had – the skill sets, and trying to build them up.”

Tung-Edelman said that RAI realizes the “hurdles”. They try to minimize them and provide hybrid training for refugee women workers. Not only do they show videos about sewing, but also pay visits to the refugees in person. They also provide refugee women with machinery training and market access.

“The refugees come to RAI and learn together with other women,” she said. “We created communities for these women to come and feel safe and being nurtured so that they could use their skills to provide income for their families.”

RAI emphasizes equity as well. The organization makes sure they look into the most common problems in the refugee women community, which are unemployment and under employment. RAI aims to create more accessible job opportunities for refugee women, allowing them to use their skills to earn living wages.

RAI works with refugees who are referred from agencies all over the world. It recently began working with a significant number of refugee referrals from Afghanistan.

“People from different parts of the world come to Seattle and sew. Particularly Afghan women, this is something they are familiar with – sewing and taking care of their kids.” Tung-Edelman said. “Sewing is a universal language.”

She also brought up about the cultural barriers that refugee women from Muslim communities and families are facing. In Muslim families, women can be expected to stay at home, which make make it difficult to get a job in the U.S. RAI recognizes that and centers on making their jobs flexible.

“We look at where their skill sets are and start them on making something simple such as napkins. And then work their way up to make medical scrubs,” Tung-Edelman said. “If they only wanted to do more general basic sewing, which is fine, but if they want to provide more for their families by using their skills, we should try giving them opportunities.”

She mentioned an inspirational story of a woman artisan in the organization who is originally from Afghanistan. She has five kids and she is not able to work outside her house. She’s currently one of RAI’s most productive members. She has a sewing room in her house where she’s able to work. After nine months of collaborating with the organization, she bought her husband a better car for him to use as an Uber driver.

A lot of products that the women artisans make will be sold under the brand name of RAI. Occasionally, the organization also collaborates with other brands like Tommy Bahama. They highlight sustainability by taking their fabric remnants and turning them into scrunchies or other products, which the brand will give away to their customers. They also work with Starbucks by turning their coffee bean bags into tote bags.

RAI also places importance on community needs. Throughout the pandemic, they turned donated and used fabric into 80,000 masks. During the cold winter, they raised funds to make over a couple thousands of free hats and warmers, making sure homeless people could keep warm and safe.

“We are using the ‘triangle impact’. Our goal is to hire 100 refugee women and provide them with training and work while diverting wanted textiles, and the third leg of our triangle impact is making community needs,” Tung-Edelman said.

RAI will be holding a community open house event on June 16 from 3-5 PM at their office. Building tours, creative workshops and artisan shops will be available for the public to visit.